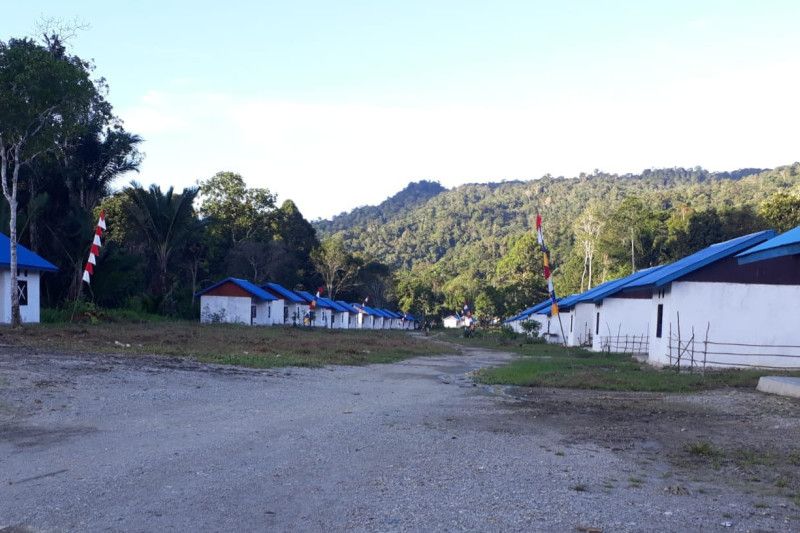 The construction started in October 2021, and we received house keys from the contractor on March 30, 2022

“This is God’s blessing to residents given through the government,” Teluk Wondama District Head Hendrik Mambor stated here, Monday.

Mambor earlier handed over keys of the new houses to Kurei Village Head, Yakobus Idorway, representing the 44 residents, who received new homes during a ceremony attended by various officials.

He said that the Social Affairs Ministry, through the ministry’s remote customary community empowerment programme, has assisted in the house construction process.

The district head noted that after the local authority put forth the proposal for house construction in 2019, the ministry had then followed up on it in 2020.

Construction of the new type-36 concrete houses began in October 2021 and was completed in March 2022, he added.

The district authority is committed to providing clean water, toilet, and electricity systems that were not installed during the construction process in order to ensure a comfortable life for the residents after moving into their new homes, he stated.

“The construction started in October 2021, and we received house keys from the contractor on March 30, 2022,” Wosiri remarked.

He revealed that the Social Affairs Ministry and the local government contributed a combined budget of Rp4.4 billion (US$294 thousand) to develop the 44 type-36 houses.