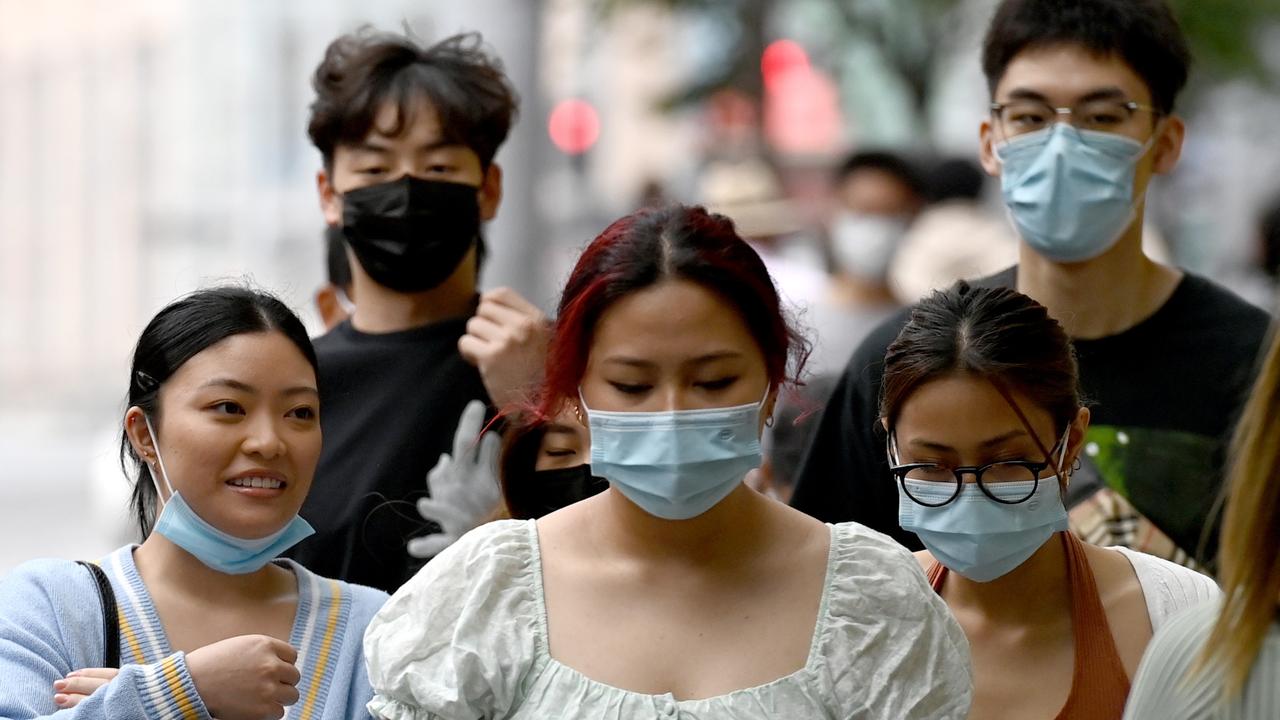 While Australia faces another surge in Covid cases, an epidemiologist says one figure shows cases are likely much higher than what they appear.

With Australia facing yet another surge of Covid cases – expected to rise even more over the coming weeks – an expert has said it is highly likely that current numbers don’t capture the full scale of the country’s battle against the pandemic.

Over the weekend, Anthony Albanese warned of an “increase in the number of cases over coming weeks,” as the Omicron subvariants of BA.4 and BA.5 take hold.

While the Omicron sub-variants are believed to be no more virulent, initial studies suggest they are more infectious and more capable at evading the immune system, despite vaccination and prior infection.

Speaking to the media after an emergency national cabinet was convened to deal with the escalating issue, the Prime Minister warned that case numbers would increase in August.

“If we get to a point where we need people to wear masks indoors because that is what is necessary to protect the health system, then they have to bring in mandates.”

And looking at Australia’s current confirmed Covid cases, Professor Bruce Thompson, head of the Melbourne School of Health Sciences at the University of Melbourne, believes the figure does not accurately capture the true number of infections.

He believes the actual number of Covid cases could be up to double those being reported.

“It would be much higher. Absolutely. You only need to look at hospitalisations. They’ve increased [at a much higher rate] in the last two weeks,” he said.

Hospital cases have seen a much starker increase, despite reports the dominant variants are less virulent than their predecessors.

He also stressed the importance of people registering their rapid antigen tests (RAT), if they return a positive result.

“This is really important. If you’ve got it, register that you’ve got it because we need to be able to plan if [lots of people] get unwell,” he said.

However, he concedes while RATs are “pretty good,” there can be issues with accuracy.

“If you’re positive then it’s highly, highly likely that you’re positive. But if you’re negative, you still have a 30 per cent chance you can still be positive,” he said.

“So if you’ve got symptoms and you’re negative, go get a PCR. Your symptoms can be as subtle as a runny nose, or you just notice that you’re feeling a bit [depleted].”

Given the current figures, Prof Thompson believes a strategy which allows the virus to run rampant in the community is irresponsible.

This comes as NSW Premier Dominic Perrottet called on Prime Minister Anthony Albanese to reduce the isolation period for people infected with Covid from seven days to five days.

“Ultimately, we have to get to a point where if you are sick you stay at home and if you are not sick you can go to work,” he told news.com.au.

“And I think we need to look at the periods of time in which we are forcibly requiring people to not be able to work and provide for their families.”

While Mr Perrottet specified he doesn’t intend to “let it rip,” he called on health officials to share their views.

Prof Thompson however – who lives with autoimmune disease Rheumatoid Arthritis and is currently recovering from Covid himself – says allowing the virus to run rampant could lead to unnecessary deaths.

“When politicians and people say, ‘We need to just let this thing rip,’ what they should say instead is that, ‘I fully understand that hospitalisations will go through the roof and that will probably cripple our system,’” he said.

“Nobody says, ‘I fully understand that the mortality rate will kill lots of people but I still think it’s better to let it go [but that’s what will likely happen].

“I find that quite distressing.”

Ultimately, Prof Thompson believes people still need to be aware of the risks posed by Covid, especially if they’re coming into contact with those who have compromised immune systems.

‘Simplest thing’ to stop the spread

Prof Thompson is also an advocate for the increased use of face masks – an area in which he believes politicians should lead by example.

“Our leaders are not wearing masks, which is the simplest thing we can do and it would make a big difference if the premiers, the Prime Minister and all these other people walk out with masks on,” he said.

“We know full well that it decreases transmission. I’m happy for them to say, ‘It’s your choice,’ but try some leadership.”

Federal, state and territory governments have been hesitant to implement mask mandates.

On Friday, NSW Premier Dominic Perrottet actively declared that the rules were a “a time of the past when you had lower vaccination rates”. Despite this, they remain mandatory on public transport, in hospitals and aged care facilities.

And while Mr Albanese “highly encouraged” mask use in settings where “people are mixing” and social distancing can’t be achieved, he stopped short of implementing a hard rule.

The airlines least likely to cancel your flight this summer revealed – is yours on the list?