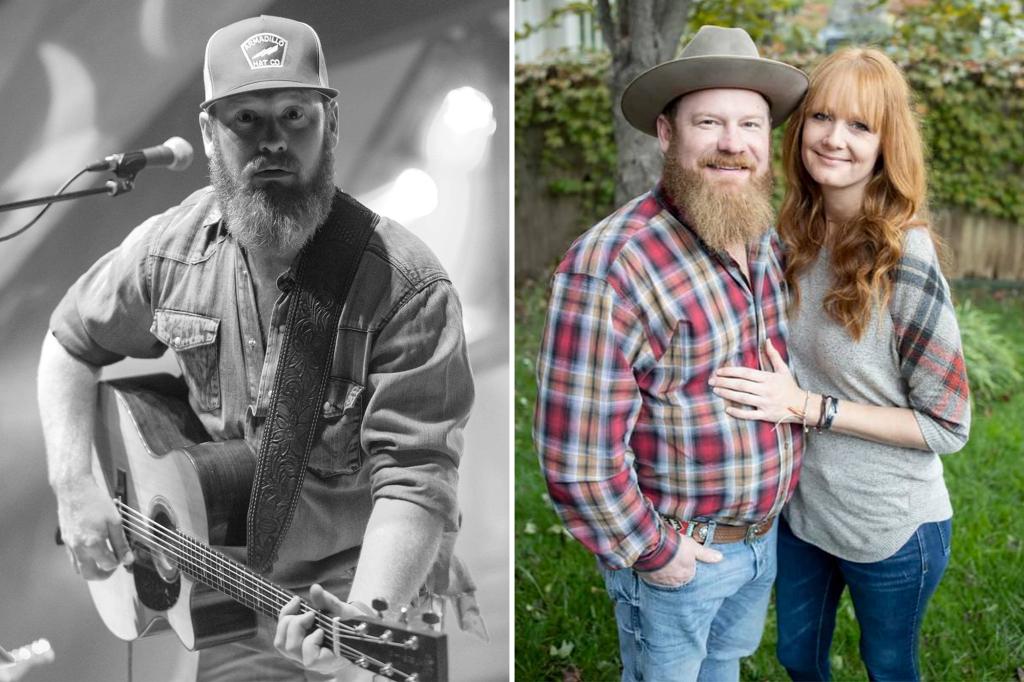 “With a broken heart and in deep grief I must announce that Jake Flint has tragically passed away,” his manager, Brenda Cline, wrote on social media Sunday night.

“I’ve tried several times today to make a post, but you can’t comment on what you can’t process,” added Cline, who didn’t reveal a cause of death for the Red Dirt performer and songwriter.

According to a report in the Oklahoman, Flint died Saturday night in his sleep.

Flint’s widow, Brenda Flint, posted a video apparently taken at their wedding, reported Tulsa news radio station KRMG, that showed the singer dancing outdoors and hugging and kissing his new bride as a photographer captured the playful and tender moments. The video was captioned simply: “I don’t understand.”

In a heartbreaking follow-up post Tuesday, Brenda Flint shared the pain she was feeling.

“We should be going through wedding photos but instead I have to pick out clothes to bury my husband in. People aren’t meant to feel this much pain,” she wrote. “My heart is gone and I just really need him to come back. I can’t take much more. I need him here.”

His manager added that he was set to continue along his career path, seemingly alluding to Dec. 2, when Jake was scheduled to start a string of shows in Oklahoma and Arkansas that would have continued through May 2023.

“I loved him much like a son. The funniest, most hilarious, hardest working, dedicated artist I have ever worked with in my career,” Cline continued in her tribute. “We were just about to embark on some business together after he and Brenda got married — which was yesterday. Yes, yesterday.”

Flint, a Tulsa native, was born in 1985 and raised in Holdenville and lived in Mounds, according to his website.

He was known for hit songs such as “Hurry Up and Wait,” “Long Road Back Home,” “What’s Your Name?” and “Cowtown.”

“Jake has a million friends and I’m not sure how everyone will cope with this tragic loss. We need prayers — it’s all so surreal,” Cline continued. “Please, please pray for his new wife Brenda, Jake’s precious mother, his sister and the rest of his family and friends.”

Cline added: “This is going to be incredibly difficult for so many. We love you Jake and in our hearts forever.”

Flint’s publicist, Clif Doyal, told the Oklahoman that he was “an ambassador for Oklahoma Red Dirt music,” a genre of country that gets its name from the soil in the Sooner State.

Flint’s fans sent their love and condolences to his family, writing words of comfort in the comments for Cline’s statement.

“Life can be so unbearably cruel! I’m so very sorry Brenda for you, his wife, family and friends! Healing Hugs and Comforting Prayers,” one follower wrote, while another added, “Oh no, this is such a big loss. I’m so sorry.”

“Jake was a great musician, friend and person. I was blessed to have known him and to call him friend. My thoughts and prayers to Jake’s wife, and family. Jake and Billy will be writing and playing together once again in heaven. Fly High Jake…. till we meet again,” one person solemnly penned.