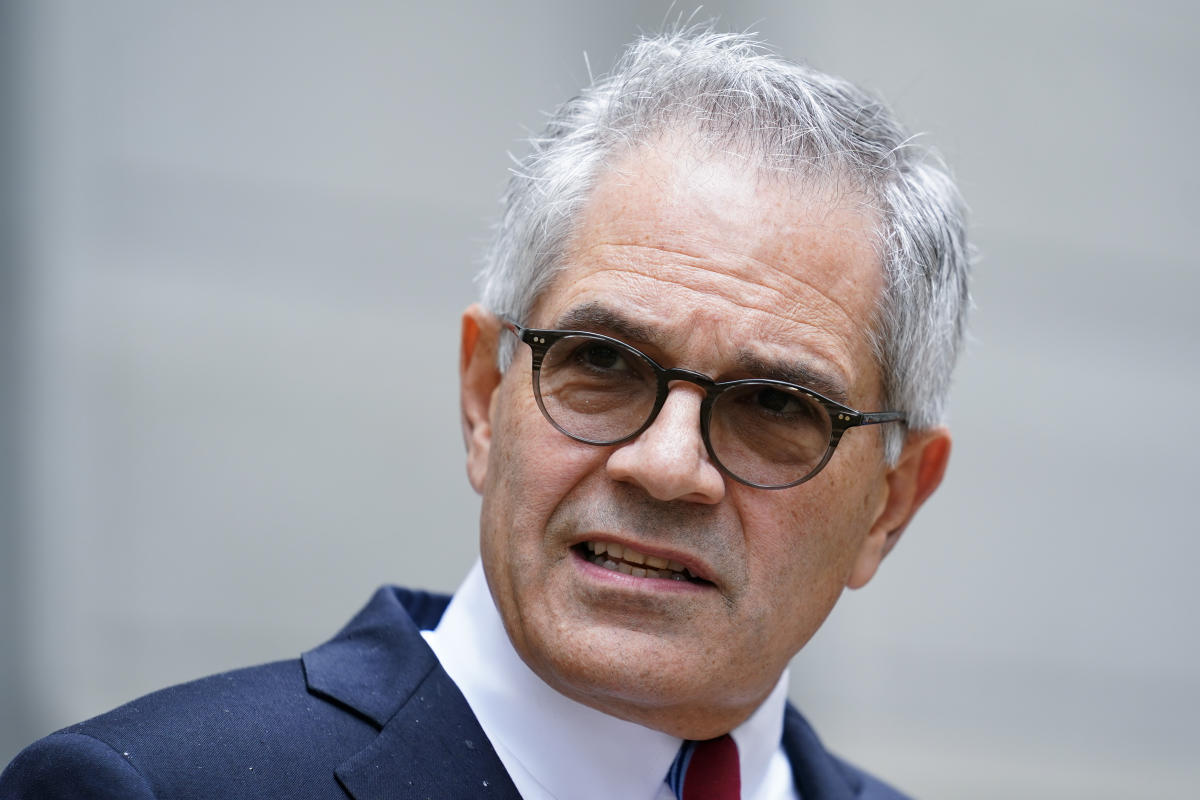 HARRISBURG, Pa. (AP) — A Pennsylvania court is weighing whether to step in and stop the Legislature’s impeachment proceedings against Philadelphia’s district attorney, in a case that is part of a wave of efforts across the country to remove progressive prosecutors as violent crime rose nationally.

The separation of powers, and where legislative authority stops and the court’s begins, were central to arguments in court over a lawsuit by District Attorney Larry Krasner, a Democrat, challenging the state Legislature’s attempt to remove him from office. A four-judge Commonwealth Court panel, split evenly between Democrats and Republicans, weighed precedent and authority in nearly two hours of arguments.

In his lawsuit, Krasner asked the court to halt the impeachment proceedings against him and declare not only that the Republican-controlled General Assembly lacks constitutional authority to remove local officials like him, but that the claims against him do not rise to the impeachable standard of “misbehavior in office.”

Krasner, who was overwhelmingly reelected by Philadelphia voters last year, has not been charged with a crime or been sanctioned by a court. He has dismissed the House’s Nov. 16 vote to impeach him as taking aim at his ideas, a notion Democratic Judge Ellen Ceisler echoed during Thursday’s entirely virtual proceedings.

“It seems to me that these impeachment proceedings are based on disagreement with public policy and an elected official’s discretion,” Ceisler said. “I think that this proceeding could set terrible precedent in the future.”

Progressive prosecutors, whose platforms tend to support alternatives to incarceration, an end to a racist war on drugs and methods to hold police officers accountable, faced scrutiny as the COVID-19 pandemic created massive social disruption. Violent crime rose in the first year of the pandemic, and though it was fairly steady through 2021, it has yet to fall to levels seen before the coronavirus spread globally. Statistics are not yet available for 2022.

Similar efforts to remove those progressive prosecutors took shape across the country, though with mixed success: voters in San Francisco recalled District Attorney Chesa Boudin in June, but an attempt to recall Democratic Los Angeles District Attorney George Gascón failed this summer when organizers were unable to get it onto the ballot.

The Pennsylvania judges did not say when they would rule. A trial in the state Senate is scheduled to start Jan. 18.

The House asserts in its seven impeachment articles that Krasner should be removed from office for various reasons, including his failure to prosecute some minor crimes and his bail request policies and criticism of his management of the district attorney’s office.

Judge Patricia McCullough, a Republican, suggested that precedent prevents the court from stepping into the goings-on of the Legislature.

“The problem is you’re asking the court to intervene and that is going to set another huge precedent for the people of this commonwealth if the court can usurp its separation of powers principle and stick its hand into a process that the Supreme Court says belongs to the General Assembly,” McCullough said. “And that’s really the issue.”

Judge Michael Wojcik, a Democrat, noted that some of the impeachment articles involve the professional conduct of lawyers — a matter regulated by courts — and he questioned whether those articles overstep legislative authority.

“Is that not solely within the authority of the Supreme Court to decide and is not the House in charging this, and the Senate trying that, ostensibly violating that separation of power by delving into something that’s reserved for the courts?” Wojcik asked. “Is it not our role to protect the court’s position and authority in that regard?”

The state House voted on nearly party lines to impeach Krasner on Nov. 16, sending the matter to the state Senate.

Removing Krasner from office will require support from two-thirds of senators, where the GOP holds a 28-22 majority, and would require cooperation from Democrats to convict him.

Republican lawmakers say the chamber is obligated to consider the impeachment articles and that the courts should take no role in the impeachment process. Democratic lawmakers say that it is unconstitutional for the trial to roll into the new two-year legislative session. Lawmakers have rarely used their impeachment power; they have only removed two officials, both of them judges, in 1811 and 1994.

Brooke Schultz is a corps member for the Associated Press/Report for America Statehouse News Initiative. Report for America is a nonprofit national service program that places journalists in local newsrooms to report on undercovered issues.