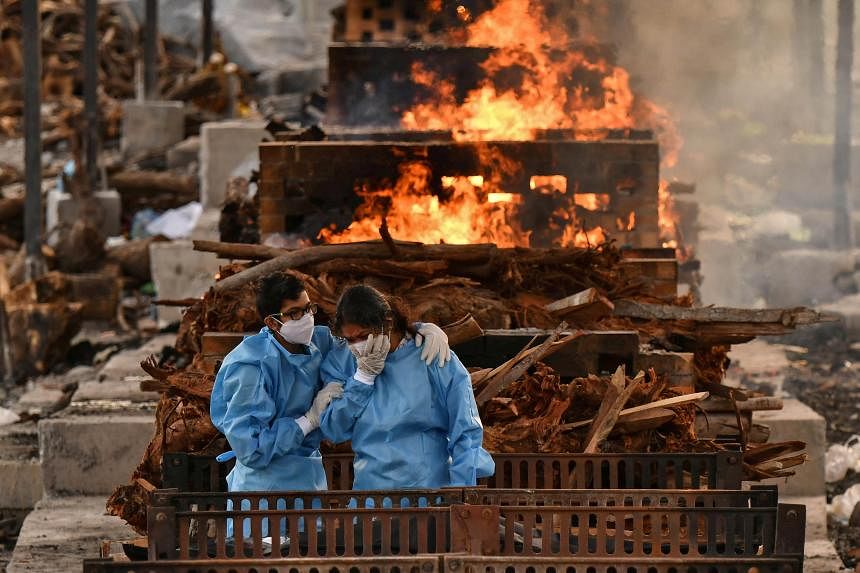 PARIS – The true global death toll of Covid-19 remains difficult to nail down three years after the first case was detected, though experts agree there have been far more fatalities than officially reported.

The difference between the official and real figures could diverge even further in 2023, with modelling predicting more than a million deaths in post-zero-Covid China, which recently narrowed how it counts fatalities.

There have been more than 6.65 million officially reported Covid-19 deaths since the virus was first identified in China in December 2019, according to the World Health Organisation (WHO).

However, countries count Covid-19 deaths differently, and methods have changed throughout the pandemic.

Attributing deaths to Covid-19 can be a very difficult exercise, said Dr Antoine Flahault, director of the Institute of Global Health at the University of Geneva.

The death of a patient in a hospital in a developed country who had already been diagnosed with Covid-19 could be straightforward, but that is often not the case and doctors “usually do not have much information” to guide them, said Dr Flahault.

Instead, researchers have sought to compare the total number of deaths from all causes recorded since 2020 to what would have been expected if there had been no pandemic.

Using these figures, researchers from the WHO reported in the journal Nature earlier in December that there were 14.83 million excess deaths from Covid-19 in 2020 and 2021, updating a figure first released in May.

That is nearly three times higher than the 5.4 million officially reported Covid-19 deaths over those two years.

Research from the US-based Institute for Health Metrics and Evaluation (IHME) estimated in March that the number was an even higher 18.2 million.

But Dr Flahault said even these figures could “perhaps still be an underestimate”.

The toll has risen more slowly in 2022. A regularly updated tally from The Economist estimates that there have been 21 million excess deaths since the pandemic’s start – 3.1 times higher than the official number.

According to the WHO figures, India has by far the most excess deaths linked to Covid-19 in 2020-2021 with 4.74 million, a figure the Indian government has sharply disputed.

Russia came next with a little over a million. However, the biggest disparities between the expected number of deaths and the actual figure were in South America.

Peru, for example, recorded around twice as many total deaths in 2020-2021 as it had in normal times.

However, Dr Hanno Ulmer of Austria’s Medical University of Innsbruck pointed out that there were “also strong dengue fever outbreaks during the pandemic years in Peru”, which could have increased the number of excess deaths without being linked to Covid-19.

Another problem is that many nations have little or no data in the first place.

“For almost half the countries of the world, tracking excess mortality is not possible using the data that are available and for these we must rely on statistical models,” the WHO researchers said.

In Africa, monthly data on deaths was only available for six out of 47 countries.

A million deaths in China

Looking forward to 2023, China’s lifting of its zero-Covid measures looms large as a possible source of new deaths.

With the first easing of strict measures in place since the start of the pandemic, few of China’s 1.4 billion population have immunity from previous Covid-19 infection, and vaccination rates have lagged, particularly among the at-risk elderly.

Last week, China reclassified what it considers to be Covid-19 deaths, which will now only count if they come directly from respiratory failure, in a move that analysts say will dramatically reduce the number of officially recognised deaths.

Hospitals across China have been overwhelmed by an explosion of infections in recent weeks but just one new death was added on Thursday to a tally by a national disease control body.

Dr Ali Mokdad, a professor of health metrics sciences at IHME, said good data was the only way “we can manage to stay ahead of the virus”. AFP