‘Critically ill’ Putin falls down stairs and ‘soils himself’ while plagued with cancer, claims Kremlin ‘insider’ 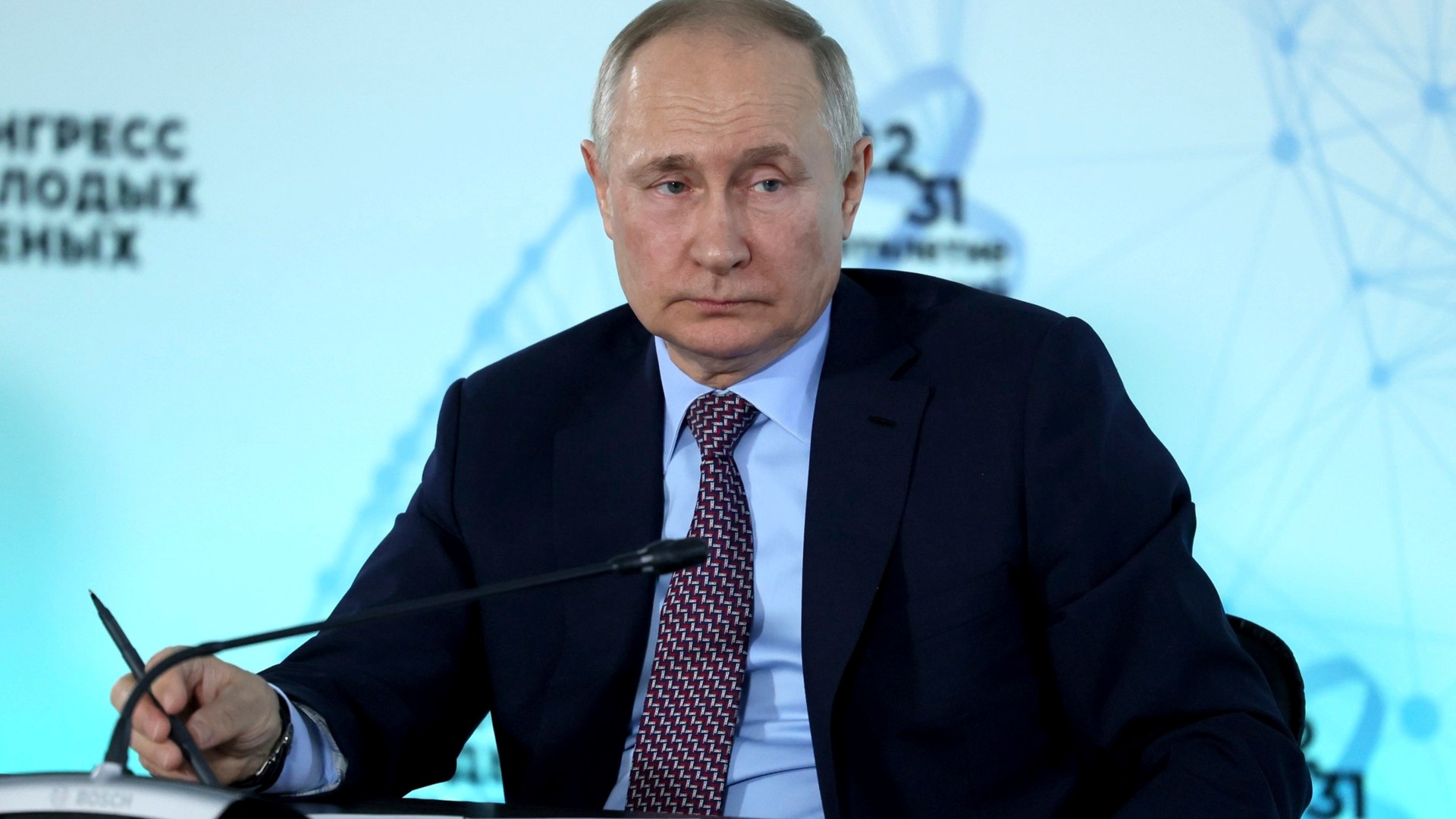 VLADIMIR Putin has reportedly slipped and fallen down several stairs at his official residence, according to claims from a so-called Kremlin insider..

According to the report, the 70-year-old cancer hit Russian tyrant was allegedly helped to a sofa by bodyguards as his personal doctors rushed to assist him.

The claims say that Putin allegedly soiled himself during the fall.

Rumours have persisted that Putin is “critically ill” and the latest claims come after he appeared to wheeze and gasp through a meeting with grieving mothers whose children were killed in Ukraine.

The latest allegation about his health comes from Russian Telegram channel General SVR which claims to be fed information by a Kremlin insider.

The channel bases its claim about the fall on having sources in Putin’s entourage without offering more proof.

According to the channel’s claim, the fall led to bruising of his coccyx but also highlighted problems from “cancer of the gastrointestinal tract”.

The Russian president was walking downstairs when he “stumbled and fell to his back, after which he fell on his side and slid down a couple of steps, alleges General SVR.

According to its claim, the incident took place in front of the president’s bodyguards, who reacted quickly and rushed to Putin’s aid,

Three security officers allegedly helped the president to get to the nearest sofa and called the doctors who are on duty at the residence.

Its report claims medics “arrived within a few minutes, but could not immediately examine the president”.

This was due to him suffering cancer in his of the gastrointestinal tract which has already caused digestion problems, alleges the General SVR channel.

The fall allegedly caused what is described as an “involuntary” reaction and doctors escorted the president to the bathroom and helped to clean up before they examined him.

The General SVR report alleges nothing critical was diagnosed and the bruising was treated with painkillers while an investigation is to be carried out into what provoked the alleged fall.

The fall comes despite Putin wearing shoes fitted with an with anti-slip coating, it’s claimed.

Despite this alleged incident Putin was able to attend and speak at a young scientists’ conference in Moscow on Thursday, claims General SVR.

Earlier this week, Putin’s feet appeared to twitch and spasm during a meeting with Kazakhstan’s president Kassym-Jomart Tokayev, a possible sign of Parkinson’s disease.

Footage showed his legs jolting and his feet tapping as he spoke to the cameras about the “special significance” of the meeting.

He was also pictured with a discoloured hand while meeting with his counterpart from Cuba.

What pay increase do you need to keep up with inflation?

Suspected Chinese spy balloon moving over U.S.: What we know so far