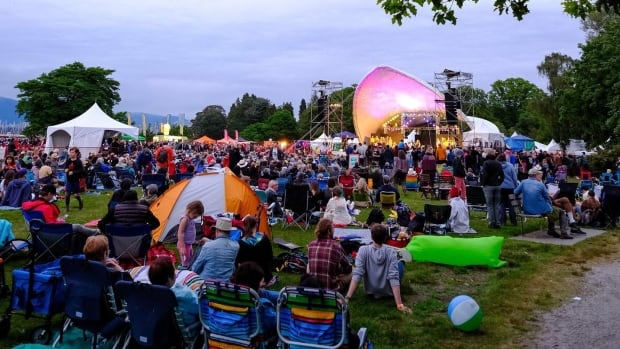 The Vancouver Folk Music Festival will not be returning to the city in 2023, as the changing event landscape and rising production costs leaves the long-term future of the event hanging in the balance.

A statement from the festival’s society on Tuesday said it would take an extra $500,000 to produce a festival this summer, which would be “unfortunately not realistic or sustainable” with its current cash flow.

“We came back in 2022 to find the festival environment greatly changed,” read a statement from Mark Zuberbuhler, president of the festival’s board.

“On top of costs continuing to rise, we are also facing new financing challenges, which makes the production of the festival unsustainable.”

The statement said it took “Herculean efforts and massively increased costs just to cover the basics of production” for the 2022 festival — the first to be held since 2019 — since the cost to host music events has risen sharply in wake of the COVID-19 pandemic.

“For example, many of our vendors now require payment up-front, which our cash flow does not allow for,” said Zuberbuhler.

Beyond the immediate cancellation of any festival this year, the Vancouver Folk Music Festival Society (VFMFS) could be dissolved entirely.

The society — a not-for-profit, charitable organization — hosts year-round concerts and events in addition to the flagship, volunteer-run festival.

“Given these difficulties and the current financial position of the society, the VFMFS board of directors has regrettably agreed on a recommendation to members that the society should cease operations by the end of March 2023 to help ensure the society meets its fiduciary obligations,” the statement read.

Members will vote on whether to dissolve the society on Feb. 1.

An announcement about the festival’s long-term future is expected the following day.

The three-day festival has been a fixture of the region’s arts and culture scene for nearly 45 years. Consistently one of the most popular celebrations, the festival found success in its heartfelt community atmosphere and commitment to bring concert-goers music from all over the world — from bluegrass to Celtic folk and indie rock.

The event prevailed in recent years even when other contemporary mega-festivals failed, including those in Squamish and Pemberton.

The folk festival, long held at Jericho Beach Park, did not go ahead in 2020 and 2021 due to pandemic restrictions on concerts and large gatherings.