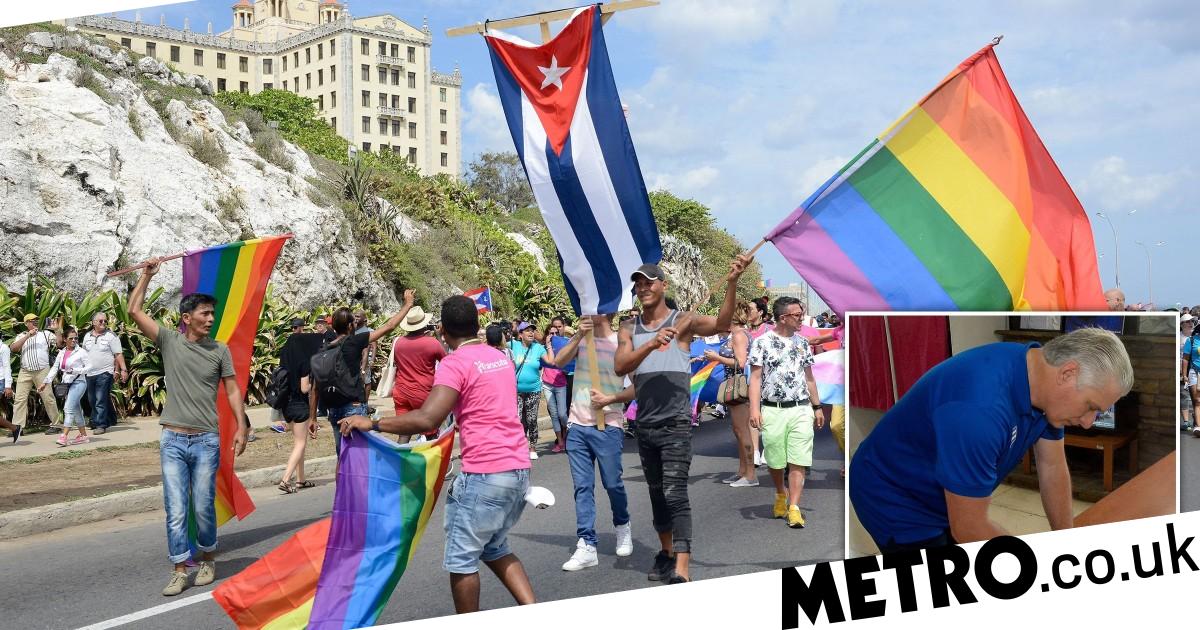 Cubans overwhelmingly voted to allow same-sex couples to marry and adopt as part of a family code among the most progressive in Latin America.

About 33%, or 2 million people, opposed the measure.

The law is a triumphant turnabout for a country whose government once sent gay and bisexual men to forced labour camps to ‘reeducate’ them.

But it doesn’t end there. The package also expands protections for women, children and the elderly, allows for surrogate pregnancies and encourages couples to share housework and other domestic responsibilities.

President Miguel Díaz-Canel said ‘love is now the law’ in a statement celebrating the vote.

‘Justice had been done,’ he tweeted, adding that the code is a way to ‘pay off the debt of several generations’ of Cubans.

‘As of today,’ Díaz-Canel added, ‘we will be a better nation.’

‘Code Yes was the majority vote. Our people opted for a revolutionary, uplifting law that drives us to achieve social justice for which we work every day.’

And Cubans thought such a change was needed, given that 74% of the 8.4 million eligible voters took part, according to preliminary results.

But the referendum faced stiff resistance from the Roman Catholic Church and the island’s growing evangelical movement, clashing against the government’s public messaging urging people to vote yes.

Though some human rights activists felt that putting the rights of LGBTQ+ up for vote should never have happened in the first place.

Juan Pappier and Cristian González Cabrera, researchers at Human Rights Watch, wrote in a column in May: ‘The recognition of the rights of minorities, including LGBT people, should not hinge on a popularity vote.

‘That is an affront to the human dignity of already marginalized people subject to violence and discrimination, and could expose their lives and identities to unnecessary and harmful public debate, scrutiny, evaluation.’

Robbie de Santos, director of communications and external affairs at British LGBTQ+ charity Stonewall, told Metro.co.uk the referendum result is, above all, ‘wonderful’.

‘This historic referendum comes after hard-fought campaigning by LGBTQ+ Cubans, who today should celebrate their success,’ he said.

‘While the fight for LGBTQ+ equality in Cuba is far from over, we hope this joyous moment will pave the way for respecting the rights and dignity of our LGBTQ+ siblings in Cuba.’

Cuba has come a long way since the 1960s when LGBTQ+ people were routinely jailed without charge or trial, beaten and banned from government jobs.

Fidel Castro’s government carted gay men off to camps known as Military Units to Aid Production (UMAP) where they were buried in the ground up to their necks, had dirt crammed in their mouths or were tied up outside in barbed wire.

Those who avoided persecution often fled the country altogether.

Such bigotry was rooted in the idea that gay and bisexual men went against the idea of the hypermasculine revolutionary.

Now nearly eight in 10 Cubans feel LGBTQ+ people should have the same rights are straight people.

Mariela Castro, the former president’s niece, has been a key figure in the country’s LGBTQ+ rights movement.

Tweeting about the ‘most fair and beautiful law in the world’, she said: ‘Now love is law on the island of freedom.’