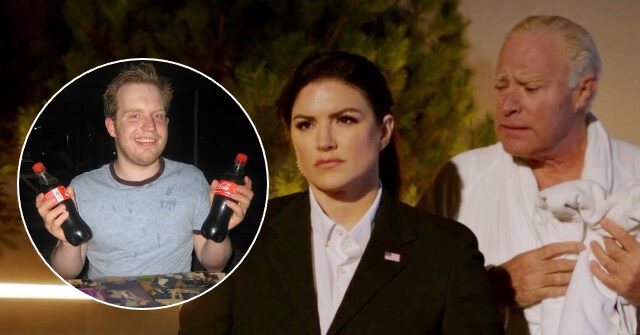 Boy, things sure have changed over at the far-left Daily Beast. Apparently, there’s a new Daily Beast policy where you have to actually see the movie before you review it. That wasn’t the case last week.

It’s always good to see the corporate media improving itself.

And yet, the facts in My Son Hunter come directly from Hunter Biden’s laptop.

I’m sorry. Allow me to rephrase that… The facts in My Son Hunter come directly from a laptop the New York Times has verified as belonging to Hunter Biden.

So why would the Daily Beast’s Will Sommer (pictured, left) whore out his credibility like that?

Well, maybe Slick Willy didn’t write that fake headline. After all, nothing in his review supports the headline’s “fantasy” claim. At no point in his review does he show or prove that My Son Hunter gets a single fact wrong. Too bad Willy wasn’t man enough to demand an accurate headline. I would. But my name means something to me.

Well, there is this…

Even as the film sacrifices its narrative to detail every foreign business venture the younger Biden was involved in, though, it appears to sacrifice some accuracy—a murderous Biden associate in Ukraine named Ivan Dollarevsky, for example, seems to be totally invented.

But how “seems to be invented” adds up to “fantasy” can only be answered in the fever swamps of media outlets desperate to keep their readers ignorant.

Hunter Biden’s life has made it to the big screen—or at least to the computer screens of anyone willing to pay $21.99 to watch My Son Hunter, a dramatization of the presidential son’s shady business deals and drug abuse, released Wednesday. Distributed by Breitbart, My Son Hunter is probably the best conservative movie to emerge from the right-wing media in recent memory. [emphasis added]

He adds, “That doesn’t mean My Son Hunter is any good,” but then admits that his “fantasy” movie  “draws on Hunter Biden’s real-life legal travails.”

I thought this was a fantasy?

Willy, Willy, Willy… Have you given any thought into transitioning into a man?

You want fantasy? I got some fantasy for you…

Oh, so much more.

And here’s some McCarthyism to take withya.

My Son Hunter marks Breitbart’s expansion into film distribution. The film is available at MySonHunter.com and became available for streaming and download September 7.  The trailer has already been viewed over 4.5 million times across social media.

Ilya Yashin, jailed Kremlin critic: Government has ‘failed to shut me up’