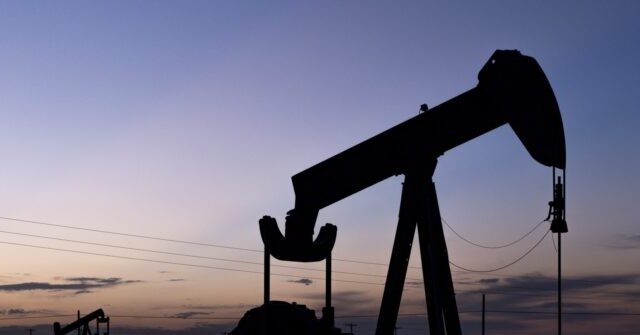 Dec. 29 (UPI) — The outlook for the energy sector in Texas is somewhat pessimistic as concerns about a recession limit the oil price that some explorers were hoping for, a survey from the Federal Reserve Bank of Dallas found.

The Dallas Fed interviewed executives from 152 energy firms between Dec. 7 and Dec. 15. On average, most said they expected West Texas Intermediate, the U.S. benchmark for the price of oil, to average $84 per barrel by year-end 2023.

A geopolitical risk premium emanating from the war in Ukraine helped push WTI to its high point of $122.11 per barrel on June 8, though concerns about a global recession and market adjustments to buffer against the sidelining of Russian oil have since pulled the price lower.

WTI was trading at around $78 per barrel on Thursday.

The U.S. Energy Information Administration, the statistical arm of the Energy Department, is forecasting an average WTI price of $86.36 for 2023, down from the average of around $95 for this year.

The Dallas Fed said most shale oil companies will break even so long as WTI is in the mid- to low-$60 range, but one respondent to its latest survey said even that wasn’t enough.

“The decline in the price of oil is of some concern because we are involved in a much higher level of drilling compared to one year ago,” a survey respondent said. “Our economics were figured around $80 per-barrel oil, and that could decrease over the next few months.”

Nevertheless, the Fed’s survey showed that activity in the Texas oil and gas sector increased throughout much of the fourth quarter. Energy sector data provider Enverus shows the total U.S. rig count as of Dec. 21 was about 20% higher than last year. There were 333 rigs working in the Permian shale basin in Texas, a level not seen since March 2020.

That in turn led to an increase in overall production, though those responding to the survey said cost of materials, supply-chain bottlenecks and labor shortages are a growing concern for industry players.

“Inflation continues to be a top-of-mind issue in exploration and production. We are girding ourselves for further cost increases in 2023,” one respondent said. “This is against a backdrop of commodity price uncertainty and fears of demand destruction owing to recession.”

U.S. inflation is a few percentage points below peak levels of around 10% from earlier this year, though policymakers are raising their lending rates to bring levels closer to a target in the single-digits. The higher cost of borrowing and the resultant decline in demand could in theory trigger a recession, though job losses aren’t severe enough yet for a formal downturn.