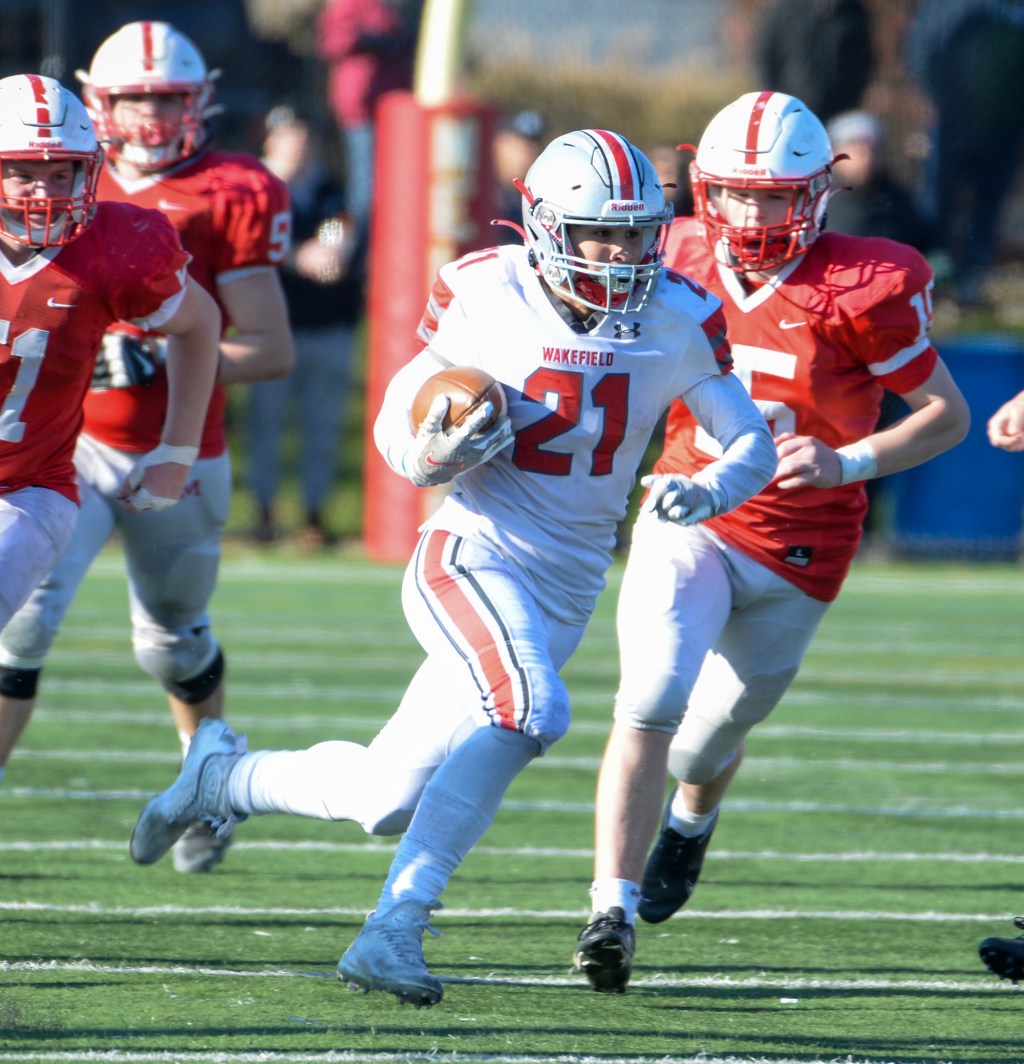 Sixteen teams will converge on Gillette in hopes of being of the eight teams to be crowned an MIAA State Champion in their respective divisions. You have several different themes ranging from repeat hopes (Springfield Central and Catholic Memorial) to teams looking to atone for last year’s title game setback (Duxbury, Hull and North Reading) as well as teams looking to complete an undefeated season (Catholic Memorial, Duxbury, Milton, Wakefield, Hull and Shawsheen).

Here is our quick breakdown and final predictions by division.

Springfield Central will try to defend its Div. 1 crown against a talented St. John’s Prep team peaking at the right time. For the Eagles to have any shot at an upset, they must a find a way to slow down William Watson and the explosive Golden Eagles offense — easier said than done.

St. John’s Prep, blessed with terrific athletes at the skill positions, may be the best equipped of any Div. 1 teams to challenge Springfield Central. Don’t be surprised if this game is closer than people think.

A rematch of last year’s championship contest, won by Catholic Memorial, 42-18. King Philip hung tough with the Catholic Conference champions for three quarters before the Knights took over. The same scenario could very well play out here again.

Someone’s 0 has got to go in the battle of unbeatens. Bay State Conference champion Milton will be looking to win the first football championship in school history and will lean on standouts such as Owen McHugh and Jack Finnegan to get the job done. Wakefield opened some eyes with an early win over Div. 6 Super Bowl entry Stoneham and rode the wave to an undefeated season behind league MVP Javin Willis, talented TE Ian Dixon and a group of hard-nosed players.

Duxbury returns to the Div. 4 championship after a last-second loss to Scituate a year ago. Quarterback Matt Festa has put together one of the best seasons in recent history, a threat with his arm or his legs. Grafton won its first 11 games before losing to Millbury on Thanksgiving when head coach Chris McMahon decided to rest his starters. Prior to that game, the Gators had allowed just 11 touchdowns in their last nine games.

Senior-laden North Reading returns to Gillette for the second straight year in search of the school’s first title. Cape Ann League MVP Alex Carucci leads a high-powered offense that averaged over 30 points a game. Shawsheen is no shrinking violet on offense either as sophomore quarterback Sidney Tildsley orchestrated an attack which scored at least 20 points in every game.

A terrific matchup between two hard-hitting, well-coached teams. St. Mary’s has won seven straight, including a state semifinal win over defending champion Rockland. Catholic Central League MVP David Brown is a standout on both sides of the ball.

Stoneham comes in on the heels on a fantastic Thanksgiving Day win over a very good Reading squad. Colin Farren is a threat any time he has the ball and Jason Nutting is a solid quarterback.

An all-Central Mass. final between two teams who love to run the ball. Since a week 2 loss to Div. 6 state finalist Stoneham, St. Bernard’s has ripped off 10 straight wins, including an impressive semifinal triumph over defending champion Cohasset. West Boylston is looking to go a perfect 3-0 in championship games, defeating a good Amesbury team in the semifinals to arrive here.

Brad William Henke dead at 56: Orange Is The New Black and Dexter actor’s family reveals details of his unexpected death