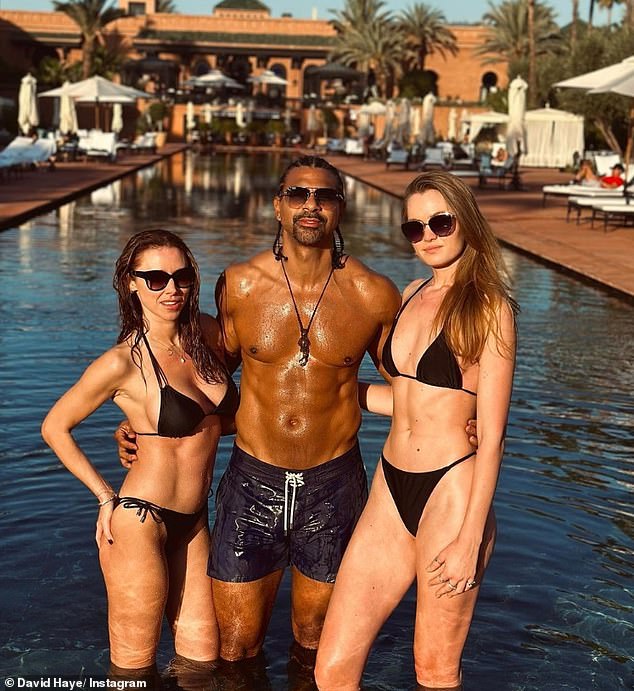 By Rebecca Davison for MailOnline

Boxer David Haye confused fans as he shared a very cosy photo of himself and The Saturdays singer Una Healy while on holiday in Marrakech.

The comments section was full of comments from his followers who had couldn’t believe they knew each other and some wondered if they were dating.

Una, 41, and David, 42, were joined by fashion model Sian Rose Osborne, 30, who has actually in a relationship with David since 2020 after she modelled for his Black Mask Company.

Lucky man: David Haye shared a VERY cosy picture with The Saturdays’ bikini-clad Una Healy, (left) on holiday in Marrakech on Monday, leaving fans convinced they are dating – but his girlfriend Sian Osbourne (right) was there too! 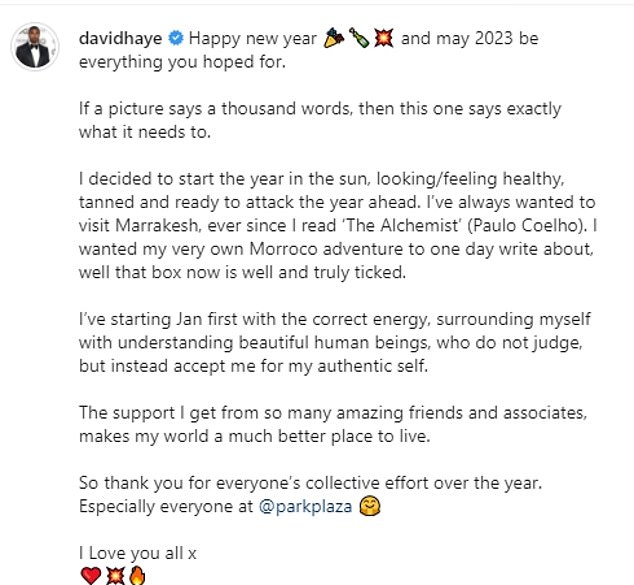 She has appeared on various magazine covers in the UK and Middle East, and starred in an ad campaign for Chinese beer Tsingtao.

In the image, David stood in the middle of the  two stunning ladies, who both looked incredible in black bikinis.

He captioned the image with the words: ‘Happy new year and may 2023 be everything you hoped for. If a picture says a thousand words, then this one says exactly what it needs to. 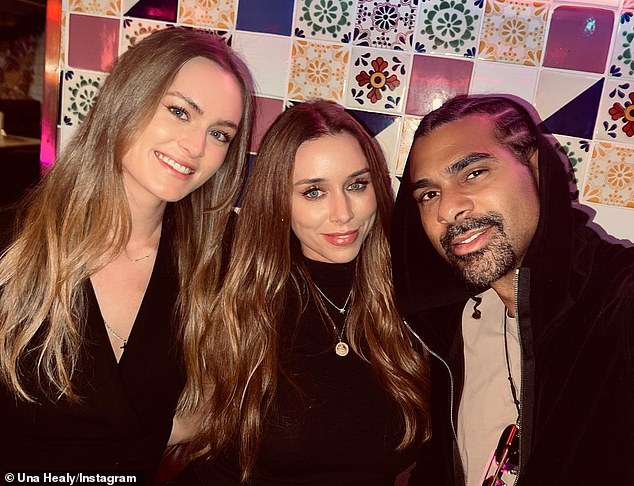 ‘I decided to start the year in the sun, looking/feeling healthy, tanned and ready to attack the year ahead. I’ve always wanted to visit Marrakesh, ever since I read ‘The Alchemist’ (Paulo Coelho).

‘I wanted my very own Morroco adventure to one day write about, well that box now is well and truly ticked.’

He continued: ‘I’ve starting Jan first with the correct energy, surrounding myself with understanding beautiful human beings, who do not judge, but instead accept me for my authentic self. 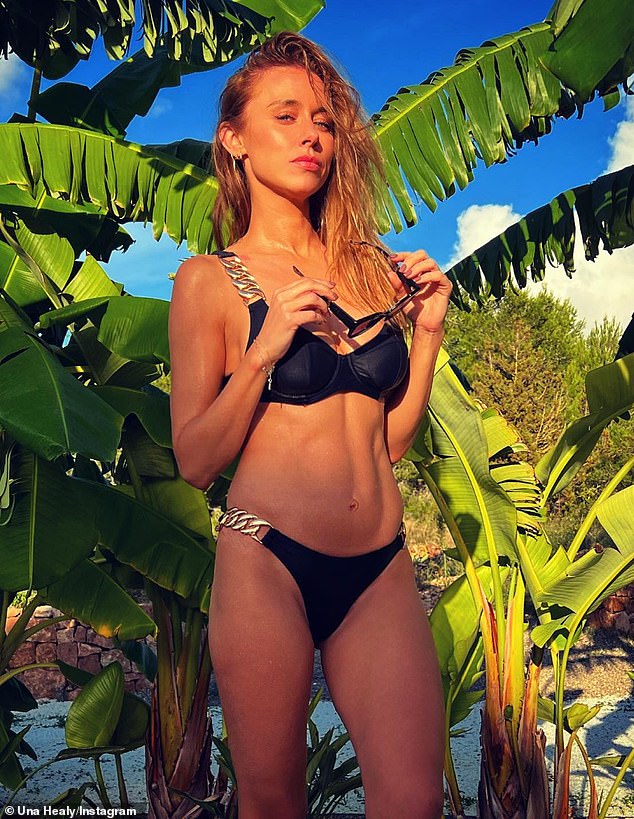 ‘The support I get from so many amazing friends and associates, makes my world a much better place to live. So thank you for everyone’s collective effort over the year. Especially everyone at @parkplaza. I Love you all x.’

David also shared a video of Una and Sian dressed up for dinner, on his Stories, tagging them in the process.

Una also shared pictures of David and Sian on her Instagram account, as well as a picture of herself in the same pool and wearing same black bikini.

David was previously married to Natasha Haye, with whom he has one son, Cassius, 14. 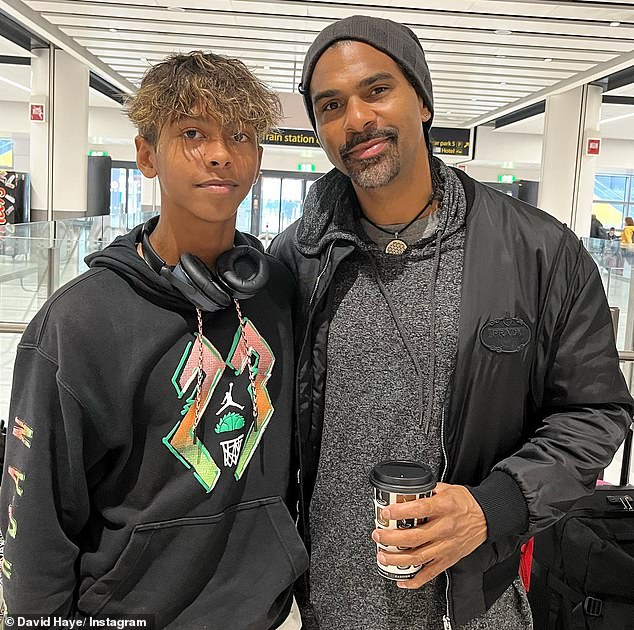