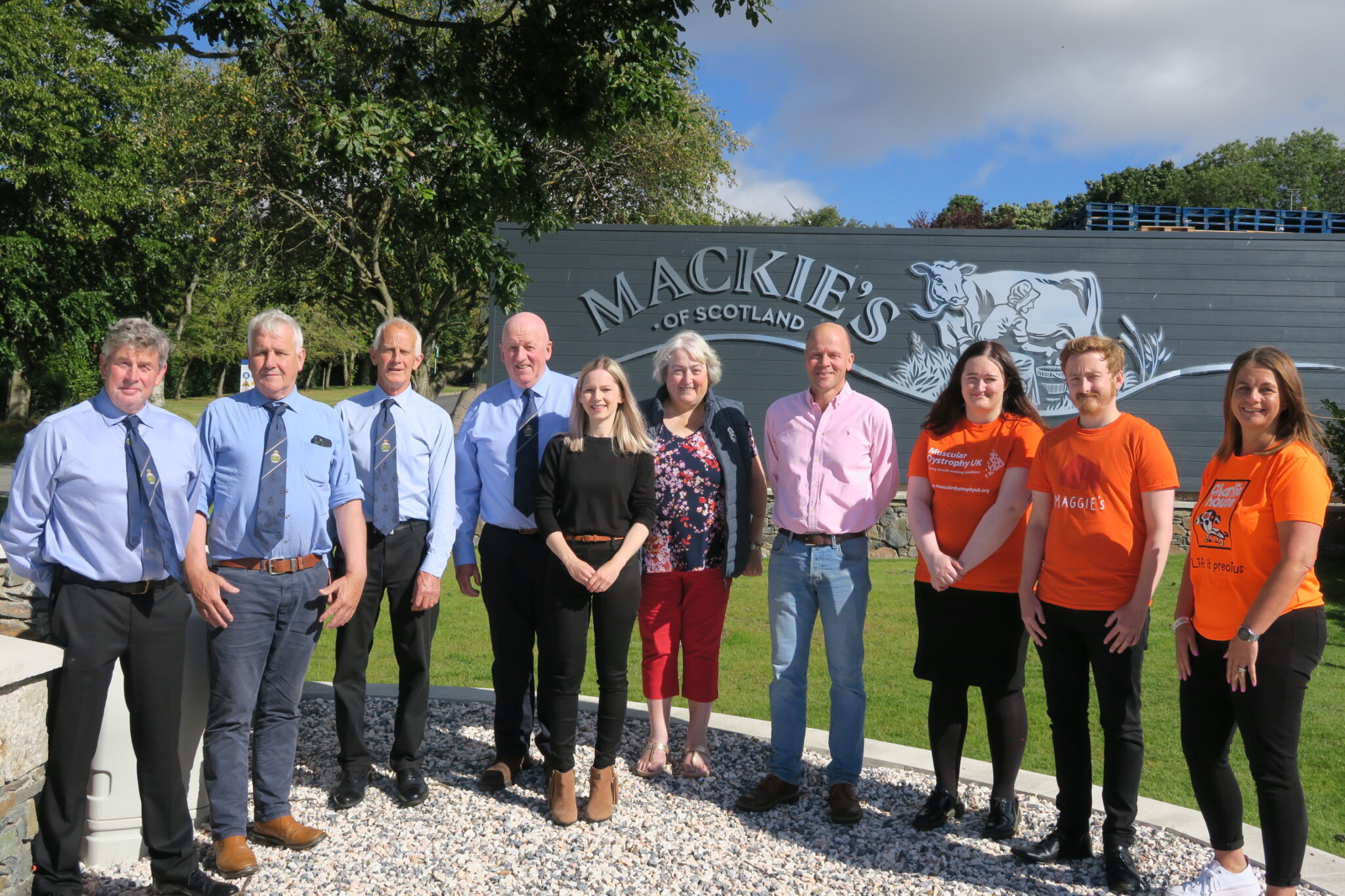 Open day at Mackie’s of Scotland promotes farming and countryside

More than 6,000 visitors lapped up an open day at Mackie of Scotland’s Aberdeenshire farm and raised funds for three charities.

Families from across the north east were able to enjoy a tractor and trailer guided tour, watch sheep shearers in action, learn about how the Holstein dairy herd are milked, and gain insights in to Mackie’s ice cream and chocolate production facilities.

Mackie’s sold more than £5,000 worth of ice cream and chocolate bars with all proceeds donated to Muscular Dystrophy UK, Charlie House and Maggie’s Aberdeen.

These funds contributed to over £14,000 being raised for each charity and over £42,000 raised overall – including donations and ticket sales.

The Royal Northern Countryside Initiative is aimed at promoting farming and the countryside to the general public.

The Monday following the open day saw a guided tour given to around 400 school children from Aberdeen City and Shire to help inform the next generation about farming practises.

Mac Mackie, MD at Mackie’s of Scotland, said: “We were delighted to welcome so many people to Westertown and to support RNAS in promoting understanding and engagement with what happens daily on farms of all sorts up and down the UK.

“Scotland’s food and drink is world-famous. We’re glad to play our part in that, making the most of the land and natural resources at our disposal to manufacture, transport and export our ice cream and chocolate products across the UK and internationally. It’s important that younger generations are able to learn about this process.”

Louise Mutch, RNAS Director and Event Organiser, said that she would like to “pay tribute to the huge contribution of Mac Mackie, the Mackie’s team, and all those involved in organising and supporting the event. The generosity of all volunteers and sponsors was incredible, in particular, the main sponsors Lely Kilmarnock Centre and NatureScot.

She added that “many volunteers pulled together to help us in our aim of countryside education and the positive feedback we have received from event visitors is extremely rewarding.”

Westertown is a 1,600 acre farm which generates renewable energy and grows crops to feed a herd of around 300 black and white Holstein milking cows. Since 1986, the fresh milk and cream from its herd has been used to produce an award-winning range of favourite ice cream flavours.

The Aberdeenshire brand is the biggest selling ice cream producer north of the border and was recently named one of Scotland’s top five food brands.

To find out more about Mackie’s, please visit: www.mackies.co.uk

Ron DeSantis stays silent on the Trump-Ye fiasco. Now why…