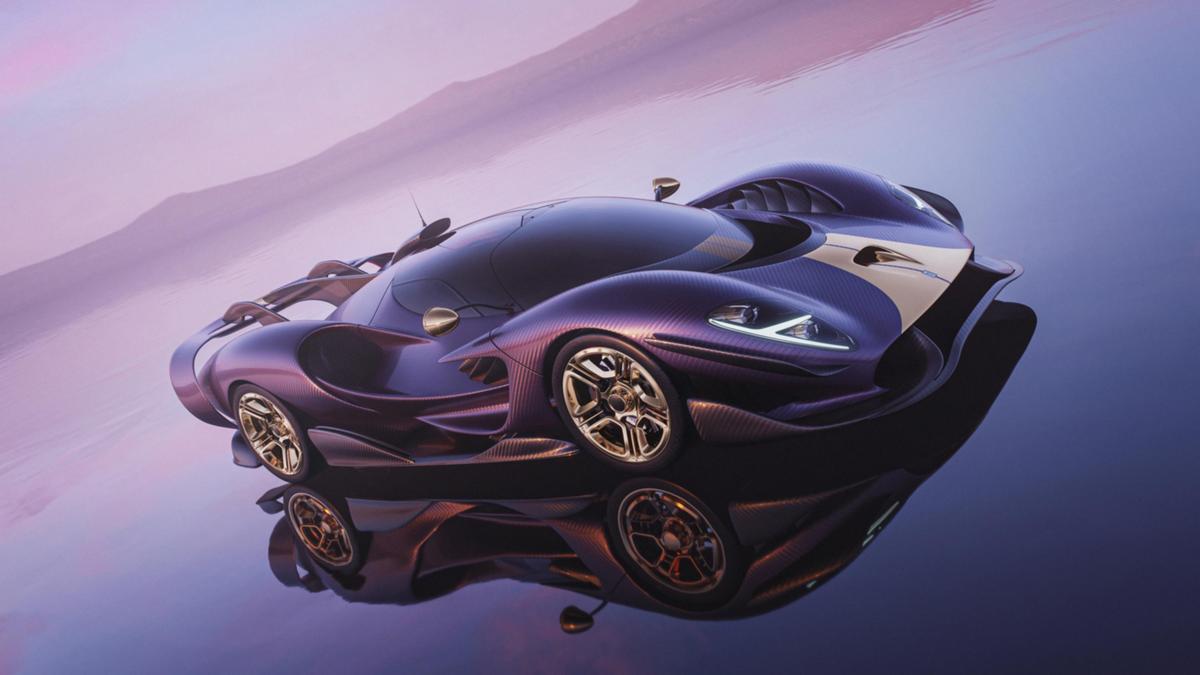 Italian performance brand De Tomaso has unveiled the P900, a track-only hypercar inspired by its motorsport history and named after its 900kg dry weight and 900hp (662kW) output.

The V12-powered hypercar will be limited to only 18 units globally and priced at a whopping US$3 million each (AU$4.5 million) which will certainly ensure exclusivity.

De Tomaso is an Italian American supercar brand founded in 1959 by racer Alejandro de Tomaso, best known for its most successful model, the Pantera. Elvis Presley famously owned a Pantera, but became so frustrated with its unreliability he shot it with a shotgun.

The company went bankrupt for the second time in 2012 but was revived in 2019 with the announcement of the De Tomaso P72, a supercar design inspired by the Le Mans vehicles of the ’60s which is slated to begin production in the first quarter of 2023.

The bespoke P900 powertrain is a naturally-aspirated 6.2-litre V12 capable of running on synthetic fuels and revving to 12,300rpm – De Tomaso says it will be “the world’s-first carbon neutral V12” using the right type of eFuel.

The choice to pursue synthetic fuels rather than following the fully-electric route of other supercar manufacturers comes from De Tomaso’s desire to honour the original V12 aspirations of its founder, and to maintain the feel and sound motoring enthusiasts want.

“At De Tomaso, we pay an enormous amount of attention to the driving experience, in part a large majority of this complex matrix can be attributed to the sounds and vibrations, in essence, the feeling of a naturally aspirated engine firing on all cylinders,” said CEO Norman Choi.

“This venture into synthetic fuels, represents our commitment to the pursuit of a zero-emissions mobility future without sacrificing the crucial element which we all hold so dear – the soul and symphony of an engine.”

The 220kg powertrain was designed and developed in partnership with German motorsport engineering supplier Capricorn GmbH.

The P900 will launch in Q2 of next year at various motor shows. However, the powertrain development will continue into late 2024, meaning customers who want to take home their $3 million purchase straight away will be provided with an interim powertrain package in the form of a “Formula One-derived V10 engine supplied by Judd Power with bespoke components instilled by Capricorn”.

De Tomaso is holding performance figures close to its chest, only to be provided to the few lucky owners, but has revealed the hypercar will be rear-wheel drive only with a sequential Xtrac gearbox and full carbon fibre exterior.

Designed by Jowyn Wong and Jakub Jodlowski, the pair behind the De Tomaso P72, the two-seater model is heavily inspired by the aerodynamics of LMP racers, featuring an active Drag Reduction System (DRS) on the rear wing and dramatically curved side vents.

Like the recently announced competitor the Praga Bohema, the P900 has undergone aerodynamic testing and development in a Formula 1 team’s wind tunnel.

“Our design team have spent a tremendous amount of time overhauling the visual queues of the P72 into a far more performance-focused offering,” said lead designer Jowyn Wong.

“The result, we feel, is a car which is aggressive by nature yet still romantic, invoking the emotions of 60s/70s Le Mans Prototypes whilst maintaining a unique and distinctive design language.”

The company also run a driver program, De Tomaso Competizione, which provides race training so owners can take their supercars to top speeds on a calendar of demanding tracks.

De Tomaso will supply “a dedicated team of mechanics and engineers who will assist with track day setup, vehicle transportation and on-track performance, dialling in the vehicle’s dynamics to the owner’s unique requirements”.

Customers of the P72 have been given first access to P900 allocations, but De Tomaso says build slots are quickly filling up.

Each P900 vehicle can be fully customised and tailored to the customer’s taste, but the base model will be officially launched in the middle of 2023, with production to begin in 2024 after the preceding P72.