Defund the Democrats: Stop giving money to the party of surrender and inaction 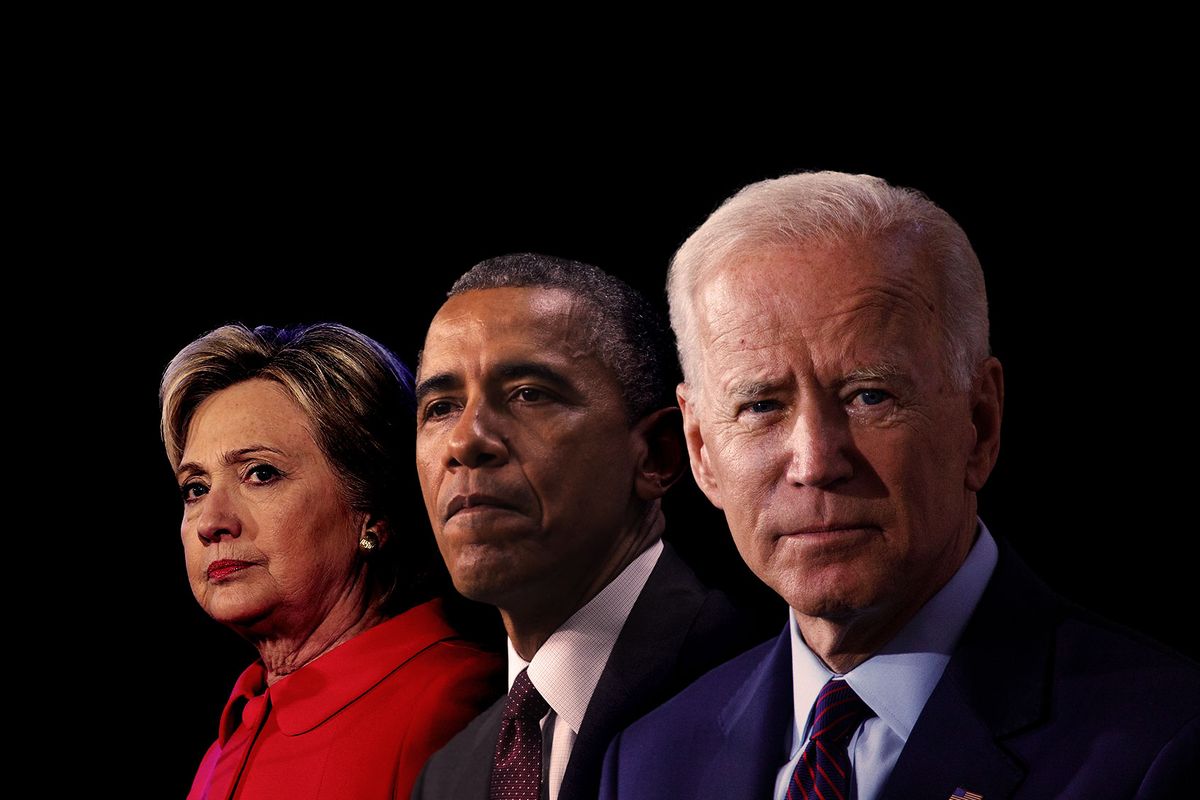 On June 24, 2022, a majority ruling by the Supreme Court of the United States officially reversed the historic 1973 Roe v. Wade decision, which established that pregnant women had a constitutionally protected right to choose to have an abortion. This has quickly transformed the nation around reproductive issues. Eleven states had trigger laws which immediately banned or heavily regulated abortion once the decision became official. Another 12 states have legislation in place to do the same. Rather than take swift action to protect abortion rights, the Democratic Party — which currently controls the executive and legislative branches of the U.S. government — chose to fundraise.

Democrats rightly chided Republicans, who have boasted for nearly 50 years that their political project would overturn Roe v. Wade. In that time, Republicans successfully advocated for 1,000 restrictions on abortions. But on the other side of the ideological spectrum, the Democratic Party also focused blame on the left: Jill Stein voters from 2016, the fabled “Bernie Bros,” Susan Sarandon followers, and Bad Faith Podcast subscribers. The party’s analysis, to a significant degree, relied on attacking its left flank in defense rather than engaging in introspection about what it could have done to prevent Roe’s reversal.

RELATED: Younger voters agree with Democrats — but don’t trust them. Here’s how to fix that

A more substantive and introspective review would look back to Joe Biden, who has a long history of questioning the legitimacy of the Roe decision, for the way he aided abortion foe Clarence Thomas in his confirmation to the court. Indeed, it is hard to imagine Thomas becoming a justice in 1991 without Biden — who chaired the Senate Judiciary Committee at the time — leading a rhetorical assault on Anita Hill, who accused Thomas of sexual harassment. At the time, Biden was so confident that Thomas would not overturn Roe that he accused those who claimed otherwise of experiencing a “failure of logic.”

Still, Biden is just one of the many Democrats who have demonstrated that abortion rights are not a central issue for the party. On two separate occasions since the original Roe decision, the Democrats have had supermajorities in Congress, which would have allowed them to end any Senate filibuster of a law codifying abortion rights. But on one such occasion, in 2009, Barack Obama stated that abortion rights were “not the highest legislative priority.” Later in Obama’s two terms, abortion rights advocates were admonished by party loyalists when they called for Justice Ruth Bader Ginsburg, who was suffering from cancer at an advanced age, to step down so Obama could nominate a more viable justice to extend her legacy of protecting women’s rights.

Democrats have routinely made the fear of losing Roe a key plank in their campaign strategy, and that specter has vaulted many a Democrat into office. It is not surprising that a party that can offer little other than the threat of a worse alternative has taken few decisive steps to safeguard abortion rights. For many Democratic candidates, the prospect of losing Roe has been their only point of leverage with voters, the linchpin of a “vote blue no matter who” electoral strategy. In practice, this has translated into a hollow “we’re not the other party” message of fear.

In 2016, after Democratic leadership colluded to defeat the pro-choice candidate Bernie Sanders in the primaries — when some polls showed Sanders doing better than Hillary Clinton against Donald Trump — they picked Clinton, who had at times stigmatized abortion and who chose Sen. Tim Kaine of Virginia as her running mate. Kaine had supported and signed anti-abortion legislation as governor of Virginia. During Trump’s administration, the New York Times ran articles making a “liberal” case for supporting his first two Supreme Court nominees, Brett Kavanaugh and Neil Gorsuch. Bloomberg provided a similar argument for Amy Coney Barrett. All three voted to overturn Roe, to the surprise of almost no one.

Even after the Supreme Court’s decision to overturn Roe was leaked to the press in May, Rep. Jim Clyburn — the South Carolina Democrat widely credited with saving Biden’s 2020 presidential run — campaigned on behalf of Rep. Henry Cuellar, an  anti-abortion Texas Democrat, who was also endorsed by Speaker Nancy Pelosi and numerous other party leaders. What a tangled web these Democrats weave.

Even after the Roe decision leaked in May, Rep. Jim Clyburn, who saved Joe Biden during the 2020 primaries, traveled to Texas to campaign for an anti-abortion Democrat.

Just as it has done in the five decades since Roe, the Democratic Party refuses to protect abortion rights when it has the power to do so. Instead, Democrats ignore that history and blame Republicans and dissident leftists rather than themselves. At least officially, they currently control both the legislative and executive branches of government. They could remove the filibuster and codify abortion rights tomorrow, but evidently would rather protect an extra-constitutional Senate rule (often used to support white supremacy) than women’s right to choose. This is especially mystifying given that Senate Minority Leader Mitch McConnell has clearly stated that if the GOP reclaims the majority in the 2022 midterms, it may remove the filibuster in order to pass a national abortion ban. If the filibuster is likely to disappear anyway (and for overtly partisan reasons), what possible argument is there for not protecting abortion rights while the Democrats still can? Why are they going to repeat the strategic blunder of refusing to end the filibuster without getting anything out of it?

The story doesn’t end there. Democrats could also wield their power to expand the Supreme Court. Yes, that would break with recent precedent (although the example of FDR’s failed attempts to do so could certainly be reconsidered). Republicans had no problem breaking with precedent when they refused to entertain Obama’s Supreme Court nominee in 2016 because it was an election year, and then reversed themselves by confirming Justice Barrett only days before the 2020 election. Shortly after Roe was overturned, the Biden administration once again refused to consider expanding the court. Such a radical maneuver may be exactly what is needed to counter reactionary rulings by unaccountable justices in defiance of stare decisis (the importance of legal precedent). But the Democrats are certainly not radicals; they are performers in an increasingly empty work of political theater.

Rather than propose an immediate plan of action, on the day of the Supreme Court’s decision to overturn Roe, Pelosi read a poem, Vice President Kamala Harris tweeted a picture of herself watching pro-choice protests, and Democratic members of Congress sang “God Bless America” on the steps of the U.S. Capitol. This vapid virtue-signaling was just the beginning. The same Democrats who failed to protect abortion rights for ages had the audacity to fundraise off this mass assault on women’s rights. This was an email sent by Pelosi’s office just days after the ruling:

Now that Trump’s Supreme Court just ruled to rip reproductive rights away from every single woman in this country: How we act NOW will decide the future of reproductive rights. I don’t say this lightly. We can either sit back and admit defeat to these far-right extremists… Or we can RISE UP, meet this ONCE-IN-A-GENERATION moment, and marshal a response so HISTORIC that we make every last anti-choice Republican REGRET what they’ve done. Please, I’ve never needed your support more than now. Can you chip in $15 so we can WIN these midterms and finally codify reproductive rights into law?

Pelosi’s call to “act NOW” doesn’t even try to explain why the party needs another $15 to use its current power to — act now. Nor does it explain why Democrats have been so ineffective for nearly five decades. Pelosi even suggests that the other option is to “sit back and admit defeat to these far-right extremists,” which has effectively been what Democrats have done for the last 50 years. What evidence is there that Pelosi — who has herself been in Congress for 35 years — will do anything different with these donations than her party has done for the past half-century? She is only one of many members exploiting this tragic ruling to fill their coffers and distract voters from the party’s political ineptitude.

Here is the plan, apparently: Give Democrats more money and vote for them in November. But to do what, exactly? Blame Republicans, the media, the Russians and the far left for their own failures?

In her first major interview since the reversal of Roe, Vice President Harris rejected any plan to codify abortion rights, shooting down Sen. Elizabeth Warren’s proposal to expand abortion access on federal lands, declaring “it’s not right now what we are discussing,” and saying, “We are 130-odd days away from an election, which is going to include Senate races.” So the plan is to give Democrats $15 and vote for them in November. But to do what? Pretty much nothing. This is the way Democrats have governed since the 1970s. They are happy to fundraise around images of inclusivity, diversity, women’s rights, labor rights, immigration and social progress, but consistently refuse to take substantive actions to achieve the most relevant goals. Instead, they blame Republicans, the news media, Russians, fake news, overzealous progressives and the “far left” for their failures. To say this is tiresome is a gross understatement.

Leaders do not blame, they lead. Movers and shakers such as Lyndon Johnson, warts and all, knew that the art of politics necessitated deal-making to get things accomplished. Today’s Democrats rely on the art of inaction and lecture voters on what they contend is possible, rather than working to make the purportedly impossible become reality. Their argument is always that if the public wants us to protect X (such as abortion right), they need to elect more Democrats in November. How many more Novembers are we supposed to wait? Voting for the same milquetoast neoliberal centrists who made the collapse of Roe possible (or inevitable) will do nothing to change our current political reality. Indeed, that is the definition of insanity: doing the same thing over and over again and expecting different results. Women deserve better, as do all of us. The Democratic Party should recognize this, and change course dramatically.

Read more on the Democratic Party and its troubles:

When players go back, like Lukaku to Inter, it doesn’t always work: Drogba, Henry, Pogba and more