Demand for Prostitutes Soars in Davos as WEF Kicks Off, Reports Claim 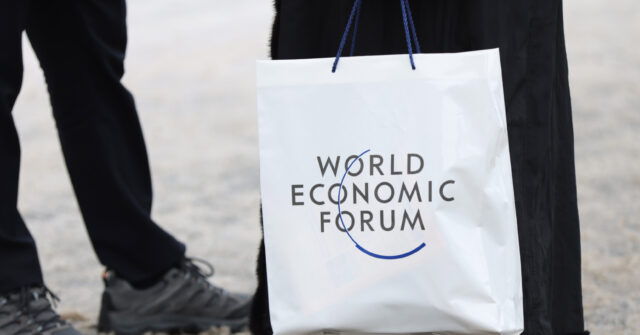 The demand for prostitutes and escorts has reportedly spiked in Davos, Switzerland, which is currently hosting the World Economic Forum’s annual conference.

Sex services are reportedly in high demand in Davos this week, with multiple publications reporting numerous prostitutes and escorts as descending on the Swiss ski resort as it hosts the annual conference of the World Economic Forum.

The spike in demand is not unexpected, with The Times publishing an exposé back in 2020 on the annual meeting, describing it as a “den of prostitution and predators” with professional sex workers attending Davos in large numbers.

Things do not appear any different this year, with multiple publications speaking to sex workers and escort agencies who are attending the event this week.

“So far we have eleven reservations and 25 inquiries for the coming week. But I assume that there will be more,” the managing director of one escort service told Swiss paper 20 Minuten, who told the publication that his employees could be contracted for as many as three days straight to serve clients.

“For example, our women have already been brought to Davos by diplomats and company bosses,” the manager continued. “Some also book escorts for themselves and their employees to party in the hotel suite.”

Another escort — referred to as Liana in reports — also confirmed she had multiple clients requesting her services at the event, telling the German publication Bild that sex workers often wear smart clothes so they do not stand out amidst those attending the conference.

“There are strict controls, you can’t get into some hotels,” Liana reportedly described, divulging some of her experiences with German and American customers at the event.

“Unfortunately, Germans are stingy when it comes to tips,” she reportedly complained, saying that she prefers it when she is contracted out by Americans and Britons.

Davos will host 52 heads of state and government and nearly 600 CEOs as the World Economic Forum hosts its annual meeting next week. https://t.co/j4eBVT1VGm

Although it is unclear exactly how many prostitutes have arrived in Switzerland to serve clientele attending the event, The Times exposé indicates that the figure could be hovering around the three-figure mark.

The publication reports that a senior police officer in the country as saying that at least 100 prostitutes travelled to the event in 2020 in order to provide their services to those at the event.

Undercover reporters are also claimed by the publication to have witnessed a woman enter a toilet cubicle with a man multiple times at a bar frequented by official delegates and business executives attending the event.

They later reportedly spoke to a man who claimed to be the woman’s “manager”, who said that she had been paid to perform a sexual act.

Women attending the conference in 2020 were also reportedly told to be cautious, even being warned not to go out alone at night.

“Because if something happens with some big CEO, who is going to be believed? You or them?” an official from the WEF reportedly said.

However, one well-known prostitute reportedly attending the event, Salomé Balthus, ridiculed the idea that all that many powerful people avail of sex services while attending the World Economic Forum.

“The idea that ‘the powerful’ become wild sex monsters in Davos is probably nonsense,” she told 20 Minuten, saying that many politicians attending the conference ” have neither the time nor the desire” to engage with sex workers.

“You have to choose between one ‘drug’: sex or political power,” she said. “The latter is stronger, it doesn’t leave room for other interests and eats up people completely.”

Balthus confirmed that she had some clients lined up for the conference, though refused to divulge their details to the Swiss paper.

“Believe me, you don’t want to get into litigation with them,” she said.