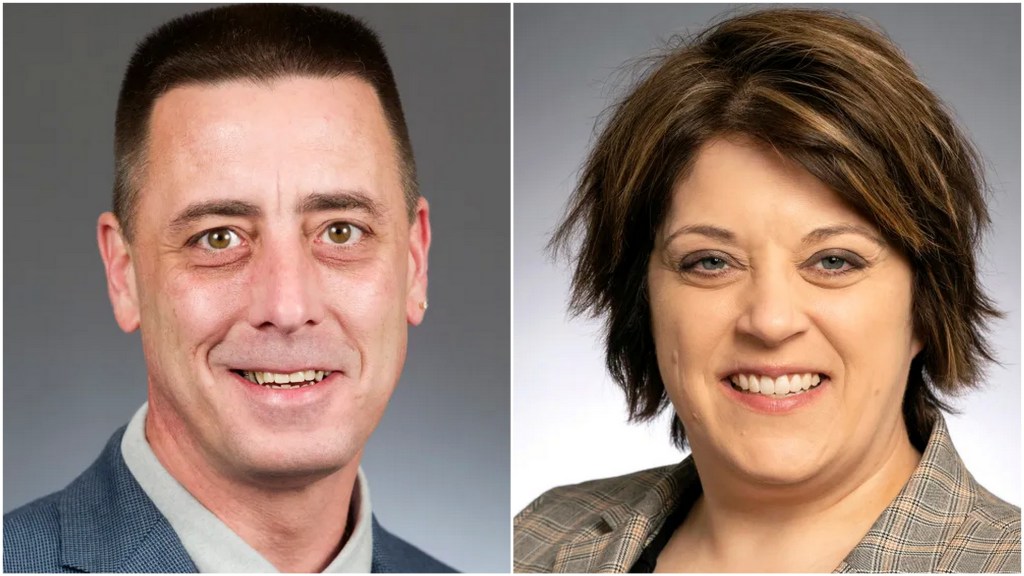 There was no question on Tuesday whose names would be on the ballot this November for the Washington County Board District 4 seat.

The question was whether State Sen. Karla Bigham, DFL-Cottage Grove, or Rep. Keith Franke, R-St. Paul Park, would be the top vote-getter in Tuesday’s primary.

Early Tuesday, with 5 of 16 precincts reporting, Franke had 59 percent of the vote, and Bigham had 38 percent. A third candidate, St. Paul Park resident Brandon Lara, had 3 percent.

Franke and Bigham will face off again on Nov. 8.

“Lots of votes to be counted, we are just thankful for the great support of these communities and look forward to getting out more to connect with everyone before the general in November,” Franke said. “This makes me proud to a part of these wonderful communities.”

The state legislators decided to run for county board after redistricting radically changed the boundaries of their districts.

The incumbent county commissioner, Wayne Johnson, left the race in June after Franke announced. Johnson, of Cottage Grove, joined the county board in a 2018 special election after serving on the Cottage Grove City Council. The seat was open because then-county commissioner Bigham was elected to the Senate in a special election; she was re-elected to the Senate in 2020.

In addition to serving on the Washington County Board from 2015 to 2018, Bigham served in the House from 2007-2011 and has been on the Cottage Grove City Council. She works as a paralegal in the Child Protection Division of the Hennepin County Attorney’s Office.

Elected to the Minnesota House in 2020, Franke, the owner of Park Café and Franke’s Corner Bar in St. Paul Park, previously served in the House from 2016-2018 and is a former St. Paul Park mayor.

If elected, the lawmakers would get a substantial pay raise. Legislators are paid $46,500 a year; Washington County commissioners make about $72,500 a year, plus stipends for technology and travel.