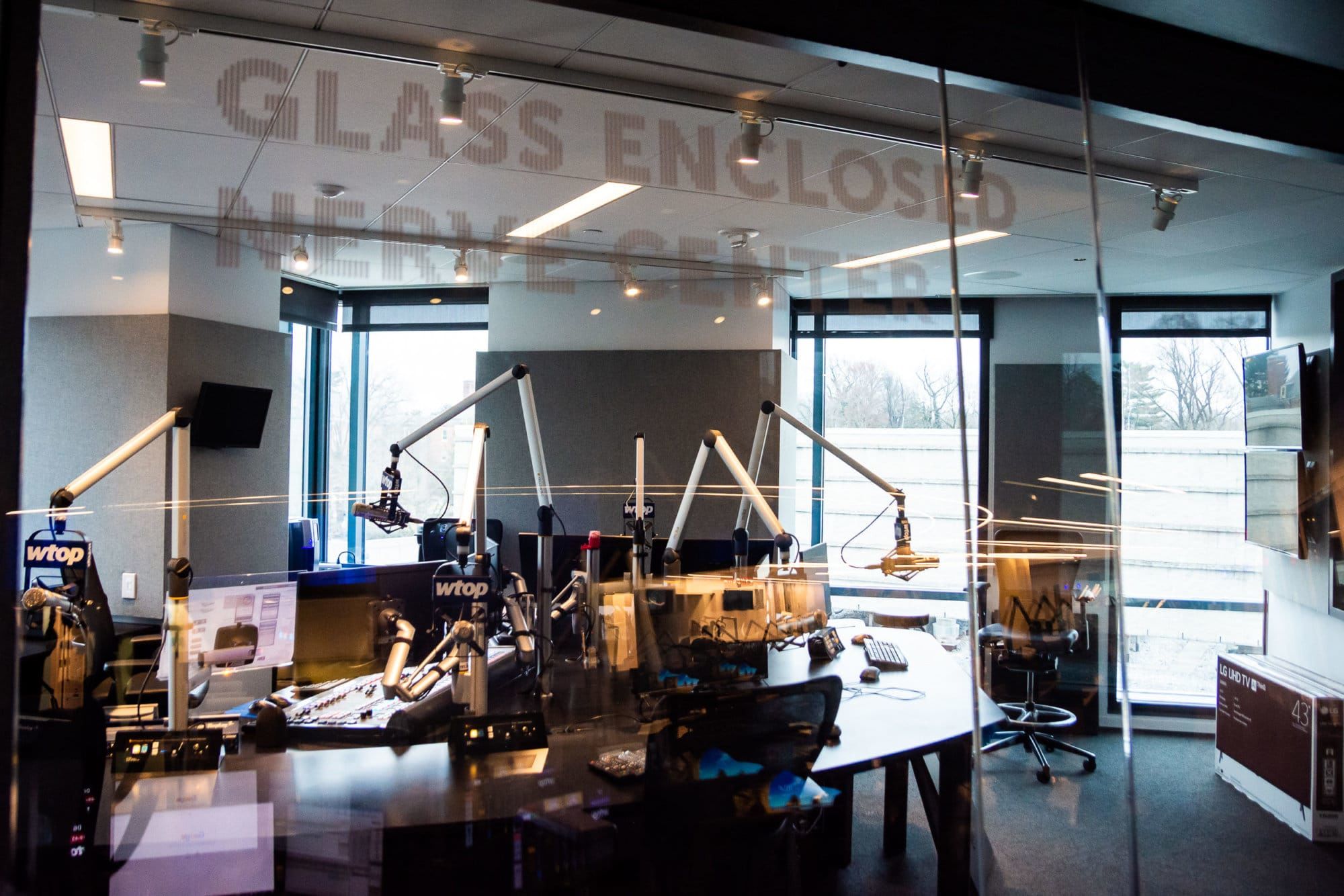 Eight longtime staffers at WTOP are departing after taking voluntary buyouts. But before they go, WTOP’s Neal Augenstein caught up with some of them to talk about their time at the station.

Tuning in to 103.5 WTOP-FM is second nature to millions of people who drive in the D.C. area. Whether you’re driving to work, going home, picking up your kids from school, or going into the city for a night-out, the voice of WTOP has been the welcomed back seat driver who actually knows how to get you where you’re going.

This year, eight longtime staffers of the station — Bruce Alan, Debbie Feinstein, Sarah Jacobs, Dave Johnson, Joan Jones, Kristi King, Colleen Kelleher and Rick Massimo — are departing after taking voluntary buyouts. But before they go, WTOP’s Neal Augenstein caught up with some of them to talk about their time at the station.

Morning anchor Bruce Alan said that he would not trade his experience at WTOP for the world, but he is looking forward to sleeping a little later.

“It’s been amazing chronicling our history: locally, nationally, all over the world. I’ve loved every minute of it,” Alan said.

His prior experience with a talk-show format translated easily when he moved to the all-news WTOP, where he was a big part of the station’s Ask The segments.

Since 1990, Alan has covered two Gulf wars, the Mount Pleasant riots in 1991, Sept. 11 and the D.C. sniper attacks, among others major news events in the area.

After Sept. 11, he said, a lot of the interviews he did with law enforcement leaders touched on credible threats. When reporting about the D.C. sniper attacks, Alan said he compartmentalized, bringing the news in a professional, almost “dispassionate” way. But, when he was off work, he was too worried to let anyone else in his family put gas in the car.

“We hope you come back.”

That’s what WTOP told midday anchor Debra Feinstein when she left the station for the first time to spend time with her family.

She said it was a struggle to juggle all the moving parts, but she was grateful for the open door. She started full-time at the station in 1990 and was pivotal in WTOP’s Ask The programming, which she described as fun, different and a “nice way to break” up the hard news the station delivers.

“(Anchor) Mark Lewis and I worked really hard preparing for those,” often meeting the night before, ordering Chinese food and spending the evening getting ready for the program.

She said when breaking news does come, there’s no time to prepare. But it’s not about “making it sound perfect.”  It’s about taking a deep breath and letting listeners know that you are gathering information to share with them.

You have to tell listeners what you know, she said, while saying that you don’t know everything and you’re trying to learn more. “It’s a delicate balance.”

It was his mother’s station, he recalled: Mary Lue would listen in her wheelchair. She died of complications related to multiple sclerosis at age 43, when Johnson was 15. In 2019, Johnson disclosed that he too had been diagnosed with primary progressive multiple sclerosis.

Johnson started at the station in 1989. In 1997, he began doing radio play-by-play with the Washington Wizards, in addition to his work at WTOP.

Johnson describes radio as the “most personal medium.”

“When you’re driving in the car, it’s almost like you’re in the seat next to them. When they have earbuds on, we’re in their heads,” he said.

He called radio a “theater of the mind,” and listeners can approach and connect with the person on the air in a way that’s not possible in any other medium.

Morning anchor Joan Jones said described how she ended up at WTOP as “providential” timing. In 2013, Jim Battagliese, the former director of traffic and transit operations, alerted Jones about a vacancy and from then on, “the timing worked out so well,” she said.

One of the first challenges she encountered was how to pronounce the names of places. But she said that a lot of people were great at helping her how to say the names correctly.

“It’s intimidating how big D.C. is, the traffic that flows,” Jones said.

She also called delivering the news a “theater of the mind.”

“Imagine the person behind the wheel. Imagine you’re talking to them” and trying to get across a piece of information, Jones said.

It can be even more challenging, she said, to get that information across amid breaking news, when there’s a “fire hose of information” and you are trying to arrange sentences in a way that makes sense to people.

While the chaos is exciting and even jarring, she said, it does “get your blood going” — so much so that it’s sometimes hard to rein it back in and “slow down the pulse a little bit” after a shift of breaking news.

However, she said her goal is always to get the “most information, the best information that we can, as quickly as we can. But it has to be right before we get it on the air.”

Juggling the balance among what’s relevant, what’s confusing and what can enhance people’s understanding is something Jones has done during her time at WTOP.

Digital editor Colleen Kelleher came to WTOP in 1996, and has worn many hats throughout her time. She came in as a writer and then moved on to producing before taking a “leap of faith” to the web. WTOP.com launched in 1999 and has since gone through a number of iterations.

“When our website was just a tiny seed of an idea, Colleen WAS wtop.com,” afternoon drive anchor Shawn Anderson said.

Kelleher saw the web and digital as a growth area and went back to school to get the skills she needed in what was then called “new media.”

But there were some growing pains as her colleagues, many of whom were “traditional radio people,” tried to get used to emerging medium, including what she called “turf protecting.”

Back then, the on-air side had to break the news first before the story made its debut on the website. That’s not the case anymore.

Kelleher also assumed the role of trainer, teaching new staff how to write for the WTOP website,  sometimes taking it from where colleges left off and laying the foundation for them to “become the next generation of great journalists.”

In the newsroom, he is known for his keen and thoughtful editing, and making sure that writers and reporters are sticking to the facts in their web stories.

Massimo said it’s very difficult to say that you don’t know, and sometimes he is “refusing to make what seems to be an obvious connection,” which often turns out to be right.

“But you have to stand your ground on the one time that it turns out not to be,” he said.

In addition to his work at WTOP, Massimo is the author of the books  “I Got a Song: A History of the Newport Folk Festival” and “A Walking Tour of the Georgetown Set.”

His wide-ranging interests have led to stories about the D.C. area, including his series on the 50th anniversary of Watergate.

Massimo said events from the past set the stage for what’s happening in the present.