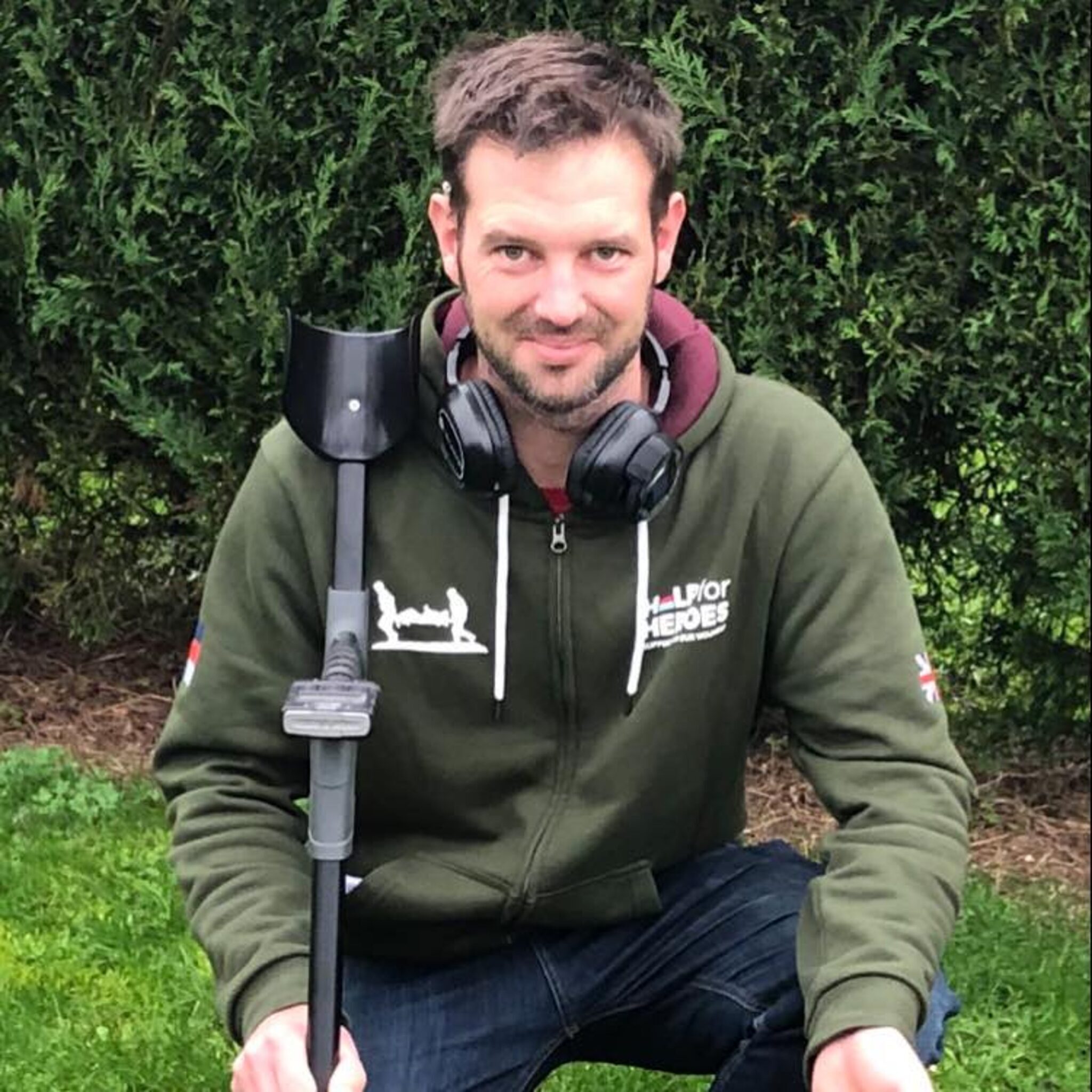 A METAL detectorist has shared his “find of a lifetime” after stumbling across a 1,200-year-old scabbard mount whilst out in a local field.

Fraser Bailey had been out exploring earlier this month when his metal detector suddenly started buzzing after picking up a “strong signal”.

The 37-year-old had found little more than rubbish and scrap so far in his day out, so began digging in the hopes of finding something a little more lucrative.

Fence contractor Fraser dug eight inches into the ground when he struck what appeared to be a gleaming piece of gold, leaving him in disbelief once he realised what it was.

Fraser, from Barningham, Suffolk, took his unusual find home, cleaning it and setting about researching the pyramid-shaped item’s specifics.

He soon discovered that his rare find was in fact a 1,200-year-old “pyramid mount” for a sword’s scabbard, dating from Anglo-Saxon times.

The Anglo-Saxons were a society originally from Germany, Denmark and the Netherlands.

Historians widely believe they settled in Britain in 410-1066AD, introducing a new language to the British Isles and replacing Roman stone buildings with wooden ones.

The mount is likely to have been used on a scabbard of a large sword with the purpose of attaching itself to clothing and preventing the sword from falling out of its sheath.

Thought to have belonged to a high-ranking noble, the artefact could be worth a pretty penny, potentially earning thousands of pounds and a spot in a museum.

Three lines can be seen on each side of the pyramid, with swirly circles resting on them.

A square-cut can be seen at the peak of the pyramid and is thought to have once held a garnet gem.

The post has since garnered over 850 likes and more than 130 comments from impressed users who were quick to congratulate Fraser on his discovery.

Another wrote: “Now you’ve gotta find the rest of the sword. Beautiful find.”

A third commented: “Find of a lifetime.”

Another added: “Wow, what dreams are made of.”

A fifth commenter wrote: You just never know what’s beneath your boots.”

Speaking today, Fraser said: “The morning started like any other, I’d been desperate to try my luck on a particular field but couldn’t get on it due to horses being there.

“The landowner called me and said he’d moved the horses and I was welcome to go on there whenever I liked. With that, I grabbed my metal detector and made my way there.

“After a couple of hours, I hadn’t found much apart from rubbish. Then I got a really strong signal, I was expecting it to be just another piece of rubbish and after digging down eight inches or so I was holding it.

“I couldn’t believe it when I could see the gold colour in my hand. I was in complete shock as it’s a find of a lifetime.

“I could go metal detecting everyday for the rest of my life and not find something as special as it. It’s a gold Anglo-Saxon pyramid mount from around the seventh-eighth century.

“It would have been on a sword scabbard as decoration and to make it harder to pull the sword out. It’s a high status item and not something the everyday person would have owned.

“I’ve sent pictures to a couple of people who are qualified and that’s the dates they’ve suggested.”

This is not the first time that a scabbard mount has been discovered. In 2018, a similar item was sold at auction for a whopping £20,000.

Teachers and minister still ‘some distance apart’ on pay talks