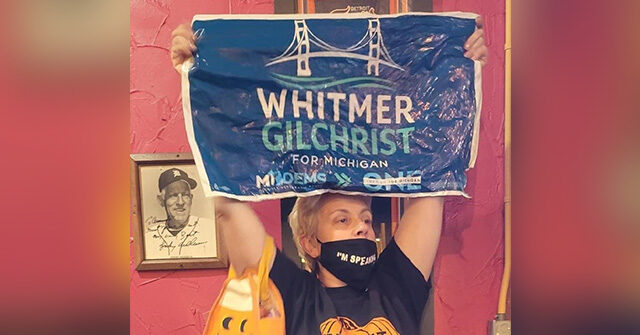 An unruly woman allegedly bit an attendee at a rally for Republican Tudor Dixon in Detroit over the weekend, according to the attendee, who provided details about the incident to Breitbart News.

The attendee, Wayne County GOP chair Cheryl Constantino, said she was standing by the stage area while Dixon was speaking to a crowd at the restaurant Armando’s when she noticed the woman pushing her way toward the stage.

Constantino said the woman, who at one point was holding a sign in support of Gov. Gretchen Whitmer (D), eventually made her way near the entrance of the stage area and was “screaming at the top of her lungs, causing all kinds of trouble. Nobody could understand a thing she was saying. It was all nonsense.”

Constantino said she then positioned herself to stand between the stage and the screaming woman to prevent the woman from accessing the stage, and she explained that the biting incident transpired all within a minute or so at that time.

“She bit me, just reached over and bit me, and it felt like she pinched me too, and she left a bruise, some little bruises and one big bruise,” Constantino said. “And she was slapping all these guys, and this guy was just trying to guide her out and ask her to leave, and she refused to leave, and she kept saying, ‘I have a ticket!’”

A video of the woman taken by Elisa Wagner, a precinct delegate also in attendance at the event, shows the disorderly woman acting out after she was asked to leave the event.

“She took the tray rack and was holding it like a weapon,” Constantino said of the video clip. “After shoving a bunch of people, biting me, and hitting some men, she had the nerve to tell the owner that she was mad at her just for existing.”

Wagner corroborated the events to Breitbart News over the phone and accompanied Constantino to file a police report detailing the alleged assault Sunday night with the Detroit Police Department’s 4th Precinct. 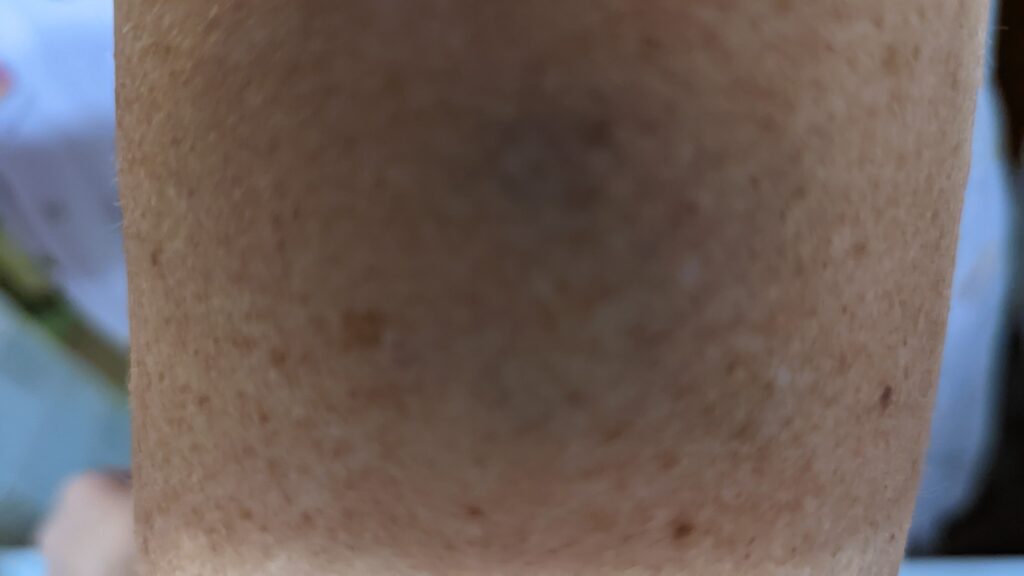 The woman who allegedly attacked Constantino remains unidentified, but the Michigan GOP and Dixon, who is in a competitive gubernatorial contest with Whitmer, acknowledged the alleged incident on social media Saturday.

Dixon wrote, “Will @gretchenwhitmer condemn the actions of her supporter?”

The disturbance at the Dixon event comes amid reports of political violence making headlines ahead of the midterms.

Rep. Lee Zeldin (R-NY), who is running for governor in New York, became the target of an attempted assault at a rally in July. The man was charged with a federal crime after lunging at Zeldin with a sharp weapon and threatening him during the event.

House Speaker Nancy Pelosi’s (D-CA) husband Paul was allegedly viciously attacked by a suspect looking for the speaker in their home last week. The suspect, who reports claim was “mentally ill” and living in the country illegally, has been charged with an array of federal and state crimes, but details surrounding the purported attack and motivations behind it are still unfolding.

Last day to apply for mail ballot, Bill Galvin says, too late to mail them back

Samsung-backed scientists create robot dog that can jog on sand