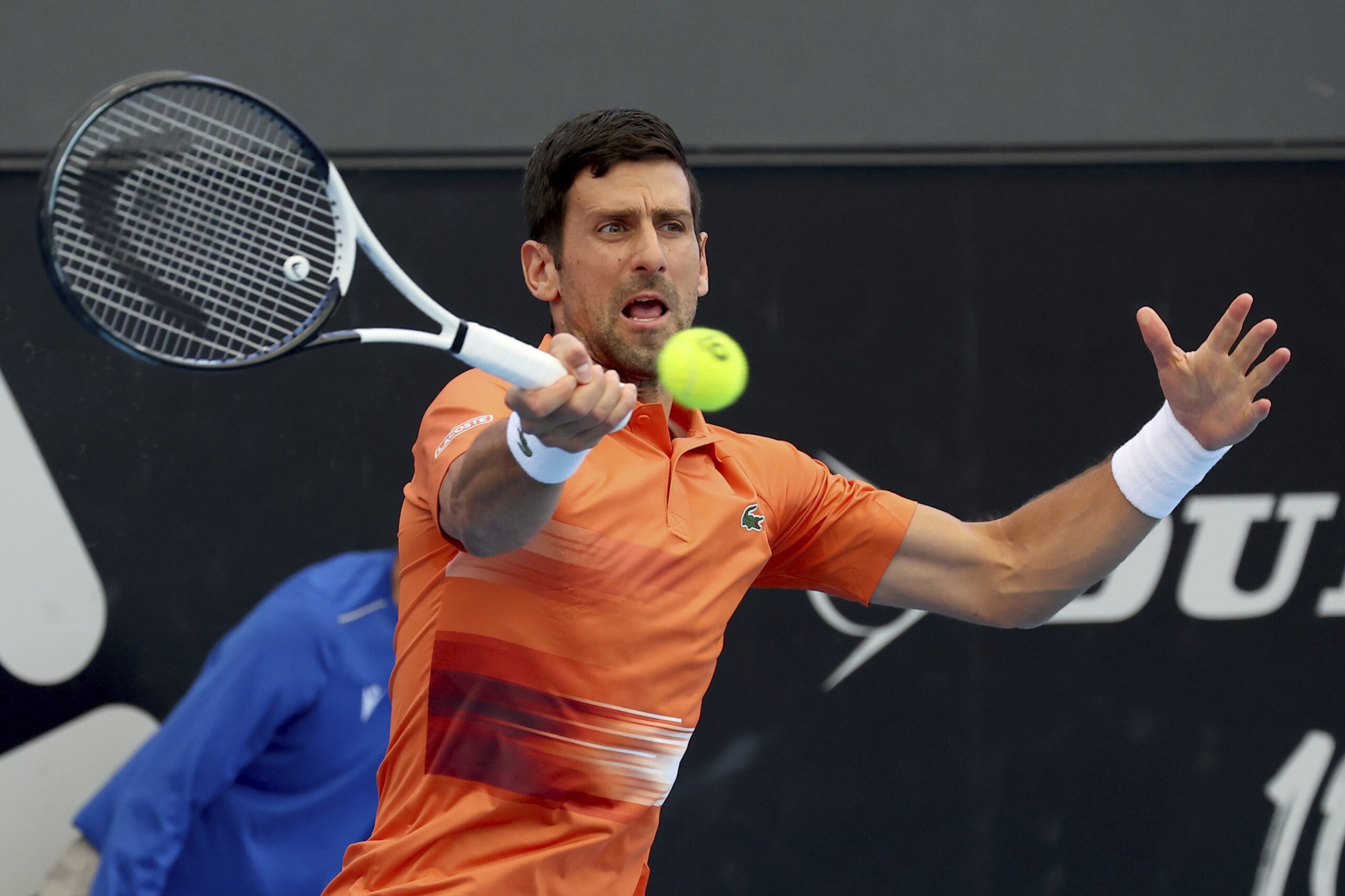 World No. 1 Novak Djokovic kept up his winning streak in singles matches in Australia, beating Constant Lestienne of France 6-3, 6-2 Tuesday in the first round of the Adelaide International.

World No. 1 Novak Djokovic kept up his winning streak in singles matches in Australia, beating Constant Lestienne of France 6-3, 6-2 Tuesday in the first round of the Adelaide International.

It was Djokovic’s 30th straight singles victory on Australian soil in a streak that goes back to 2018.

Tuesday’s win was Djokovic’s first in singles this season and keeps him on course for a semifinal match in Adelaide with 7th-ranked Daniil Medvedev, the third seed, who earlier beat Lorenzo Sonego of Italy 7-6 (6), 2-1 when Sonego was forced to retire with a right arm injury.

Djokovic’s match was close at first but he took control after breaking Lestienne to go up 4-2 in the first set. He won the first four games of the second set and took the match on his first match point.

Djokovic, whose last loss in Australia was in the fourth round of the 2018 Australian Open, will face either Jordan Thompson of Australia or Quentin Halys of France for a place in the quarterfinals.

He was again warmly received by the crowd in Adelaide where he won this tournament at only 19.

Djokovic is playing in Australia for the first time since 2021. He has won the tournament nine times. He was deported last year because his unvaccinated status breached Australian vaccination requirement for in-bound travelers.

Earlier, Medvedev saved nine set points before taking the first set in a tiebreaker against the 45th-ranked Sonego.

“What a match to start the year,” he added.

Sonego was playing Medvedev for the first time and often seemed to have the upper hand in the first set. He had six set points on Medvedev’s serve at 5-4 but Medvedev was able to rely on his big serve when he had to, saving all six.

Medvedev will meet Serbia’s Miomir Kecmanovic for a quarterfinal place.