Djokovic vs. Kyrgios in Wimbledon final: 21st Slam or 1st? 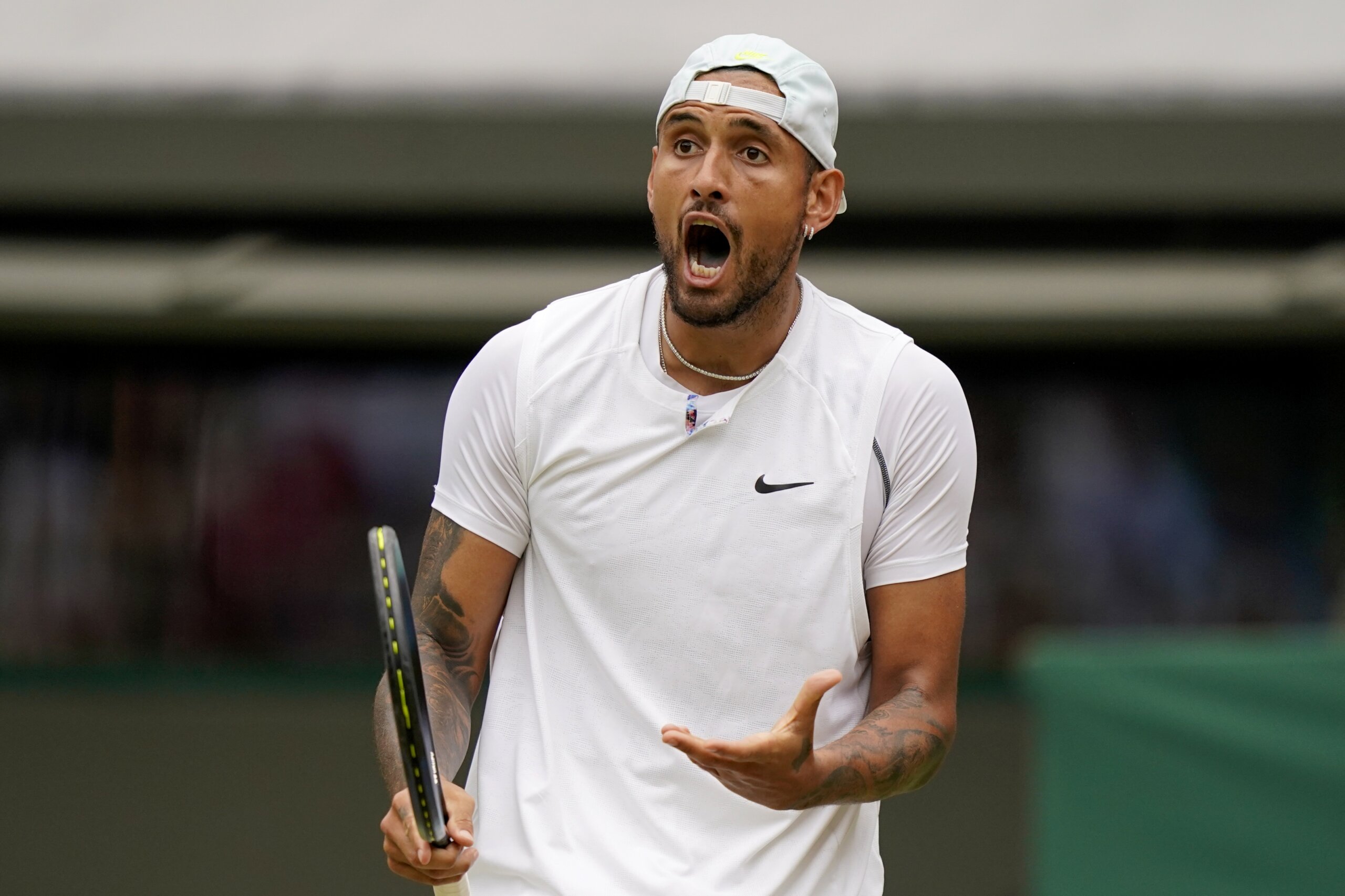 WIMBLEDON, England (AP) — Novak Djokovic and Nick Kyrgios used to not get along at all. Now the two men…

WIMBLEDON, England (AP) — Novak Djokovic and Nick Kyrgios used to not get along at all.

Now the two men who will meet in the Wimbledon final on Sunday have developed a bit of a “bromance,” as the 40th-ranked Kyrgios put it.

“Everyone knows there was no love lost for a while there,” said the 27-year-old from Australia, whose first Grand Slam title match will be Djokovic’s 32nd. “It was healthy for the sport. I think every time we played each other, there was hype around it. It was interesting for the media, the people watching, all that.”

Kyrgios, not one for holding his tongue, was particularly critical of Djokovic for organizing a charity exhibition tour in 2020 amid the coronavirus pandemic. Fast forward to January of this year, and Kyrgios was an early voice supporting Djokovic when his decision to not get vaccinated against COVID-19 led to a legal saga and deportation from Melbourne ahead of the Australian Open.

So where do things stand nowadays?

“We definitely have a better relationship than what it was,” is the way the top-seeded Djokovic described things.

“We actually message each other on DMs in Instagram now and stuff. It’s real weird,” Kyrgios said. “Actually, earlier in the week, he was like, ‘Hopefully, I’ll see you Sunday.’”

Well, they certainly will see each other at Centre Court on Sunday afternoon, with quite a bit to play for.

For the No. 1-seeded Djokovic, a 35-year-old from Serbia, it’s a chance to win a fourth consecutive trophy at the All England Club and seventh overall (Roger Federer’s eight singles championships at the grass-court major are a record for a man).

It’s also a chance for Djokovic to claim a 21st Grand Slam title, which would move him one ahead of Federer and just one behind Rafael Nadal, who withdrew before his semifinal against Kyrgios because of a torn abdominal muscle.

And there’s this to factor in, too: Djokovic can’t know for sure the next time he will get to participate in one of the four major tournaments, the events that matter the most to him these days. As things currently stand, he is not allowed into the United States as an unvaccinated foreigner, which mean he couldn’t go to New York for the U.S. Open in August.

His status for returning to Australia in 2023 is up in the air, too, after his visa was revoked this year.

“Every match, every Grand Slam that I get to play at this stage of my career, there is a lot on the line. I don’t know how many Grand Slam opportunities to win the trophy I will still have,” Djokovic said after beating No. 9 seed Cam Norrie of Britain 2-6, 6-3, 6-2, 6-4 in the semifinals on Friday.

“So, of course, I’m approaching it with positive attitude and self-belief and willingness to win. There’s no doubt about it,” said Djokovic, who is on a 27-match unbeaten run at Wimbledon. “I don’t want to speak about all the details and routines that I have that make me feel well-balanced and prepared. But there are things that I do in order to make myself mentally, emotionally and physically well-prepared.”

For Kyrgios, meanwhile, it is a chance to prove that someone with enough talent to have beaten Djokovic, Federer and Nadal the first time he faced each also has enough staying power to triumph at a major. He is 2-0 against Djokovic, albeit in a pair of matches on hard courts five years ago.

Even Kyrgios himself did not expect to see this day.

“I never thought,” he said, “I’d be here at all, to be brutally honest with you.”

Kyrgios has won 95 of 101 service games this fortnight. He is averaging 24 aces per match. He reached 137 mph during Wimbledon (only John Isner, at 138 mph, hit one faster).

It’s not just the pace.

“He disguised it pretty well. It’s tough to read his serve when he tosses the ball up,” said Brandon Nakashima, an American who lost to Kyrgios in the fourth round. “He could hit all the spots out there, different speeds, different spins.”

With Kyrgios, it’s not just about the tennis, of which he says: “There’s definitely times where I hate this sport.”

He has been fined a total of $14,000 during Wimbledon — $10,000 for spitting toward a heckling spectator after a first-round win; $4,000 for cursing during his contentious victory over No. 4 seed Stefanos Tsitsipas.

A far more serious matter: Kyrgios is due in court in Australia in less than a month to face an assault allegation, something he has declined to discuss this week.

It’s rare that he holds his tongue. It will be fascinating to see whether Kyrgios bottles things up on Sunday — and how Djokovic handles the moment, too.

“One thing is for sure,” Djokovic said. “There’s going to be a lot of fireworks, emotionally, from both.”