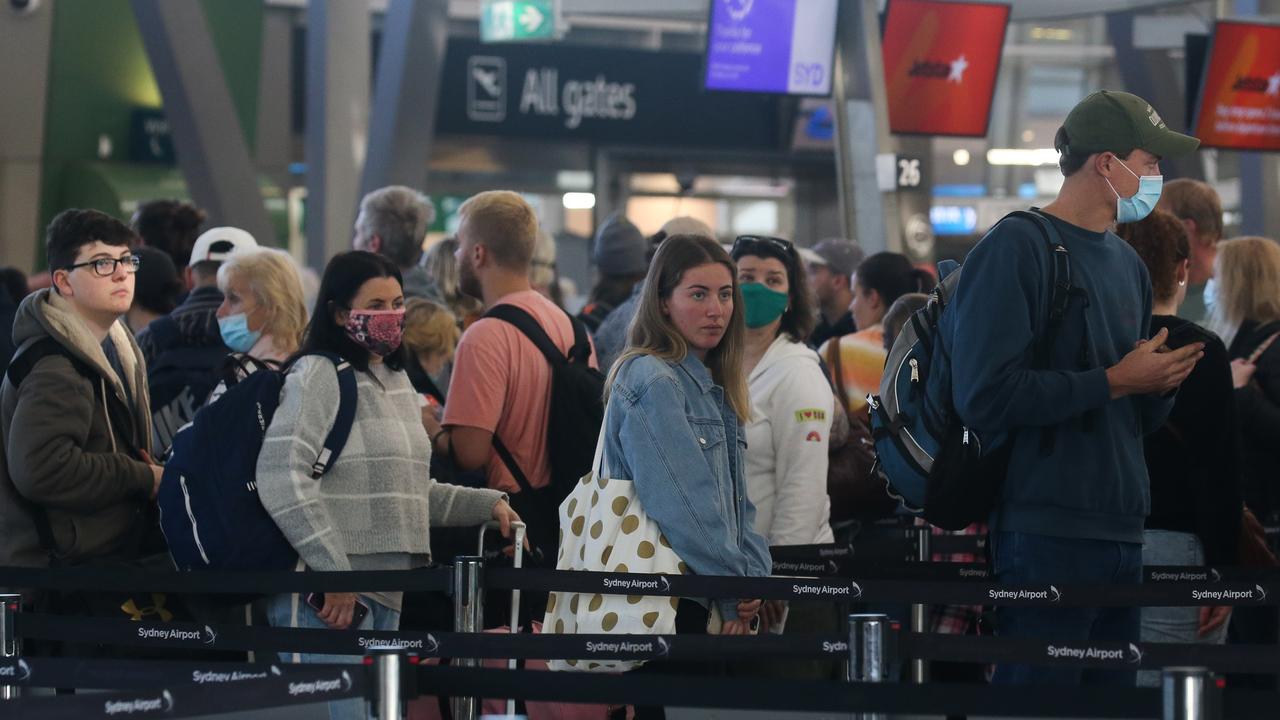 Thousands of Australians could be set for more travel pain as ground staff at the country’s major airports initiate the process for industrial action.

Dnata ground crew will apply to the Fair Work Commission on Tuesday to hold a vote on strike action due to issues with their pay and work conditions.

The move means staff would be protected under workplace laws if they vote to hold a strike, while their dispute with Dnata continues over a new enterprise agreement.

The Emirates-owned airport services provider supplies baggage handling for up to 20 airlines, including Qantas, Singapore Airlines, Etihad and Air ­Canada.

Dnata catering workers, who service most Australian and international airlines, are also considering taking action over pay and work conditions.

It comes at a time where the aviation industry is already struggling, with long airport queues, delayed or cancelled flights and missing baggage a common occurrence for customers.

The Transport Workers’ Union said Dnata staff asked for more secure jobs at higher wages during recent enterprise bargaining negotiations, after the company unsuccessfully tried to bring in overseas workers from the Philippines.

“Dnata workers struggled through two years of stand down with no financial support from their employer or the Morrison government,” TWU national secretary Michael Kaine said.

After standing by the company through the hardest times and now working well beyond safe capacity while rosters are severely understaffed, the most experienced workers are facing pay cuts while conditions are below Award minimums.

“Dnata has struggled to fill vacant positions because of low pay and casual, part-time work, but rather than lift standards or guarantee workers more hours in their contracts, Dnata tried to bring in overseas workers at great expense.

“Dnata workers are the latest casualties of the Qantas administration’s agenda to drive down wages and conditions.”

A Qantas spokesperson said they would work with Dnata to mitigate disruptions caused by the potential strikes.

“Dnata handle up to 20 airlines that fly into Australia, and this is going to disrupt thousands of people wanting to go on holidays and visit family and friends,” they said.

They also slammed the TWU, calling their actions “appalling behaviour”.

“The TWU has been trying to discredit the safety of outsourced ground handling, despite data showing a lower rate of incidents compared to when this work was done in-house.

“This kind of behaviour is hypocritical and it undermines the strong safety culture that exists throughout Australian aviation.”

Dnata have provided ground handling services to Qantas since the airline controversially sacked 1700 ground staff in 2020.

Qantas‘ decision was later found to be illegal and in breach of the Fair Work Act by the Federal Court, though the airline is appealing this ruling in the High Court.

It comes after a leaked memo from Dnata revealed staff have been old to “politely but firmly dismiss” any “pressure from airline reps” or managers to work faster.

The memo said the unsafe behaviour had led to “quite a few incidents, including “aircraft damage” and “serious damage” to pieces of ground support equipment.

Qantas are also facing potential industrial action for its aircraft engineers over a pay dispute.

“Qantas, Jetstar, and Network Licenced Aircraft Engineers are being balloted to approve industrial action at their respective airlines,” he told NCA NewsWire.

“The ballots close on August 10 and will almost certainly be in favour of the actions.

“We want to reassure passengers that our one-minute stoppages will not interrupt their travel plans.”

A Qantas spokesperson said they were “disappointed” with the ALAEA’s action ballots after the airline had been “negotiating in good faith”.

“We’re disappointed the ALAEA has taken this step given we’ve been negotiating in good faith on the agreements. This action from the union is completely unnecessary,” they said.

“With the industry still recovering from the impact of the pandemic, the last thing it needs is the threat of industrial action.

“Should the union proceed with industrial action, we have contingency plans to minimise any disruptions.”

Can a weighted blanket really stop a heatwave ruining sleep?