Do you, and your dream electric vehicle, qualify for new $7,500 credit? 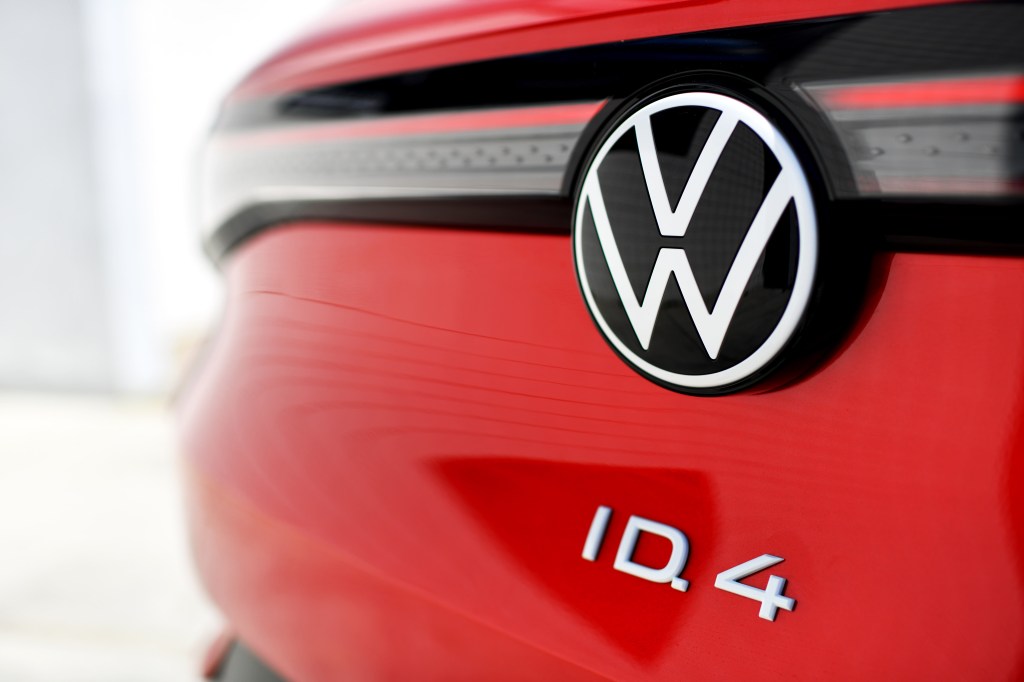 The latest federal program to encourage electric vehicle purchases starts this week, offering the single largest financial boost available to buyers — a $7,500 tax credit — in hopes of cutting the use of fossil fuels.

The new program makes some Tesla vehicles eligible for credits once again and guarantees availability of the money until 2032. And in California, buyers can stack the federal credit with a state credit of up to $7,000, depending on eligibility. But buyers will be subject to income limits and manufacturers will have to contend with new federal restrictions on where the components of qualifying cars can be made, complicating the process for many.

Still, Brian Moody, executive editor of AutoTrader, said the credits should help broaden electric vehicle sales beyond the “early adopters” who have bought EVs even though they typically cost more than gas vehicles. “You’ve removed the barrier of price for some people,” Moody said.

The new tax credit, created under the Inflation Reduction Act passed in August, is part of the legislation’s heavy focus on reducing emissions that contribute to climate change. The program aims to restrict where vehicles and batteries can be made in a bid to help build domestic manufacturing capability, add jobs and reduce dependence on foreign producers.

The new tax credit program scraps a provision of a previous $7,500 credit program that only allowed the first 200,000 EVs produced by any company to qualify, and made Tesla and General Motors vehicles ineligible. It adds income caps for buyers, along with price caps for vehicles, and a requirement that final assembly takes place in North America.

To be eligible for the credit, a car must have a manufacturer’s suggested retail price of $55,000 or less, and a van, SUV or pickup truck must have an MSRP of $80,000 or less.

The new credit program applies to certain vehicles at certain prices from Audi, Ford, Nissan, Rivian, Chrysler, Jeep, Tesla, Volkswagen and Volvo, according to the IRS. Other automakers, including General Motors, Kia and Subaru, have entered into written agreements to qualify for the program, but have not yet submitted a list of eligible vehicles, the agency said.

Not everyone is happy about the new restrictions. Tony Rohayem, general sales manager at Volkswagen of Oakland, said the earlier version of the program, without the price and income caps and assembly requirement, made buying an EV simpler for consumers. “It’s going to be a harder decision to go electric with these restrictions,” Rohayem said.

Additionally, customers have been canceling orders made months ago because the car they ordered now doesn’t qualify for the rebate because it was not assembled in North America, he said. “The federal movement kicked this in very quickly and a lot of people got screwed in the middle,” he said. “It’s pretty messy.”

But the market may just need time to adjust. When Volkswagen saw the new assembly requirement in the Inflation Reduction Act, it quickly shifted production of many EVs to Tennessee from Germany, which will provide consumers with more VW vehicles that qualify for the tax credit, Rohayem said.

Final assembly of an EV must have taken place in the U.S., Canada, Mexico or Puerto Rico. The U.S. Department of Energy has issued an advisory that for some manufacturers, the assembly location may vary “because some models are produced in multiple locations.” To see if a specific EV would meet the North America assembly requirement, prospective buyers can run vehicle identification numbers through the Energy Department’s platform, or the National Highway Traffic Safety Administration’s decoder, or by checking an information label affixed to the vehicle, the department said.

Buyers for whom the tax credit is important should check the IRS list of qualifying vehicles, and also ensure through a VIN check that the vehicle is among those eligible, Moody said.

Higher-income buyers are not eligible for the credit. Vehicle purchasers must have an adjusted gross income — Line 11 from federal tax Form 1040 — not exceeding $300,000 for married couples filing jointly, $225,000 for a head of household or $150,000 for other taxpayers, according to the Internal Revenue Service.

The Inflation Reduction Act also provides, for the first time, a federal tax credit for used EVs, of up to $4,000. This credit, too, comes with income restrictions, price caps and other limitations.

The State of California offers rebates of $1,000 to $7,000 on new electric and plug-in hybrid vehicles. Additional regional and county-level EV grants and rebates, many of them income-based, are also available.

Katherine Stainken, vice-president of policy at the Electrification Coalition, a nonprofit promoting EVs, said the new federal program’s price and income restrictions could make it harder for consumers to figure out if they or their vehicle of choice are eligible for a credit.

“Ideally we wouldn’t have had anything like that, but … we’d rather have the tax credit at the end of the day than not,” Stainken said. Despite the limitations, the new program will “lead to an increase in the adoption of EVs, especially because people are aware more than ever before of the cost of gas,” she said.

To Moody, of AutoTrader, the assembly requirement — and additional restrictions coming later concerning where batteries and minerals in them are produced — adds value for the United States. “It’s going to be healthy for our economy and for our country to build these things and source these things here,” Moody said.

Washington traffic safety is ‘a crisis that we can’t ignore,’ lawmakers say