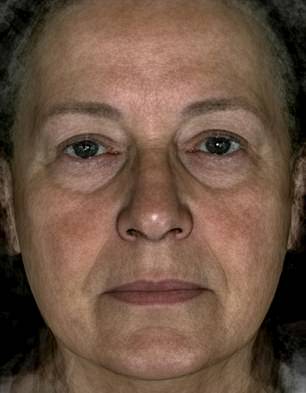 If you look older than your school friends, it might be a reason to worry.

For researchers have now warned that it could be a sign you’re more at risk of age-related illness such as osteoporosis, hearing loss and cataracts.

Academics in the Netherlands guessed the age of around 2,700 people aged 50 to 90, based only on pictures of their face, and grilled them on their medical ailments to try to tease out any trends. 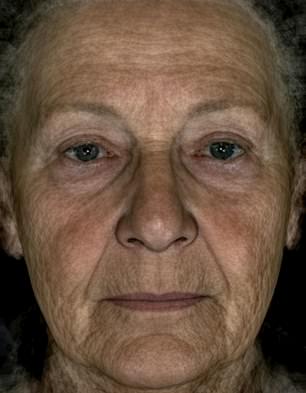 The study saw an independent panel of 27 people estimate the age of each participant based on pictures of their face. The images show faces based on merging of participants faces. Pictures of people aged 70, on average, were used for both images. But the group on the left was perceived to be 60, while the group on the right were thought to be 80

How to age healthily

Look after your eyes

The eyes can be affected by age-related conditions.

Regular eye tests can spot these early, while not smoking, eating lots of fruit and vegetables and wearing sunglasses can keep them protected.

Boost health by eating a balanced diet that is low in saturated fat and packed with fruit, vegetables and wholegrains.

Limit alcohol to not exceed 14 units — six pints of beer or 10 small glasses of wine — per week and keep at least two days alcohol-free.

Regular exercise can lower the impact of illnesses such as osteoporosis, diabetes and high blood pressure.

Minimise the time spent sitting down for extended periods by taking regular walks.

They were also up to a quarter less likely to suffer from medical woes, such as cataracts.

‘In other words, if you look younger than you are, then the health of your organ systems, body and mind are likely to reflect this,’ according to lead author Professor Tamar Nijsten, a dermatologist at Erasmus University Medical Center Rotterdam.

‘We specifically investigated the link between looking young and various common age-associated health issues and found that youthful looks are linked with lower measures of systemic ageing.’

Professor Nijsten added: ‘This is not a definitive study, but it is probably the best study so far providing evidence that perceived age also reflects internal ageing.

‘The study clearly demonstrates that something is going on, likely on a biological level and beyond the usual lifestyle factors such as UV exposure or smoking.’

Researchers gathered pictures — taken from the front and side — of 2,679 people who were not wearing any makeup or jewellery. Participants were aged 66, on average.

An independent panel of 27 people then estimated the age of each based solely on their looks.

Each volunteer was given a perceived age score, calculated by taking the difference between their age and their estimated age.

For example, someone thought to look seven years younger than their biological age would have a score of seven.

The higher the score, the younger a person looks.

After estimating their ages and calculating scores, experts reviewed their lifestyle and health data, such as their weight, smoking habits and health status.

The findings, published in the British Journal of Dermatology, revealed the groups who looked five years younger than their age performed better on cognitive tests.

The cohort were 15 per cent less likely to suffer from chronic obstructive pulmonary disease — lung conditions that cause breathing difficulties — and 24 per cent less at risk of osteoporosis.

Younger-looking people were also 16 per cent less likely to need cataracts and 24 per cent less at risk of having age-related hearing loss.

The team noted that those who had the highest age score were mainly men (61 per cent), less likely to smoke and had the highest BMI, which they said was likely down to the ‘filler effect of facial fat’.

Researchers said their findings, merely based on observational evidence, support the idea of doctors using how old someone looks as a ‘diagnostic clue’.

The study did not examine the reasons behind this finding.

But the team think that the biological process which causes the face to look older — such as less fat and the development of wrinkles — are also behind changes to tissue and bone density, which are linked with health conditions.

The researchers noted that the people included in the study were European, so future studies are needed to examine if the findings apply to different populations.

In other health news…

Outrage as Conservative MP Andrew Bridgen compares Covid vaccine roll-out to the HOLOCAUST: Party removes whip for ‘crossing the line and causing great offence’ in Twitter rant as fellow Tories warn he could have ‘blood on his hands’

Now the physios will strike! Another NHS union adds to winter walk-out chaos

14,000 beds are still occupied by patients fit enough to be discharged, so how busy…