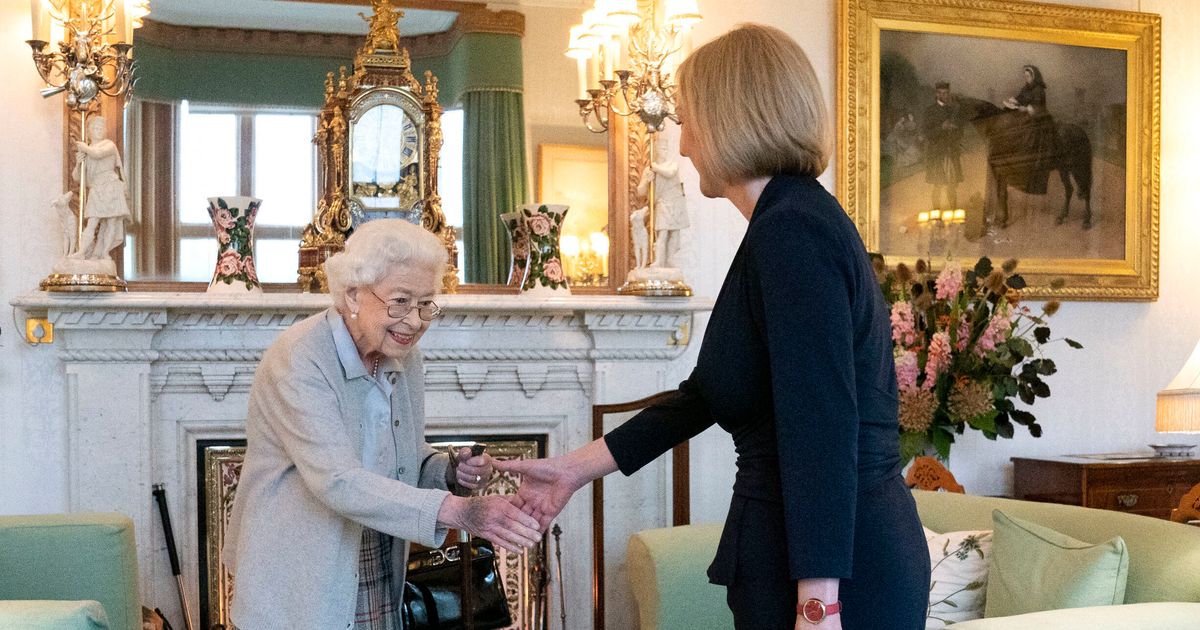 Buckingham Palace on Thursday said that doctors for Queen Elizabeth, 96, are “concerned” over her health.

“Following further evaluation this morning, The Queen’s doctors are concerned for Her Majesty’s health and have recommended she remain under medical supervision,” the statement reads. “The Queen remains comfortable and at Balmoral” in Scotland.

Earlier this week, the queen accepted the resignation of Boris Johnson and appointed Liz Truss as the country’s new prime minister. She was pictured holding a walking stick at the event.

This was the first time the queen made a prime ministerial appointment outside of Buckingham Palace.

Truss said the “whole country will be deeply concerned” over the queen’s health.

“My thoughts — and the thoughts of people across our United Kingdom — are with Her Majesty The Queen and her family at this time,” Truss wrote on Twitter.

The whole country will be deeply concerned by the news from Buckingham Palace this lunchtime.

My thoughts – and the thoughts of people across our United Kingdom – are with Her Majesty The Queen and her family at this time.

Anne, the Princess Royal, is already at Balmoral, while Prince Andrew, the Duke of York, and Prince Edward, the Earl of Wessex, and his wife, Princess Sophie, the Countess of Wessex, are also traveling there, the Press Association reported, citing sources.

Prince Charles and Camilla, the Duchess of Cornwall, as well as Prince William, are on their way to Balmoral, Clarence House and Kensington Palace said. The Duke and Duchess of Sussex will be traveling to Scotland, a spokesperson told HuffPost.

Rumors that the queen suffered a fall are incorrect, Sky News reported.

The network reported the queen had to pull out of the Privy Council meeting she was meant to be on virtually last night after working a full day Tuesday, accepting her doctors’ advice to rest.

This comes as the Queen has experienced some health issues in recent years.

Earlier this summer, the queen celebrated 70 years on the throne, but missed one of the Platinum Jubilee celebrations after experiencing “some discomfort.”

The 96-year-old monarch also pulled out of the state opening of Parliament in May after experiencing “episodic mobility problems.”

In February, she tested positive for COVID-19, later revealing that it left her tired.

In November 2021, the queen sprained her back and had to pull out of the Remembrance Sunday service, one of her most significant annual engagements, according to The Associated Press.

A month before that, in October 2021, she spent a night in a central London hospital for “preliminary investigations” after canceling a Northern Ireland visit.

Her husband, Prince Philip, the Duke of Edinburgh, died in April 2021.

Parent-teacher organizations aren’t only for the kids

Is Eskom the one company wrecking SA’s economy?