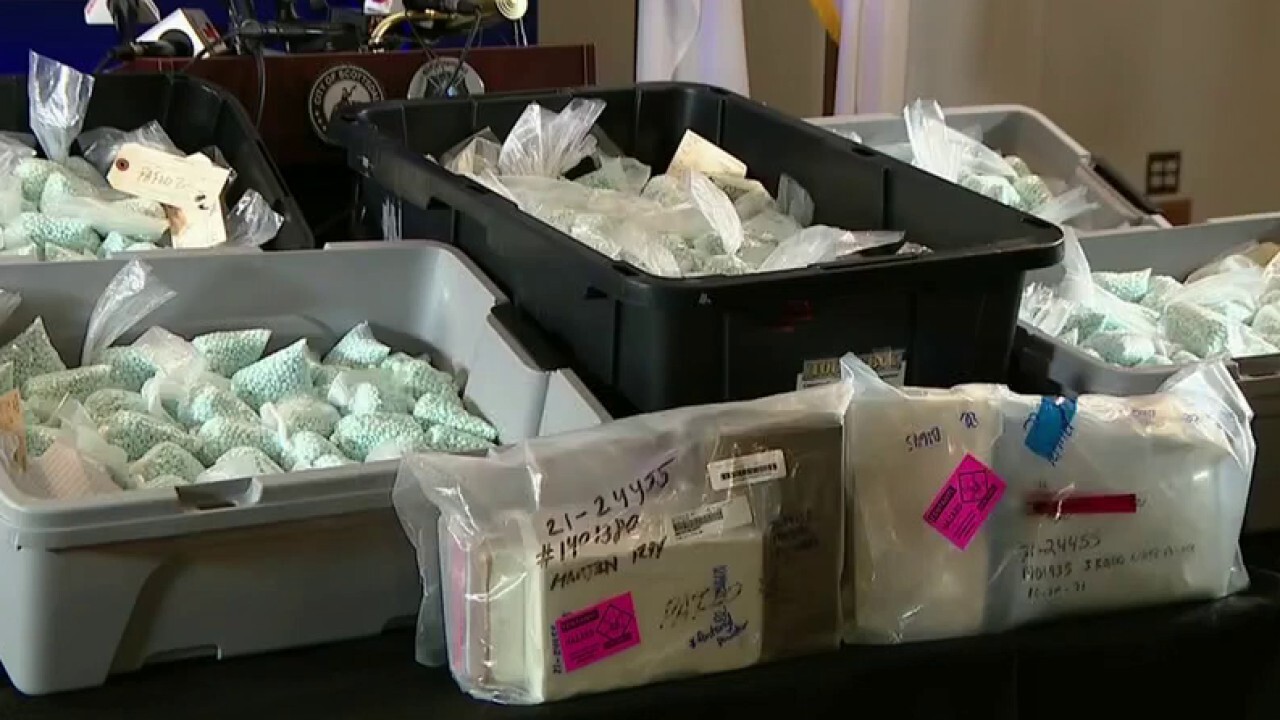 The Justice Department filed a lawsuit against one of the country’s largest wholesale pharmaceutical distributors on Thursday, alleging the company “for years flouted its legal obligations and prioritized profits over the well-being of Americans” by failing to report suspicious orders of controlled substances, like fentynal and oxycodone, which were then sold illegally, fueling the devastating opioid epidemic.

In the civil lawsuit, the DOJ alleges that over the course of nearly a decade, from 2014 through the present, AmerisourceBergen Corporation and two of its subsidiaries violated the Controlled Substances Act by failing to report to the Drug Enforcement Agency (DEA) at least hundreds of thousands of suspicious orders of controlled substances, as required by law.

The lawsuit claims that the company knowingly filled and failed to report numerous orders from pharmacies for prescription opioids that were then sold in illicit markets.

“The Department of Justice is committed to holding accountable those who fueled the opioid crisis by flouting the law,” said Associate Attorney General Vanita Gupta.

The Department of Justice’s lawsuit claims that AmerisourceBergen knowingly filled and failed to report numerous orders from pharmacies for perscription opioids that were then sold in illicit markets.

FENTANYL SEIZURES AT THE BORDER CONTINUE TO SPIKE, SHATTER RECORDS IN 2022

“Companies distributing opioids are required to report suspicious orders to federal law enforcement. Our complaint alleges that AmerisourceBergen — which sold billions of units of prescription opioids over the past decade — repeatedly failed to comply with that requirement,” she said.

The government’s complaint specifies several pharmacies for which AmerisourceBergen allegedly was aware of significant “red flags” suggesting the existence of diversion of prescription drugs to illicit markets, but that the company nevertheless continued to distribute drugs to the pharmacies for years and reported few suspicious orders to the DEA.

The lawsuit cites five examples, including two pharmacies, one in Florida and one in West Virginia, for which AmerisourceBergen knew the drugs it distributed were likely being sold in parking lots for cash.

The lawsuit also notes a Colorado pharmacy that AmerisourceBergen knew was its largest purchaser of oxycodone 30mg tablets in all of Colorado, identified 11 patients as potential “drug addicts” whose prescriptions likely were illegitimate, but ignored the red flags. Two of those patients subsequently died of overdoses, the complaint alleges.

AmerisourceBergen fired back in a statement to Fox News Digital, saying the DOJ “cherry picked” those examples “out of the tens of thousands of pharmacies that use AmerisourceBergen as their wholesale distributor, while ignoring the absence of action from former administrators at the Drug Enforcement Administration – the DOJ’s own agency,” the company said.

“Even in these five hand-selected examples presented by the DOJ, AmerisourceBergen verified DEA registration and State Board of Pharmacy licenses before filling any orders, conducted extensive due diligence into these customers, reported every sale of every controlled substance to the DEA, and reported suspicious orders of controlled substances to the DEA for every one of these pharmacies – hundreds of suspicious orders in total.

“With the vast quantity of information that AmerisourceBergen shared directly with the DEA with regards to these five pharmacies, the DEA still did not feel the need to take swift action itself – in fact, AmerisourceBergen terminated relationships with four of them before DEA ever took any enforcement action while two of the five pharmacies maintain their DEA controlled substance registration to this day,” the company added.

The company also stated that a federal judge recently held that AmerisourceBergen “has maintained a compliance diversion control program in accordance with the law for decades,” and said that the court decision “addressed many of the same accusations that are made in this DOJ complaint while acknowledging the role of the DEA in controlled substance distribution with tools like manufacturing quotas – ultimately concluding that AmerisourceBergen had complied with the law.”

Pharmaceutical distributors that sell controlled substances, including AmerisourceBergen, have a longstanding legal obligation to monitor the orders that they receive from pharmacies and other customers, and they must inform the DEA every time they receive a suspicious order.

“AmerisourceBergen, one of the largest wholesale distributors of opioids in the world, had a legal obligation to report suspicious orders to the Drug Enforcement Administration… and our complaint alleges that the company’s repeated and systemic failure to fulfill this simple obligation helped ignite an opioid epidemic that has resulted in hundreds of thousands of deaths over the past decade,” said DEA administrator Anne Milgram.

Pharmaceutical distributors that sell controlled substances, including AmerisourceBergen, have alongstanding legal obligation to monitor the orders that they receive from pharmacies and othercustomers, and must inform the DEA each and every time they receive a suspicious order.
(Joe Burbank/Orlando Sentinel via AP, File)

FORMER FENTANYL ADDICT DISCUSSES ADDICTION, RECOVERY: ‘THESE DRUGS WILL SINK THEIR CLAWS INTO YOU’

If AmerisourceBergen is found liable, it could face escalating civil penalties between $10,000 and upwards of $100,000 per violation, depending on when each violation occurred and the type of controlled substance at issue – potentially totaling billions of dollars in penalties.

The lawsuit was filed in the U.S. District Court for the Eastern District of Pennsylvania.

Brianna Herlihy is a politics writer for Fox News Digital.

Six climate breakthroughs that made 2022 a step toward net zero