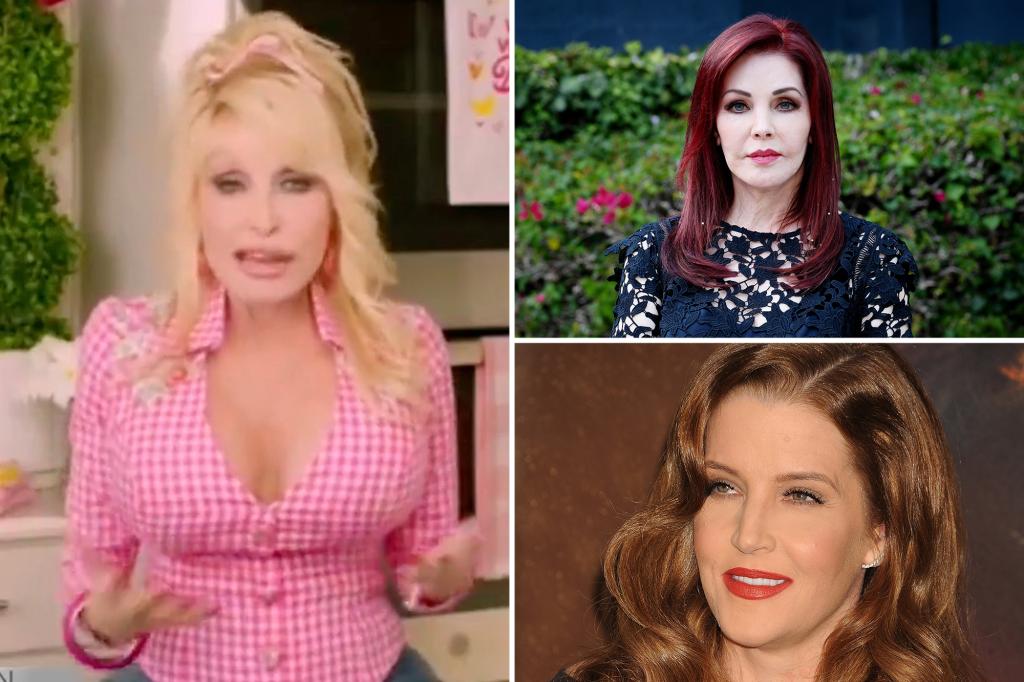 Dolly Parton says she is “heartbroken” for Priscilla Presley, whose only daughter, Lisa Marie Presley, died Thursday at the age of 54.

The 76-year-old country superstar appeared Tuesday on “The View,” where co-host Joy Behar asked the Rock & Roll Hall of Fame inductee about her motivations for penning a heartfelt tribute to the Presley family on Instagram.

“[I] just think about the sorrow and the grief that a mother would have losing a child,” Parton said on the video call, adding that Priscilla, 77, is a friend she’s “known for a long time.”

“And then of course knowing Elvis would be so happy to have her with him again, and just all of us just being there for that family we all feel like we’re part of.”

The Los Angeles County Coroner’s Office has not announced Presley’s cause of death, but her heart reportedly stopped twice. Elvis died in 1977 at the age of 42 after suffering heart problems.

“I was just heartbroken for Priscilla, as well as the world, being so shocked and horrified by the early death of some special, wonderful girl,” Parton continued on “The View.” “So it just feels like a family. I was just talking about how we all love that family as if it’s our own. It’s a tragic thing.”

Parton discussed her relationship with Priscilla in a 2021 interview with W magazine.

She claimed that the former Mrs. Presley once told her that Elvis serenaded her with Parton’s “I Will Always Love You” when they split in 1972.

“That touched me so deeply,” the songwriter added.

She also revealed that Elvis was set to record the song, which went on to be a Whitney Houston classic, until his business manager asked for half of the publishing rights.

“I said, ‘I’m sorry, but I can’t give you the publishing,’” Parton told the mag. “I wanted to hear Elvis sing it, and it broke my heart — I cried all night.”

She continued: “I had to keep that copyright in my pocket. You have to take care of your business! Everybody’s going to use you if they can. These are my songs — they’re like my children. And I expect them to support me when I’m old!”

She added that she’s “working on” getting Mick Jagger and Cher to hop on board too.

Love Island fans all have same complaint about latest bombshell