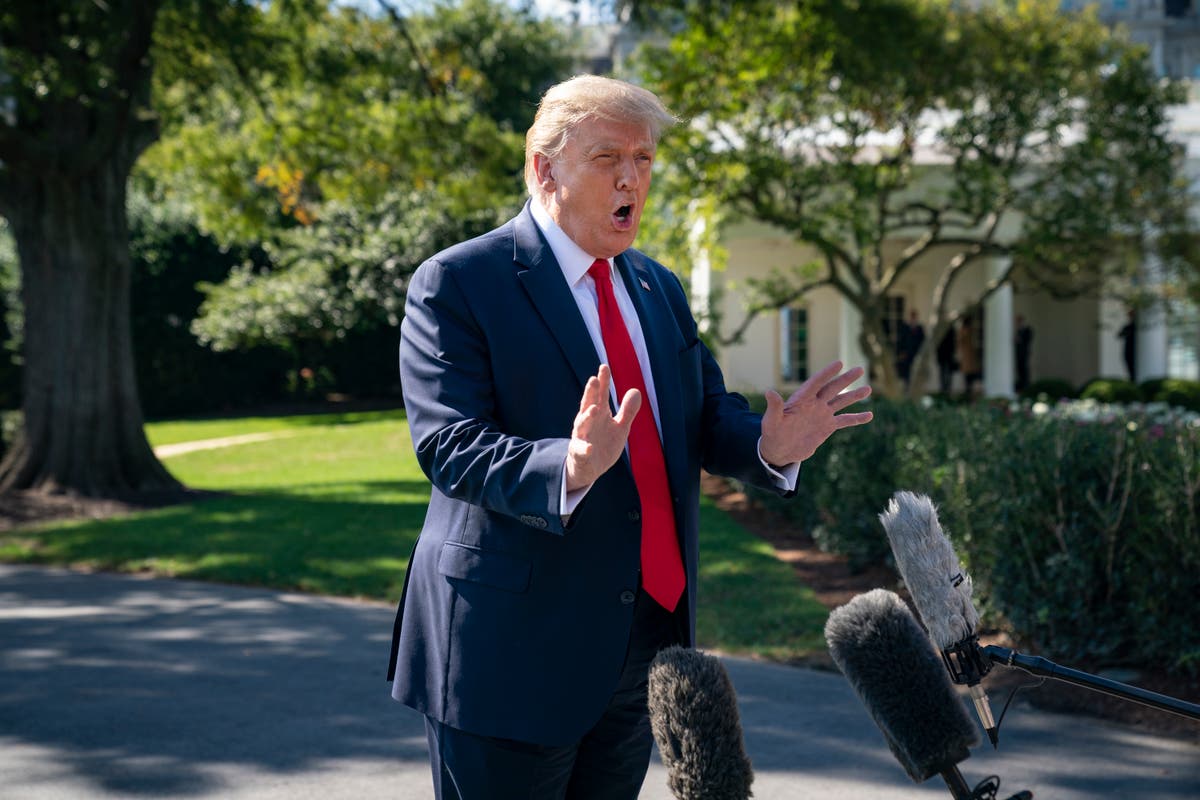 Donald Trump has claimed that a conspiracy in the publishing industry is preventing authors from writing nice things about him.

“I know many people that wanted to write a really good book about me, but their publishers wouldn’t let them,” the former president wrote on his Truth Social network on Friday.

“They were not interested in any way, shape, or form unless they were willing to say bad things. Some took a pass, and some sold out to the Enemy.”

The comments may be related to a forthcoming book about Mr Trump from New York Times reporter Maggie Haberman. Excerpts that have already been made public contain numerous embarrassing details about the former president.

In the book, Confidence Man: The Making of Donald Trump and the Breaking of America, which will be released in early October, Ms Haberman reports a number of new salacious bits of White House drama.

Mr Trump reportedly flushed documents down the White House toilet, and privately derided his nominal ally Florida Governor Ron DeSantis as a “fat,” “phony,” and “whiny” candidate who wouldn’t have succeeded without a Trump endorsement in 2018.

“The question I get asked more than any other question: ‘If you had it to do again, would you have done it?” he reportedly told Ms Haberman, about running for president. “The answer is, yeah, I think so. Because here’s the way I look at it. I have so many rich friends and nobody knows who they are.”

The book may also be relevant to ongoing national security investigations. Mr Trump equivocated with Ms Haberman about which documents he took from the White House after leaving office, and provided accounts of the January 6th riots that clash with testimony from his former aides. He claimed he wasn’t watching the insurrection live on TV as it occurred, while White House staff have testified that he was.

The former president has swung between praising Ms Haberman’s book and blasting it as untrue.

“I love being with her; she’s like my psychiatrist,” Mr Trump told an aide during one interview for the book.

However, he’s also blasted her as a “creep” and claimed the book wasn’t fact-checked.

He continued: “In it she tells many made up stories, with zero fact checking or confirmation by anyone who would know, like me. In one case she lies about me wanting to fire my daughter, Ivanka, and Jared. WRONG, pure fiction. Never even crossed my mind. Just have to fight trouble making creeps like Maggie, and all the rest!”

The New York Times reporter has stood by her work, and shared an image of the questions she put to Mr Trump, with responses from the former president in his distinctive handwriting.

Studying the genetics and evolution of dogs’…