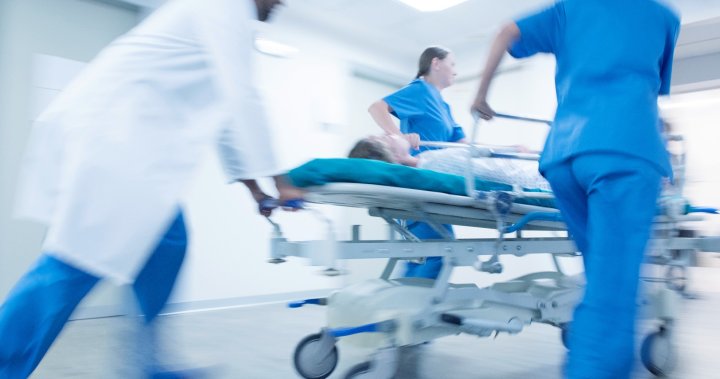 With Canada’s health-care system “in crisis” as described by many front-line workers, there is a renewed push towards leaning on private facilities to ease the pressure on public hospitals.

That announcement has reignited a long-standing debate over privatization of the Canadian health-care system, with other provinces weighing their options.

‘Frustrating’ and ‘devastating’ — The domino effect of family doctor, LTC shortages on ERs

While some experts consider privatization a possible solution to staffing shortages and long wait times, others see it as a threat to public care.

“Canada is the only country in the world where it is illegal to obtain private health insurance when there are long wait-lists. That surely says something,” said Dr. Brian Day, medical director of Cambie Surgery Centre in Vancouver and past president of the Canadian Medical Association (CMA).

Day, whose private clinic in Vancouver has been up and running since June 1996, has long been advocating for a parallel private system in the province.

He launched a legal challenge to the B.C. Medicare Protection Act, saying wait times in the public health system are too long and stopping patients from paying for those services outside the public system violates their rights.

In July, the B.C. Court of Appeal dismissed the Vancouver surgeon’s challenge.

However, in their ruling, the judges accepted that the act’s provisions “deprived some patients’ right to security of the person by preventing them from accessing private care when the public system had failed to provide timely medical treatment.”

Days says the funding model needs to change in the country, adding that the “state-run monopoly” is killing Canadians.

“The promise was that we would have a universal system where everyone was treated, but people are dying on wait-lists,” he said.

Currently in Canada, the public sector pays for 75 per cent of the total health expenditures across the country, while 25 per cent comes from the private pool, according to the Canadian Institute for Health Information (CIHI).

Dr. Michael Rachlis, public health physician and adjunct professor at the University of Toronto, said privatization is not the solution as it creates inequalities, costs more and compromises quality of care.

“Privatization of anything would make no difference in the emergency room wait times next week or a year from now. It’s just zero difference. They’re completely different issues.”

Eugene Litvak, adjunct professor at the Harvard School of Public Health and president of the not-for-profit Institute for Health Care Optimization in Boston, agrees.

He said involving more private hospitals will not solve Canada’s nursing shortage problem and more money does not necessarily mean it will cut ER wait times.

“What I think the Canadian health-care system is lacking is a scientific approach of what needs to be done to address multiple issues,” he said.

Litvak believes a “centralized” approach is needed at the federal and provincial levels that provides hospitals relief in the face of a crisis.

Canada vs. other countries

Canada’s health-care system is lagging behind some other high-income nations, according to some reports.

A 2021 report by the Commonwealth Fund ranked Canada’s health-care system 10th overall out of 11 countries. Norway was top-ranked followed by the Netherlands, Australia and the United Kingdom.

The United States, where health care is largely covered by private insurance, was ranked last.

Canada’s health-care system is “unique in the world” as it prohibits services by private insurance companies, according to a 2003 report published in the New England Journal of Medicine.

About two-thirds of the population have private health insurance, according to the Commonwealth Fund.

However, this only covers services that are excluded from the universal health coverage such as vision and dental care, outpatient prescription drugs, rehabilitation services and private hospital rooms.

In Australia, which like Canada has a universal health-care system, private health insurance may include coverage for hospital care, general treatment or ambulance services.

Australians also have the option to be treated as a private patient with 75 per cent fee coverage for hospital services.

In Germany, citizens who have the money can opt out of the country’s statutory health insurance and purchase “substitutive coverage.”

Even the U.K., which has a revered universal health-care system, offers private options.

Where do the provinces stand?

Health care falls under provincial jurisdiction in Canada, but Rachlis believes provinces would be better off if the federal government had more control over how services are organized without interfering with the delivery of care.

“If the provinces get a lot of money with no conditions, they’re simply going to be mugged when they get back home and it’ll be more money for the same set of services, and that’s not sustainable,” he said.

Ontario has taken the lead in the private-public debate.

The province says it wants more integration between the public and private sectors to reduce pressure on the public system, but has no plans to privatize it.

In a sit-down interview with Global News last month, the CEO of Ontario Health said the agency is pushing for more control of the private sector, including which services it could perform, the funding it would receive and collaboration with the public sector.

“What we are saying is can we create one funding envelope so that you can’t create this scenario over here where an independent facility can just start doing more procedures,” Matthew Anderson said.

“We can control at a funding level how many they’re doing.”

2:15
CEO of Ontario Health speaks to Global News about private delivery of healthcare

New Brunswick Premier Blaine Higgs said “all options are on the table” when asked last month if the Maritime province will be adopting measures now being pursued in Ontario, including hiking public funding for private health services.

While Quebec’s government is already doing business with pharmacists, doctors and family medicine group clinics to perform surgeries, the province said it is listening to other types of services that the private sector could provide.

“The private network must be complementary to the public network in our health system,” said Marjaurie Cote-Boileau, a spokesperson for Quebec’s Minister of Health and Social Services.

Nova Scotia said it is “closely monitoring” discussions by other provinces on the impact and use of private providers to address pressures in the health-care system.

“At this time it is premature to comment on our plan to improve access to healthcare in Nova Scotia beyond what has already been announced,” Jenna MacQueen, communications adviser in the Department of Health and Wellness, told Global News in an emailed statement.

2:01
N.B. may start funding some procedures in clinic settings

In Alberta, publicly funded care has been leaning on independent providers amid the COVID-19 pandemic – and that helped cut wait times for cataract surgery nearly in half, from 19 to 10 weeks, last year, according to the Health Ministry.

“Contracting doesn’t compete with the public system, it adds to it and complements it,” Steve Buick, a spokesperson for Alberta’s health minister, said in an email to Global News.

Saskatchewan announced last month that it was expanding third-party partners to alleviate surgical wait times, but those services will continue to be publicly funded.

Last year, the province saw an increase in the percentage of surgeries completed by third-party operators, accounting for 20 per cent of all surgeries.

“These surgical procedures will remain publicly funded; however, we must take steps to better engage all resources available and consider all options to meet public demands for service while working to expand capacity within our healthcare system,” the Saskatchewan Ministry of Health said.

What are possible solutions?

Rachlis wants to see Canada focus on optimizing existing public facilities, pointing to the Queensway Health Centre’s Surgicentre in Toronto, one of the largest out-of-hospital surgical clinics in North America

Another example of the country’s world-class resources is the Pan Am Clinic in Winnipeg, which used to be owned privately before it was bought by the Winnipeg Regional Health Authority, he said.

“We’ve got the solution for the public sector, but when people don’t hear about them, you don’t know what’s on the menu. You can’t ask for it.”

Institutional rules and laws of the health-care system are holding Canada back, he said.

“There are all sorts of rules and laws that deeply influence these dysfunctional behaviours that we see in our health system that need to be changed.”

“The way to do this is to bring people together, expose the country to the best practices.”

Money alone will not solve Canada’s health-care problems, says Litvak. It’s how and where those dollars are spent that will be important, he said.

The provincial and federal governments have an obligation to educate health authorities about how to optimally utilize funds, Litvak said.

He used an old Chinese proverb to explain the Canadian situation.

“If you give a man a fish, you will feed the man for a day. If you teach him how to fish, you feed him for the rest of his life. That is what is much needed today.”

The demise of Roe is about a ‘shrinking of rights’