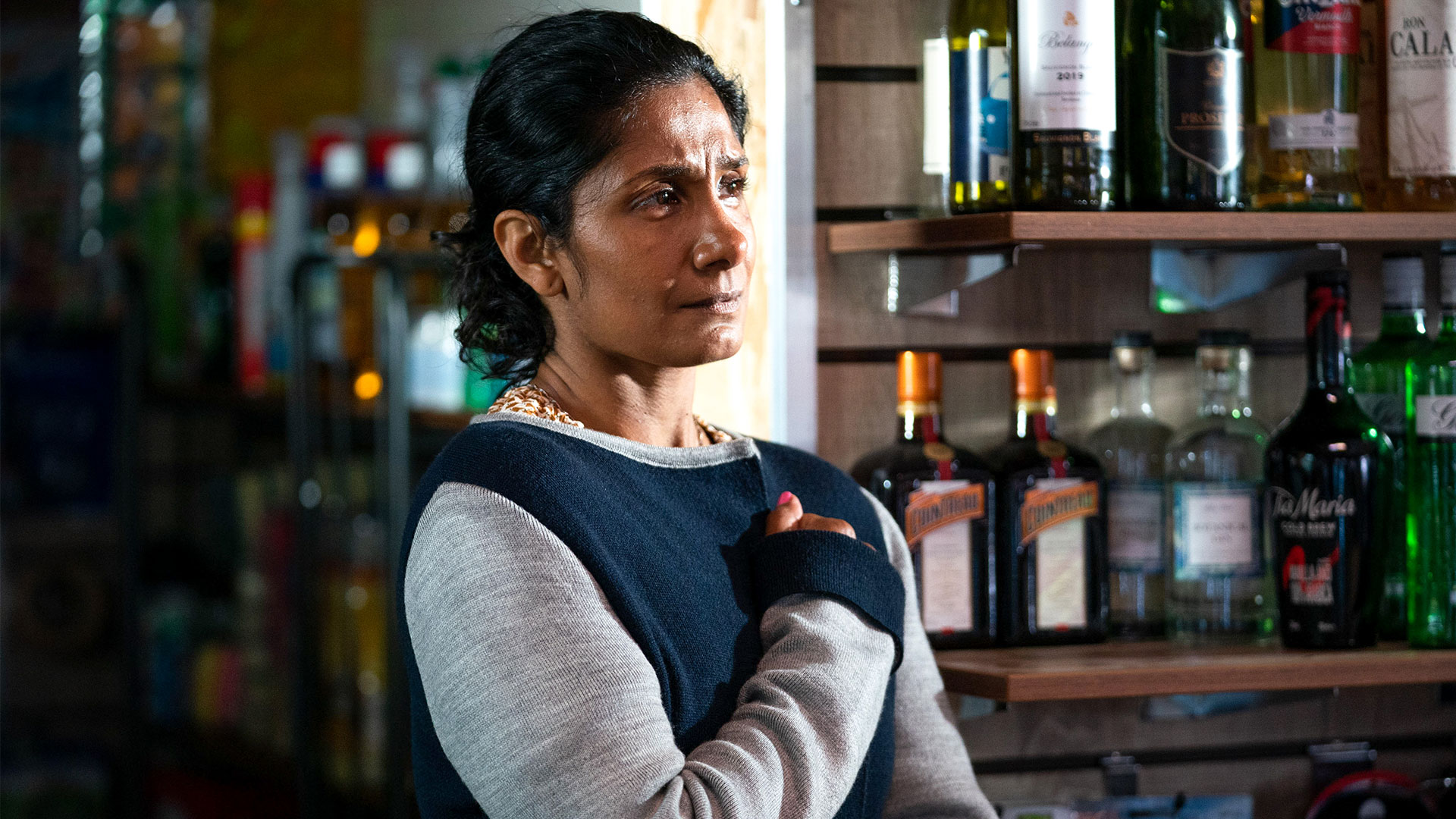 AFTER being targeted by Ranveer Gulati, Suki Panesar had no choice but to physically retaliate – which led to his death.

The EastEnders businesswoman struggles to cope with her actions and her accomplice Ravi is concerned.

Shunned away from her family by her own children due to her involvement in Jags’ death, Suki Panesar (portrayed by Balvinder Sopal) was almost sexually assaulted by Ranveer Gulati.

The character played by Anil Goutam had been blackmailing her into spending a night with him, promising her an important business venture.

When she tried to defend herself, Suki ended up hitting Ranveer over the head.

Suki then received the surprising help of Ranveer’s own son, Ravi (Aaron Thiara) and the pair covered up his death.

However, in upcoming scenes of the BBC One soap, Suki’s daughter Ash becomes aware that something is wrong with her.

The GP asks Nina to keep an eye on Suki, perhaps believing her mother is hurting after the breakdown of her family.

Meanwhile, Ravi arrives and urges Suki to carry on as normal to avoid suspicion and she complies, opening the Minute Mart.

In later scenes, however, the store is closed and Ravi is clearly annoyed.

Desperate to get her on board with his plan, Ravi gives Suki a reality check about needing to act as if nothing happed, once again.

The pair then tell Suki’s children they have bought the restaurant together – but will it be enough to distract Suki for Ranveer’s death?

Awash with guilt, she remains unaware that Ranveer’s death isn’t entirely her fault.

After hitting him on the head, Suki was shocked when Ravi walked in looking for his father and expected him to make her pay.

Instead, Ravi agreed to help her hide Ranveer’s body… and made the most of her having her back turned to finish what she had started.

Ranveer was still alive when Suki hit him and it took his son to hit him again for him to breathe his last.

Sadly, Ravi would rather have Suki blame herself for his father’s death.

Will she ever find out the truth?

EastEnders airs from Monday to Thursday on BBC One.