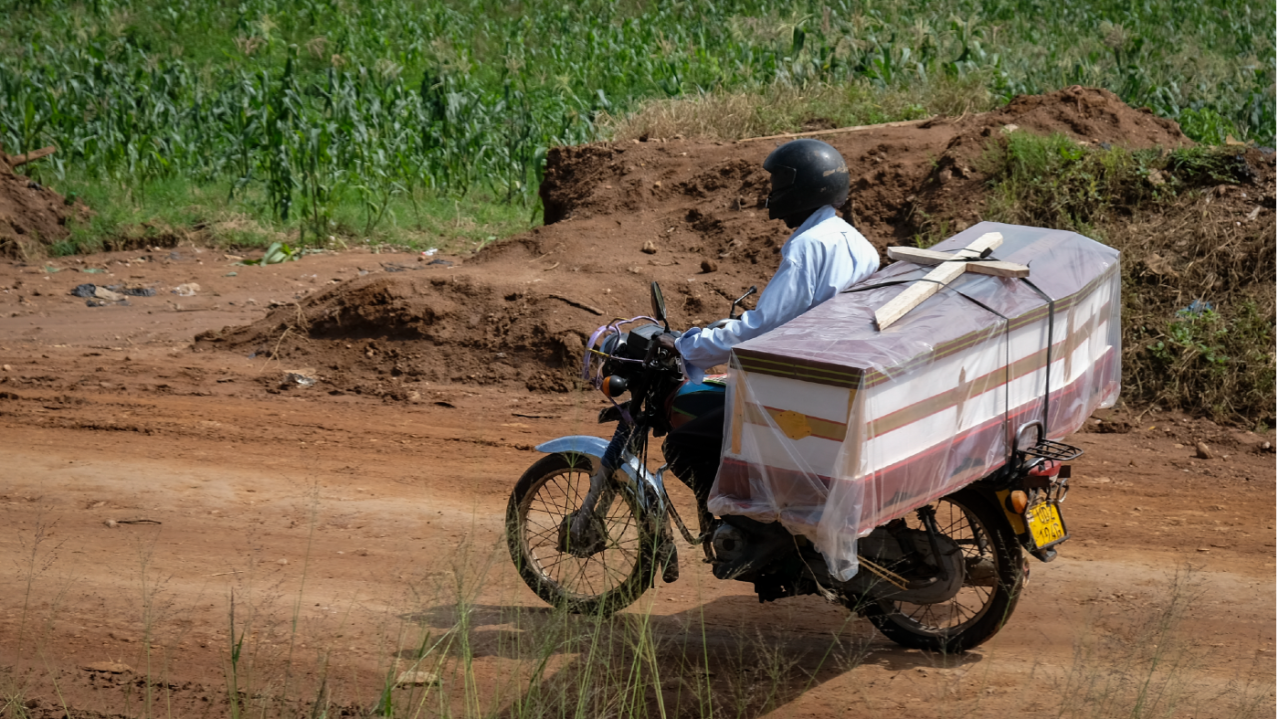 A virus knows no borders, and an elusive virus is already far ahead of us. While sporadic disease outbreak is inevitable, action by state leaders and public health experts can determine if an outbreak becomes an epidemic.

As of Nov. 25, there have been 141 confirmed cases and 55 deaths from the Ebola virus disease (EVD) in the Republic of Uganda. While that number may seem small, there is a clear and present danger of Ebola spreading to the neighboring Democratic Republic of Congo, Kenya, Rwanda, Tanzania and South Sudan.

The ongoing COVID-19 pandemic has been a sobering reminder of how quickly an infectious disease can balloon out of control. It has also highlighted the importance of strong public health systems not only to prevent illness and death but also to protect economic development and social cohesion.

One country that is in Ebola’s line of fire is South Sudan.  As the world’s newest nation, with an estimated population of nearly 12 million people, (some estimate as high as 14 million) and a young health system, it is working to be at the ready. With South Sudan’s capital city Juba less than 400 miles from Uganda’s capital, Kampala, the two countries share a porous, economically interdependent border.

South Sudan began preparations to strengthen Ebola preparedness in 2018, but like most countries, resources were shifted to respond to COVID-19. The country’s Ministry of Health, the U.S. Centers for Disease Control, and multiple international agencies are working collaboratively not only to prevent, detect, and respond to outbreaks, but also to build a health system that can withstand shocks like COVID-19 or Ebola outbreaks.

Dr. John Rumunu, the United Nations’ director general of preventive health services and incident management explains, “Our public health laboratory and emergency operations center are fully functional and, recently, we deployed EVD trained surveillance officers to each county in South Sudan. They are working to ensure we are aware of what is happening in even the most rural of areas.”

But a potential crisis is looming. Once this disease, with an average case fatality rate of 50 percent and no vaccine for the current Sudan strain, reaches Juba, it could spread rapidly and become much more difficult to control, resulting in numerous deaths. Contact tracing, one of the key tools for arresting the spread of infectious disease, becomes increasingly difficult as numbers rise, especially in highly populated urban areas.

The high price already being paid by Uganda’s frontline health workers during this outbreak underscores the necessity to act quickly and decisively. As of Nov. 25, Ebola has infected 19 health workers and seven have died. But the continued spread of this disease and loss of our health workers, already suffering severe shortages, is not inevitable.

Over the past two years, an emergency operations center with a data management unit, an emergency alert call center and the first accredited laboratory in the country has become the country’s hub for emergency preparedness. In October, 60 frontline health workers received virtual training on the latest Ebola guidance.

Several international partners — from the World Health Organization to the International Center for AIDS Care and Treatment Programs (ICAP) at Columbia University, the organization for which I work — are conducting onsite training in South Sudan’s high-risk areas of Nimule, Kajo Keji, Kaya, Yambio, Maridi, Wau, Juba, and Yei in surveillance, screening, and infection prevention and control. Rapid response teams, including trained risk communication and community engagement managers, clinical leads and IPC coordinators, are supporting Ministry of Health surveillance officers along the Ugandan border. They are joined by a team of public health experts from South Sudan and international NGOs to prepare for what could be a long and complex response to Ebola in the region.

ICAP, through a Centers for Disease Control and Prevention-funded initiative, has also established telementoring capability at 54 South Sudan Ministry of Health facilities across five states to provide continuing professional development but also “just-in-time” training as needed. To date, 150 people have been trained on an incident management system, including the directors general of preventive health services in South Sudan’s 10 states and in administrative areas (personal correspondence/South Sudan Ministry of Health). These public health leaders serve as incident managers for all public health emergencies in their respective states. Prior investment has enabled them to coordinate the ongoing Ebola preparedness.

These steps, which have enabled South Sudan to be more prepared than ever before, would not have been possible without years of public health investment in South Sudan. The fact that a diverse team of experts is already deployed to the border is a case in point.

How Congress can support Ukraine’s power grid ahead of winter

The advent of this new Ebola outbreak on the heels of the COVID-19 crisis points a harsh spotlight on the need for continued strengthening of the health system. More rapid response teams need to be trained to allow for redundancy and surge capacity. High-quality laboratory capacity needs to be extended from the National Public Health Laboratory to states and countries at high risk for Ebola, without which, precious time will be lost in containing viral spread. In the longer term, greater investment is needed in health to develop a vaccine for all known strains of the Ebola virus.

The strength of a public health system can determine whether a disease will spread or be contained. As African countries face a new outbreak of Ebola, we must remember the power of timely public health emergency management.

Susan Michaels-Strasser is an assistant professor in Epidemiology at the Columbia University Mailman School of Public Health, and Senior Director Human Resources for Health at ICAP Columbia University. She is a Public Voices fellow with the OpEd Project and is a public health professional with over 25 years of experience in nursing and public health.