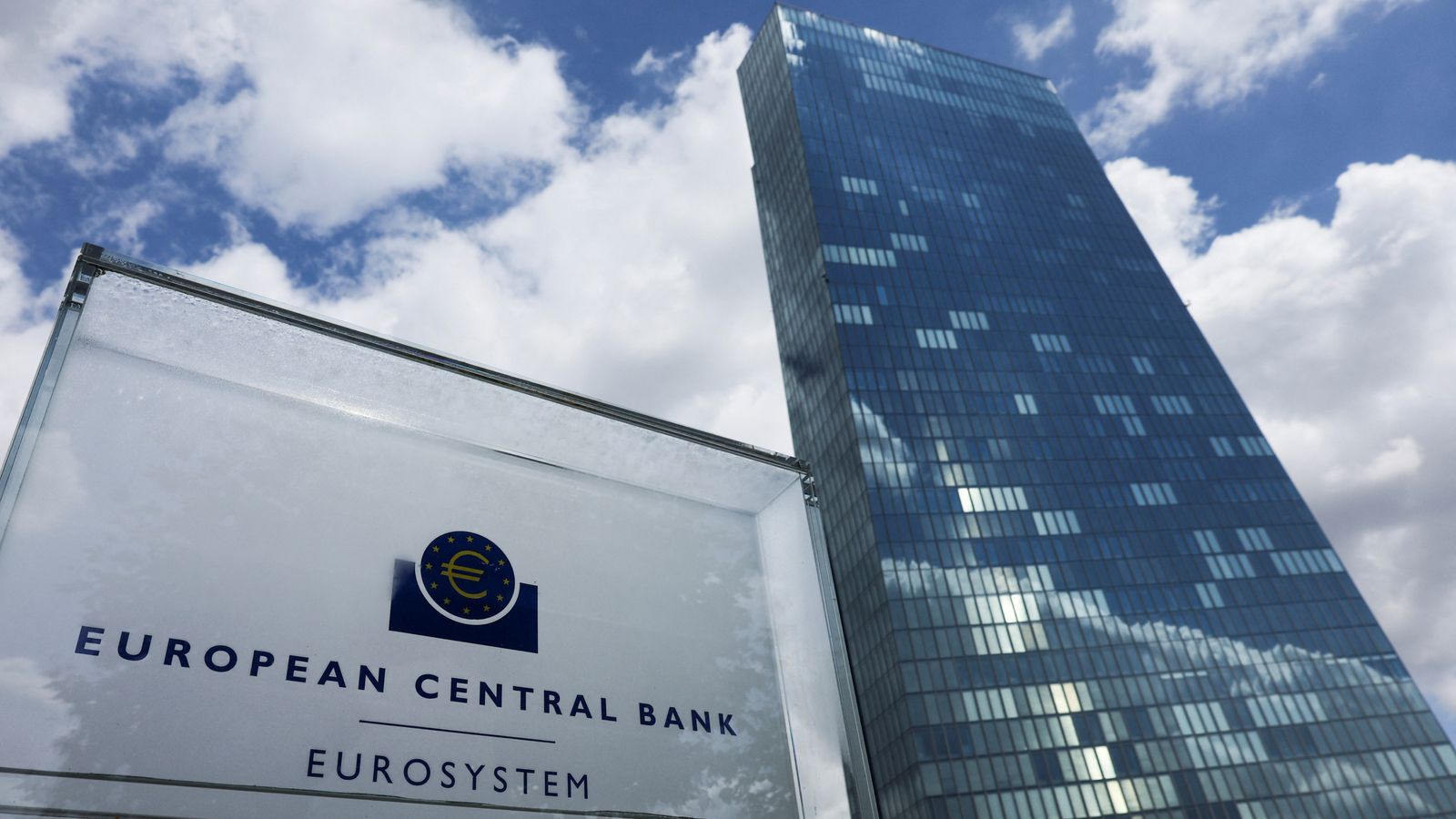 The European Central Bank has hiked its key interest rates by an unprecedented 75 basis points, signalling that further rises are likely.

On Thursday afternoon, the bank lifted the deposit rate from zero to 0.75% and the main refinancing rate was lifted to 1.25%, their highest level since 2011.

It comes as the bank battles inflation at a half-century high, and as the bloc heads for a likely winter recession.

In a statement, the ECB said: “Over the next several meetings the Governing Council expects to raise interest rates further to dampen demand and guard against the risk of a persistent upward shift in inflation expectations.”

Inflation was initially driven by energy prices – exacerbated by Russia’s invasion of Ukraine – but it is also being fuelled by the drought seen in recent months.

The ECB said: “Price pressures have continued to strengthen and broaden across the economy and inflation may rise further in the near term.

“This major step frontloads the transition from the prevailing highly accommodative level of policy rates towards levels that will ensure the timely return of inflation to the ECB’s 2% medium-term target.”

Rob Clarry, investment strategist at Evelyn Partners, said: “While Eurozone inflation has largely been driven by supply side challenges rather than excessive demand, the ECB has acted firmly as it looks to avoid expectations of higher inflation from becoming entrenched.

“Another crucial reason is to try and halt the euro’s slide against the US dollar given that this has put further upward pressure on inflation.

“Fundamentally, it appears that the ECB is taking a similar stance to the Bank of England and the Federal Reserve: tackling inflation at the expense of economic growth.

“While the economic outlook appears challenging there are some positives we can draw on.

“First, the Eurozone has made good progress in replenishing its gas stocks ahead of winter; whether this will be enough depends on ongoing flows and the winter weather.

“Second, it looks like there’s a consensus emerging around the bloc that governments need to support households by subsidising energy bills.

“This should prop up consumer spending as the Eurozone looks to avoid a prolonged economic contraction.”