EDEN CONFIDENTIAL: Rocker Roger Taylor drums up a protest over a gatehouse at his mansion 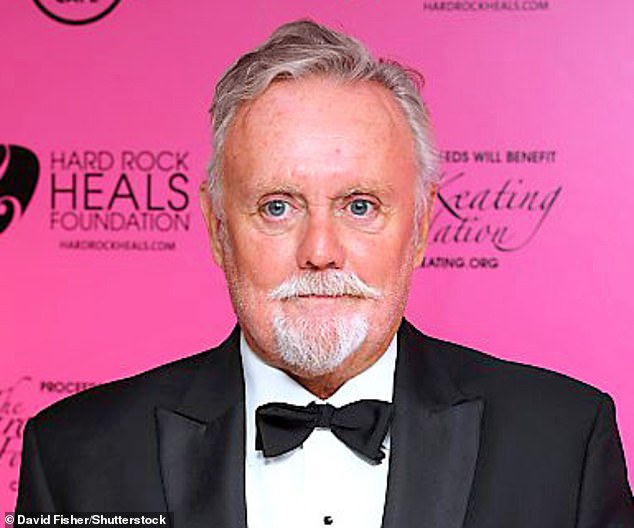 Rock legends Queen are so big that Her Majesty and Paddington Bear tapped the opening beats to their anthem We Will Rock You on tea cups at the start of the Platinum Party At The Palace.

Yet the band’s drummer, Roger Taylor, has discovered that his superstar status cuts no ice with conservationists who have gone into battle over his plans to build a gatehouse at his historic £2 million mansion in Cornwall.

Roger Taylor, 73, the drummer in rock band Queen, faces a battle over his cornish mansion

The drummer, 73, wants to demolish a former school room, gardener’s store and shed, and erect a new all-in-one building for the site manager at his coastal bolthole — a former children’s home — near Falmouth.

The new gatehouse, complete with an office and two ensuite bedrooms, would be built 100ft from the main house.

It will boost security by overlooking the gated entrance to the property, which boasts an indoor swimming pool, games room, tennis court and helipad.

But, in a letter to Cornwall Council, conservationists at Historic England say the proposed building would be ‘overly dominant’ and damage the setting of the Grade II-listed house. 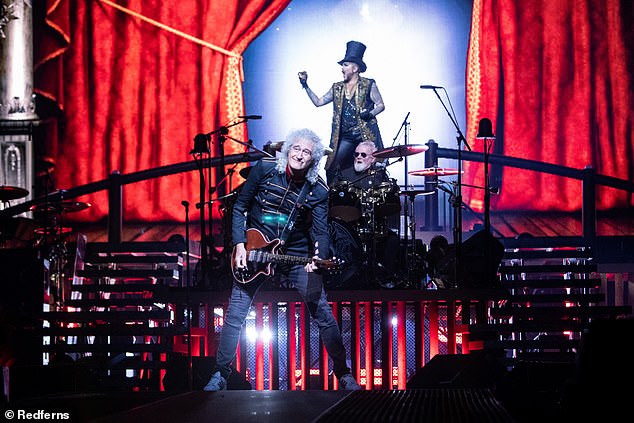 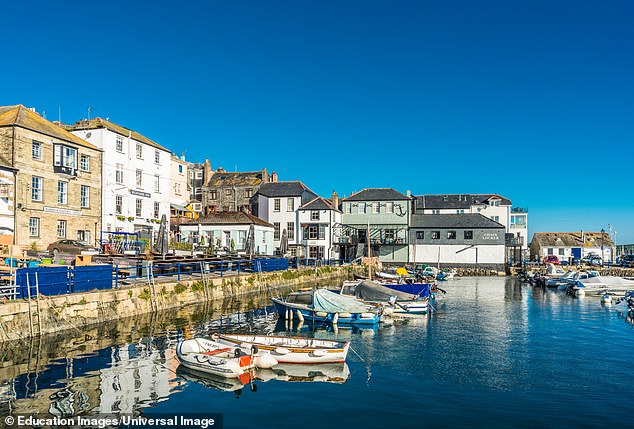 Conservationists have gone into battle over his plans to build a gatehouse at his historic £2 million mansion in Cornwall which boasts an indoor swimming pool, games room, tennis court and helipad

‘Historic England considers that the proposed replacement building would have a harmful effect on the experience of the Grade II-listed building within its landscape, which forms part of its setting and therefore its heritage significance,’ says inspector Catherine Marlow.

Historic England has recommended that Taylor considers alternatives such as forming a small courtyard of buildings ‘in a manner reminiscent of an estate cottage with associated workshops’.

Inspector Marlow adds: ‘This would continue to keep the functions of the buildings distinctly separate from the main house and would reduce their scale, mass and impact.’

Historic England has also suggested moving the proposed development farther east of a hard landscaped area with planting in between to ‘soften’ the visual impact.

Council officials are expected to make a decision next month.

Former PM Theresa May is renowned for her shoe collection but, as she kicked off her summer holiday, she chose a decidedly casual pair of Converse All Star trainers. 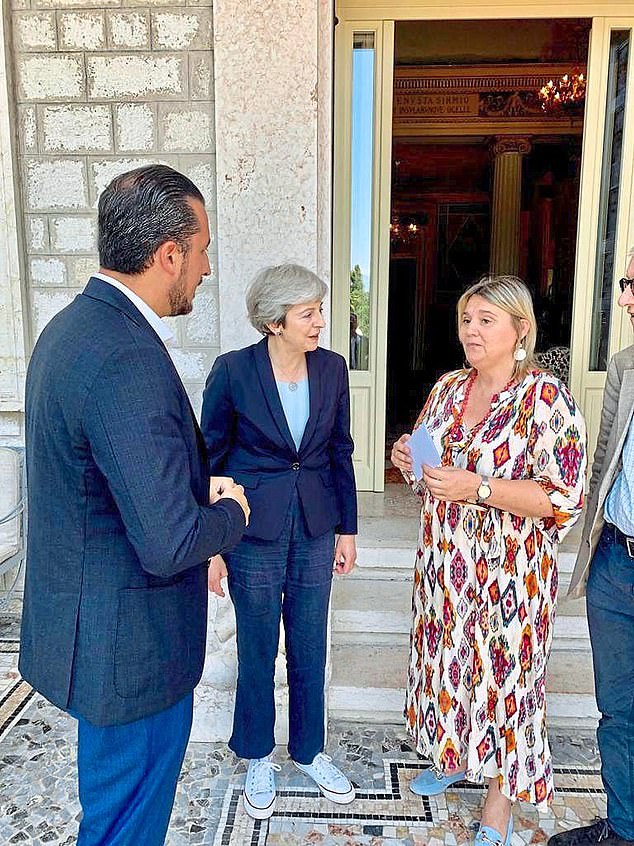 She began her stay in Sirmione, Italy, where she was greeted by mayor Luisa Lavelli.

Mrs May has holidayed there for the past 25 years, but this trip marks her first return since the Covid pandemic.

Sam Cam in the red over label losses

While David Cameron has made millions since quitting Downing Street, his wife, Samantha, has lost a fortune.

Newly released accounts for her fashion label, Cefinn, disclose that it slipped further into the red, with the accumulated deficit amounting to nearly £2.6 million as of last October. This is £383,000 more than the £2.2 million in trading losses reported in 2020’s accounts.

Despite the ongoing losses, her company remained £707,000 in the black, with its balance sheet surplus secured via investors’ capital.

Shareholders have pumped almost £3.3 million into the business since it was created in 2016. They include Lord Brownlow’s company, Havisham Assets, and Mr Cameron’s old friend Lord Feldman.

The ex-PM’s wife operates the label via Samantha Cameron Studio.

Helena Bonham Carter said her dogs helped her to ‘heal’ after she split up with Edward Scissorhands director Tim Burton, with whom she has two children. 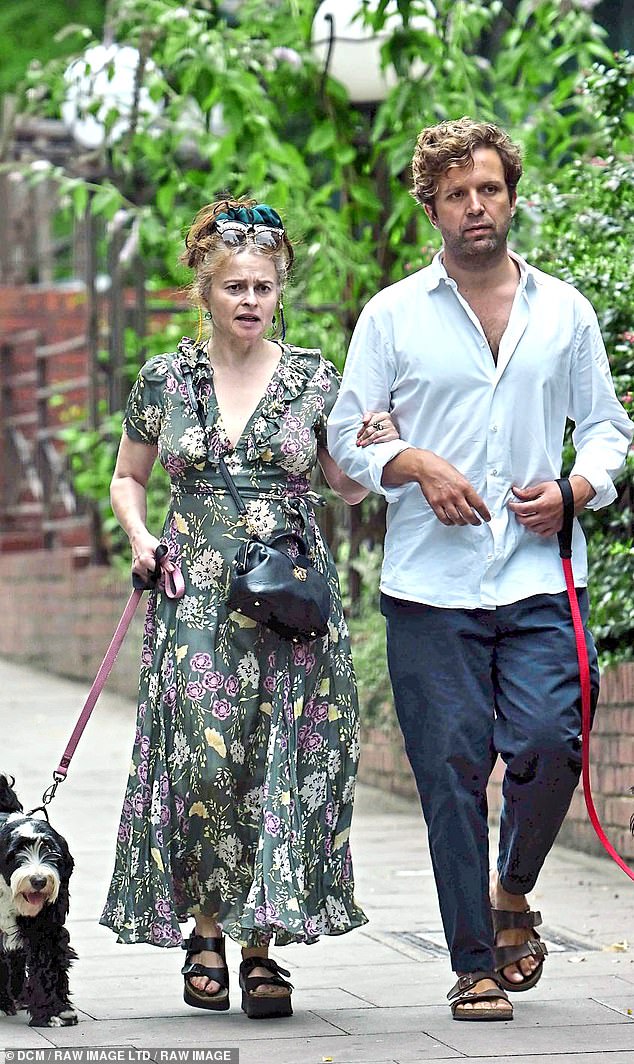 Now, her Tibetan terriers are helping the actress, 56, to bond with art historian Rye Dag Holmboe, 22 years her junior.

The pair, who met at a wedding in 2018, were spotted strolling arm in arm as they took their dogs Pablo and Lottie out for a walk in North London.

Although they have moved in together, Helena told me last year that she was in no hurry to exchange vows. ‘I wasn’t married the first time,’ she said of her 13-year relationship with Burton.

Comedian Jack Whitehall’s theatrical agent father, Michael, has contributed to four memoirs, and his son says enough is enough. Whitehall Sr admits: ‘When we did our stage show recently, Jack said, “Daddy, how many autobiographies have you written? You’ve written more than Katie Price. Who do you think is buying them?

“I mean, nobody knows who you are. Who would want to keep reading books about your life, because you’ve never done anything?” ’

Home nuptials for Dalmeny and adviser, 33

Going, going, gone! Top auctioneer Harry Primrose is off the market. I hear the Sotheby’s chairman quietly married an Old Masters adviser 21 years his junior at the weekend. 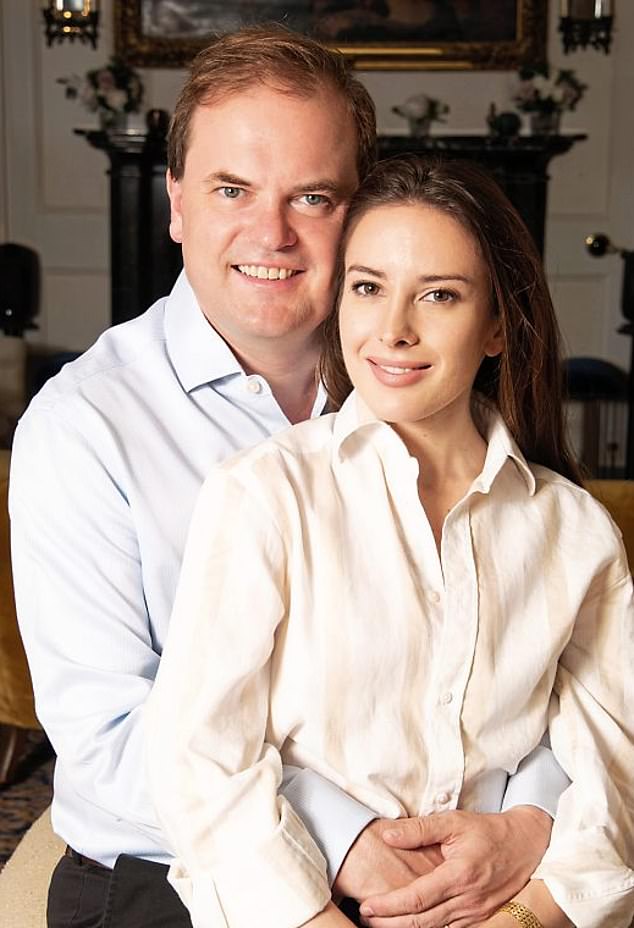 Lord Dalmeny, 54, who is due to inherit the magnificent Dalmeny House near Edinburgh, exchanged vows with Harriet Clapham — whose mother, Mari Kirkwood, was crowned Miss Scotland in 1975.

Dalmeny, who has five children with ex-wife Caroline Daglish, tells me: ‘We got married at a little private civil ceremony, with our parents and the children, at Harriet’s home in Glasgow. Our actual wedding celebration is next Saturday but we are now legally and happily married.’

How many episodes does Karen Pirie have?

An aircraft hangar in Berlin is ‘second home’…