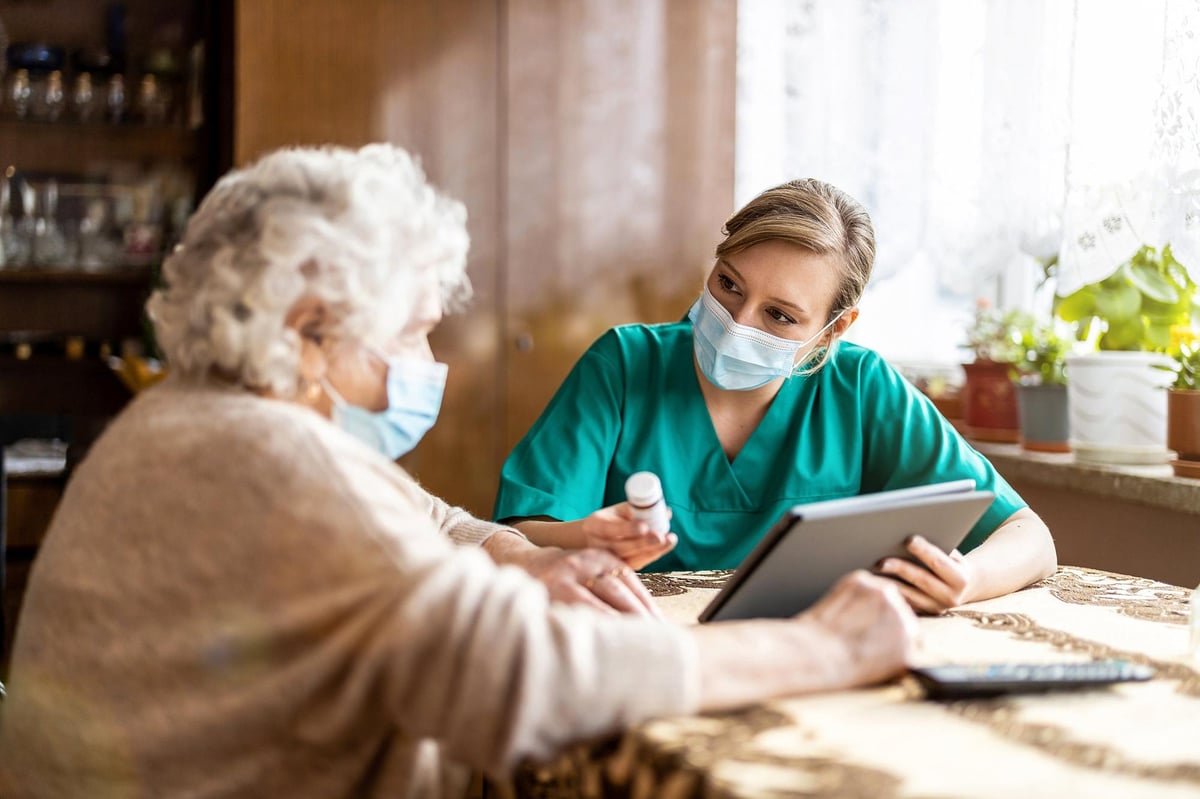 Nearly a third of Edinburgh patients discharged to care homes at the height of the pandemic were moved unlawfully, according to a new report.

The Scottish Government has been accused of putting “vulnerable people in harm’s way” by opposition politicians, after it emerged 31 per cent of incapacitated patients discharged to care homes in the Scottish capital during the first six months of the pandemic were done so against legislation.

Out of 268 cases examined by Edinburgh City Council, 83 were found to fall outwith the Adults With Incapacity (Scotland) Act 2000, other legislation, European Court of Human Rights legislation, or the UN Convention on the Rights of Persons with Disabilities.

The investigation uncovered “unlawful practices” by NHS and council staff, which it said arose “primarily as a consequence of the intense pressure on staff and resources brought about by the Covid-19 pandemic”.

A staff member speaks with a resident at a care home

Scottish Labour health spokesperson Jackie Baillie said: “This is a shocking revelation which shows that Scotland’s most vulnerable people were failed in their time of need. We know that patient discharge from hospitals to care homes fanned the flames of the pandemic.

“That over 30 per cent of discharges concerning adults with incapacity in Edinburgh were unlawful is simply outrageous. These vulnerable people were put directly in harms way and their human rights were disregarded.

“We all know the fatal role that SNP Government guidance played in this tragic situation. It’s time that the lessons of the pandemic were learned and those responsible were held to account.”

A Scottish Government spokesperson said: “Our priority throughout has been to save lives and we have sought to take the best decisions, based on the best scientific and clinical evidence that we have had at any given time, to keep people living and working in our care homes as safe as possible.

“Decisions for individual discharges of patients are a clinical decision, and have never been made by ministers. These decisions are made by health and social care professionals, alongside the patient and their family.

“There are a range of factors that health and social care professionals will consider for patients transferring to care homes, including the patient’s clinical readiness for discharge and the best setting for meeting the patient’s needs.”