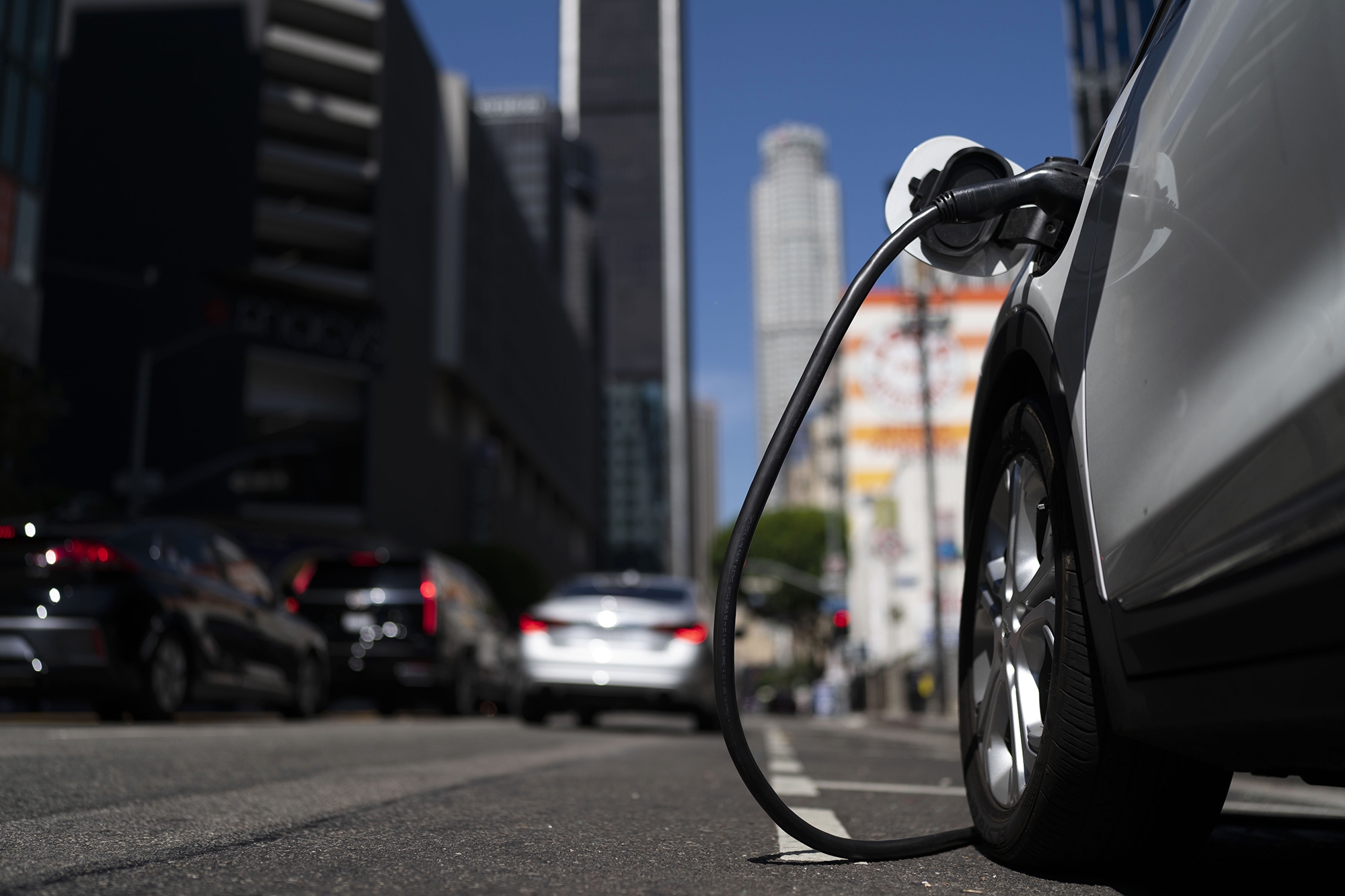 Things are different, now. There are a lot more electric vehicles and they aren’t just Teslas anymore, either.

Next time you’re circling a full parking lot, try to remember what you saw in it just a couple of years ago. Things are different, now. There are a lot more electric vehicles and they aren’t just Teslas anymore, either.

“It’s not your eyes tricking you,” said Matt Degen, an editor at Cox Automotive, a company that owns a number of auto-related websites and firms. “For the longest time, the majority of the EVs on the road were Teslas, and they still get the lion’s share of sales, but they’re now hardly the only game in town.”

Electric vehicles accounted for 5.6% of all new vehicles sold last year, according to Kelley Blue Book. That may not sound like a lot, but as recently as 2019 that figure was just 1.4%. Based on the experience in other global markets — particularly Norway — 5% market share seems to be an important tipping point for wider adoption, said BloombergNEF researcher Corey Cantor. Other markets, such as China and Europe overall, have shown similar trends, according to data provided by BloombergNEF. Bloomberg includes plug-in hybrids in its count of “electric vehicles,” but a large majority are purely battery-powered models.

It’s unclear exactly why 5% seems to mark the point where EV sales really take off. It could be that it marks the level at which something begins to seem normal. The overall US market share for Hyundai, for example, is about the same as the market share for electric vehicles, according to Cox Automotive, and buying a Hyundai doesn’t seem like anything weird or unusual. It’s getting to be the same for electric vehicles: It’s no longer uncommon to see them on the roads which makes it easier to consider getting one.

“I think now the demand is definitely there,” said Cantor. “It’s just been more a supply side problem of automakers not being able to ship enough.”

A problem with supply, not demand

The global auto industry has been dealing with parts supply problems that have slowed production of all sorts of vehicles. But a number of electric models have also proven to be popular beyond what their manufacturers were prepared for.

The Mustang Mach-E, which hit the market in in 2021, was the first electric vehicle to take a notable chunk of Tesla’s still-dominant EV market share. Ford is still struggling to make enough to meet demand. Every one of the more than 150,000 Mach-Es that Ford has produced so far was built for a specific customer order, with none being made just to fill dealer lots, said Darren Palmer, Ford’s vice president of electric vehicle programs.

“We could sell it out at least two or three times over,” he said. “We have held back from launching more global markets because we’re completely sold out.”

Since then, Ford also came out with the F-150 Lightning, an all-electric version of the best-selling vehicle in America, the F-series pickup truck. Ford is already expanding the new Dearborn, Michigan, factory where the Lightning is built, pouring more concrete to stretch floor space even while trucks are being assembled inside.

The variety of EVs available for sale has also been increasing.

In 2019, there were 11 EV models selling more than 1,000 units, according to Kelley Blue Book. This year, there were 26. Hyundai and Kia, which already had EVs on the market — albeit not terribly exciting ones — came out with the radically designed Hyundai Ioniq 5 and the Kia EV6. Rivian rolled out the R1T truck and R1S SUV. And General Motors saw a huge run of sales for its Bolt EV and Bolt EUV once they returned to the market following a battery fire recall. Luxury brands like Audi, BMW, Mercedes, Genesis and Volvo have also added EVs to the market.

Less expensive electric vehicles are also getting better with longer driving ranges and faster charging, said Tony Quiroga, editor-in-chief of Car and Driver. The Hyundai Ioniq 5, which has a starting price around $41,000, earned Car and Driver’s Electric Vehicle of the Year award this year.

“It’ll go from 10% to 80% on a fast charger in 18 minutes,” Quiroga said, “which is something that only the luxury brands were doing.”

The even greater variety of electric vehicles coming onto the market next year, combined with easing of production problems that hampered overall auto production this year, should help EV sales climb even more — though there some unknowns.

Take gas prices, for example. The spike in costs to fuel up at the pump earlier this year “drove people to to become aware of the [electric] vehicles even if they weren’t thinking about them before,” said Jessica Caldwell, an industry analyst with Edmunds.com.

But gas prices have also fallen significantly in recent months, which could reduce the urgency some drivers feel to make the switch to electric in 2023.

The impact of the Inflation Reduction Act is also still unclear. The act, passed this year, changes the rules around which electric vehicles are eligible for consumer tax credits. It places limits on the price of the vehicle and on the income of buyer; there are also requirements designed to promote domestic production of electric vehicles and their batteries.

The key question isn’t just how many EV models will qualify but which ones, said BloombergNEF’s Cantor.

“So, if a Tesla Model 3 and the Chevy Bolt, and the Tesla Model Y, and a Ford Mach-E and an F-150 Lightning all qualify, those are high volume vehicles,” he said.