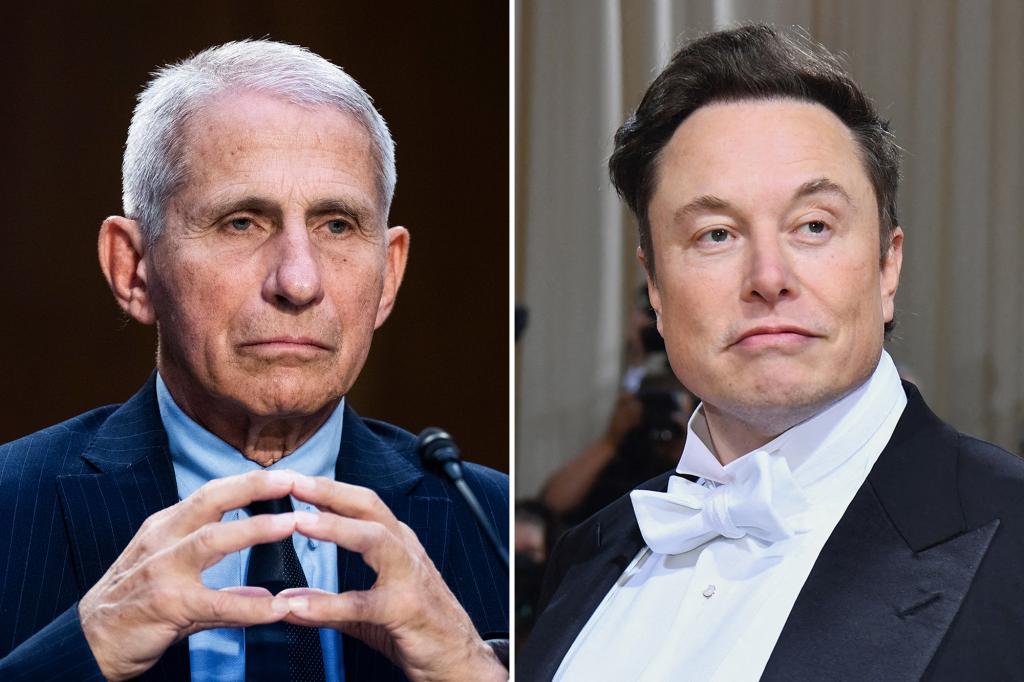 New Twitter boss Elon Musk pledged he would release the “Fauci Files” sometime within the next few days — the latest escalation in his war on Dr. Anthony Fauci, the infectious disease expert who has come under scrutiny for his COVID policies.

Musk’s vow to dump more dirt came after Juanita Broaddrick — the former nursing home administrator who alleged she was raped by Bill Clinton when he was attorney general of Arkansas in 1978 — posted a response to Musk’s tweet, writing: “Waiting….for #FauciFiles.”

Since Musk took over Twitter last October, he has released to journalists documents known as “The Twitter Files” — a look into how the social media company’s previous management decided which content to limit on its platform.

The tech mogul accused Fauci of lying about his role in funding so-called “gain-of-function” research that some believe may have played a role in the spread of the coronavirus.

In early December, Musk called for Fauci to be prosecuted.

Musk last Tuesday responded to a tweet thread by venture capitalist Marc Andreessen, who posted a meme that accused Fauci of lying.

In a series of tweets, Musk linked to a Newsweek article titled “Fauci Was ‘Untruthful’ to Congress About Wuhan Lab Research, New Documents Appear to Show.”

The Newsweek story linked to a September 2021 article by The Intercept that found that the National Institutes of Health’s National Institute of Allergy and Infectious Diseases, which is headed by Fauci, provided funds to research so-called “gain-of-function research of concern.”

The NIH has denied claims that its support of “gain-of-function” research had any link to the worldwide COVID outbreak.

The US intelligence community was unable to offer conclusive evidence that points to a definitive origin of the coronavirus.

Scientists have debated whether the virus originated in bats and jumped to humans who were exposed to the infected animals in wet markets of Wuhan, China.

Others have advanced the theory that the virus was developed in a Chinese lab and leaked out — causing the global pandemic.

The latest installment of The Twitter Files last week by journalist David Zweig accused the site of “censoring info that was true but inconvenient to U.S. govt. policy” and of “discrediting doctors and other experts who disagreed.”

In the report titled “How Twitter rigged the COVID debate,” Zweig cites documents that he claims show that the Biden administration pressured Twitter to moderate or ban “anti-vaxxer” accounts.

Musk wrote in the caption of the tweet: “‘Gain-of-function’ in this context is just another way of saying ‘bioweapon’.”

“Some good nuggets in [the National Review] article,” Musk added.

“Important to note that Fauci authored 2012 paper arguing for gain-of-function research! Obama wisely put this on pause, but Fauci restarted it.”

Fauci is a controversial figure among many on the right who fault him for COVID lockdown measures as well as vaccine and mask mandates and other steps that were perceived as heavy-handed.

Musk was a vocal critic of lockdown measures. He blasted authorities in California shortly after they forced him to shutter the Tesla factory in the Bay Area during the early days of the pandemic.

The edict is believed to have been a factor in Musk’s decision to relocate Tesla headquarters to Austin, Texas — the capital city of a Republican-run state with lenient pandemic-era policies.