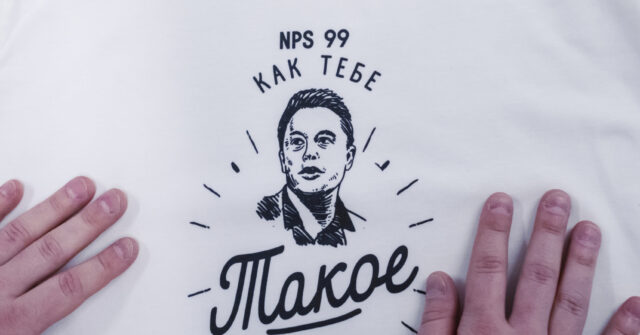 Elon Musk has been criticised for describing outlandish Russian predictions of the United States and European Union collapsing and a Fourth Reich rising in Germany and going to war with France as “epic” on Twitter, before clarifying that he regarded them as “absurd”.

In a lengthy Twitter thread, Dmitry Medvedev — Vladimir Putin’s former prime minister, and president when Putin briefly reverted to being prime minister from 2008 to 2012, before term limits laws were changed — made a series of wild predictions for 2023, beginning with fairly prosaic musings on rising oil and gas prices before moving swiftly on to Britain rejoining the European Union and the European Union subsequently collapsing, along with the euro currency.

Things only escalated from here, with Poland and Hungary occupying parts of “the formerly existing Ukraine” — both countries, EU and NATO member-states, have significant ethnic minorities in Ukraine’s west — before the former is absorbed into a “Fourth Reich”.

This will also take in other alleged German “satellites” including “the Baltic states, Czechia, Slovakia, [and] the Kiev Republic” — a Ukrainian rump state allowed to survive Russian victory in the current war, presumably — and then go to war with France, for whatever reason.

This Franco-Fourth Reich war will lead to Poland being repartitioned — the country was torn between the Austro-Hungarian Empire, German Empire, and Russian Empire for many years — although between whom is not clear.

Northern Ireland breaking with the United Kingdom and joining the Republic of Ireland is then posited as an at least somewhat realistic possibility by Medvedev before a return to the insanity of the preceding predictions, with civil war breaking out in the United States, California and Texas becoming independent, and the latter allying with Mexico.

“Elon Musk’ll win the presidential election in a number of states which, after the new Civil War’s end, will have been given to the GOP,” Medvedev adds — perhaps these were the remarks that caught the tech billionaire’s attention — before closing out on less colourful predictions of stock markets moving to Asia, the Bretton Woods system, IMF, and World Bank crashing, and the rise of digital currencies.

“Season greetings to you all, Anglo-Saxon friends, and their happily oinking piglets!” the Russian politician — still a relatively senior figure as Deputy Chair of the Security Council — finally concludes.

Musk’s two-word response to the predictions — “Epic thread!!” — saw him catch significant flak from commentators not well-disposed towards his takeover of Twitter, with U.S. Congressman Ritchie Torres of the Democratic Party, for example, claiming Musk was celebrating them, while Rebellion PAC executive director Brianna Wu claimed he “praised” them.

“Those are definitely the most absurd predictions I’ve ever heard, while also showing astonishing lack of awareness of the progress of artificial intelligence and sustainable energy,” Musk subsequently clarified.

The South Africa-born Tesla magnate also concurred with Twitter users defending him by saying that “the keyboard warriors who can’t tell that Elon is trolling… need to go outside and breathe some fresh air” and that his critics “have no sense of humor and poor reading comprehension”.

Shift Happens celebrates 150 years of typewriters, keyboards, and the people who use…