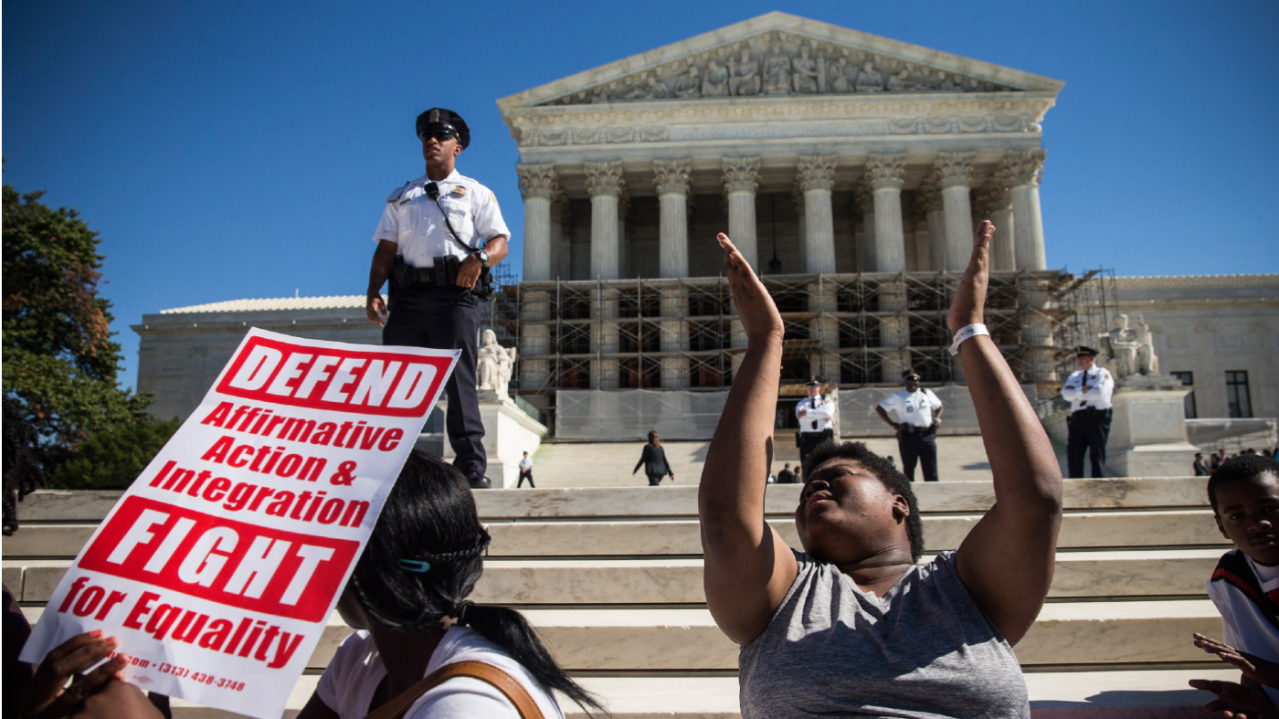 This month, the Supreme Court of the United States will revisit the question of affirmative action in higher education. The court will hear arguments regarding race as a factor in admissions programs at the University of North Carolina and Harvard, with the goal of fostering diversity on campus. Previous SCOTUS decisions upheld such programs, but the current “conservative supermajority” may not be as supportive.

Arguments against affirmative action always follow a familiar line: Higher education institutions should admit only the most meritorious students regardless of identity. This would be a reasonable position if we lived in a society where all young people get the same opportunities from birth. But we don’t, and never have.

According to Sarah Hinger, a senior staff attorney with the American Civil Liberties Union, “The goal of these suits — to end the consideration of race in college admissions — is extreme, ignores the history of race discrimination, and threatens diversity and inclusion on campuses.”

As a Black college graduate and the senior director of policy and advocacy for KIPP public schools, I know from firsthand experience that affirmative action isn’t enough. But it’s a necessary first step. Eliminating race-conscious college admissions would effectively shut out scores of qualified Black, Indigenous and other people of color from higher education, with devastating consequences for the next generation of Americans.

The COVID-19 pandemic has crystallized the racial disparities that exist in every corner of American life as we know it, from health care to jobs to — yes — education. Race and ethnicity are woven deep into every aspect of students’ lives, including the preparation they get for applying to college.

The American collegiate system still favors “the same kind of wealthy white students who almost exclusively populated elite colleges for hundreds of years,” according to Annika Neklason at “The Atlantic”. Built-in advantages of legacy status, athletic recruiting and family donations — resources significantly less prevalent in marginalized communities — are responsible for creating a breathtaking educational gap. In an economy where a bachelor’s degree is still overwhelmingly a prerequisite for living-wage jobs, the ripple effects of “business as usual” university admissions have lasted for generations.

I experienced this as an undergraduate student at Yale University: While there were other Black students, few of them shared my background as a descendant of enslaved Africans who came from an under-resourced community. And the same patterns are still playing out years later. When our KIPP students — the vast majority of whom are Black or Latinx and come from economically underserved families — make it to these elite colleges, they are often among the few in their classes who look like them. In 2017, 58 percent of KIPP alumni surveyed reported feeling negatively judged by others at college based on their race.

We already know that banning race-conscious admissions doesn’t result in a more diverse student body. For example, California, which has the largest state university system in the country, banned the use of race in higher education admissions in 1997. In 2020, almost two and a half decades later, the effects on marginalized communities have been staggering.

Latinx students showed the widest gap, making up over 50 percent of California high school graduates but less than 30 percent of freshmen enrolled at California public universities in 2019. Black student enrollment dropped from 8 percent in 1997 to 4 percent in 2020. Native American students, already wildly underrepresented in California universities in the mid-1990s, made up less than 1 percent of freshman enrollment in 2018. Those demographics saw an uptick after the state ditched SAT scores as an acceptance metric, but the ban on affirmative action continues to do major harm.

Affirmative action is not the sole answer to these issues; it’s the bare minimum. It drives diversity without promoting justice. A truly equitable approach to higher education admissions would reckon more directly with our country’s legacy of slavery and discrimination. It would look more deeply — not less — at students’ ethnic and racial backgrounds and strive to create campus environments that welcome and celebrate those identities.

Ending race-conscious college admissions means buying into the fiction of a level playing field. But for generations of Americans, the playing field has never been level. Affirmative action isn’t perfect, but it at least gives Black, Indigenous and other students of color access where they have historically not had any. We need to preserve those programs, and then figure out how to make them better.

Adzua Agyapon is director of Policy and Advocacy for the KIPP Foundation, a nonprofit network of college-preparatory public charter schools.

Q&A: How safety and security works in Seattle Schools