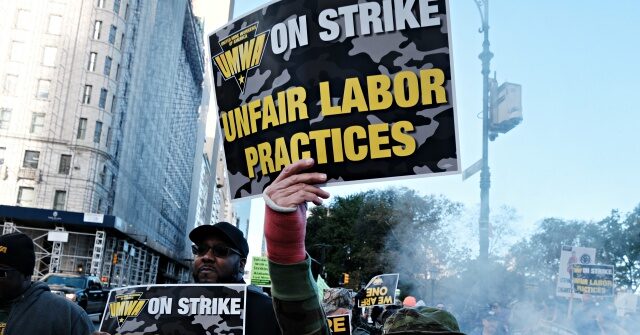 Hedge fund billionaire Paul Tudor Jones, a donor to Democrats and Republicans alike, says Environmental, Social, and Governance (ESG) is out of touch with the majority of Americans who prefer companies to be focused on how they treat their workforce rather than prioritizing progressive pet issues.

ESG investing is the latest vector through which multinational corporations exert their undue influence upon publicly traded companies, forcing them to promote left-wing causes such as green energy or diversity requirements.

“ESG is incorrectly characterized. Certainly, by what the American public tells us, it should be SGE,” Jones told CNBC this week, noting that Americans care vastly more about workers’ rights over a company’s environmental stance.

“Americans are becoming hyper-focused, as they should be, on worker treatment and welfare,” Jones continued. “Who remotely could be against that?”

The admission is notable, as Jones’ Just Capital firm is dedicated to preserving and advancing ESG investments and related public policies.

Jones was a big dollar donor to President Joe Biden’s 2020 campaign, giving $50,000. At the same time, Jones has recently given to GOP candidates or PACs supporting them, including Ron DeSantis, Dave McCormick, Steve Daines, and Marco Rubio.