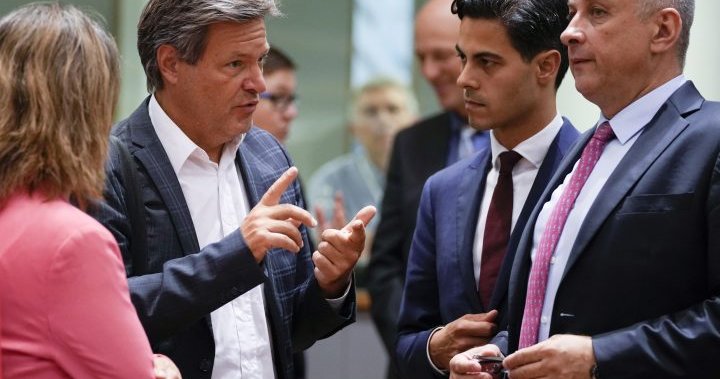 European Union countries approved a weakened emergency plan to curb their gas demand on Tuesday, after striking compromise deals to reduce the cuts for some countries, as they brace for further Russian reductions in supply.

Europe faces an increased gas squeeze from Wednesday, when Russian’s Gazprom GAZP.MM has said it would cut flows through the Nord Stream 1 pipeline to Germany to a fifth of capacity.

With a dozen EU countries already facing reduced Russian supplies, Brussels is urging member states to prepare by saving gas and storing it for winter for fear Russia will completely cut off flows in retaliation for Western sanctions over its war with Ukraine.

Energy ministers approved a proposal for all EU countries to voluntarily cut gas use by 15% from August to March.

🔋 #TTE Energy | 👏 This was not a Mission Impossible! Ministers have reached a political agreement on gas demand reduction ahead of the upcoming winter.#EU2022CZ pic.twitter.com/XBnKuTs75W

The cuts could be made binding in a supply emergency, but countries agreed to exempt numerous countries and industries, after some governments had resisted the EU’s original proposal to impose a binding 15% cut on every country.

“You will not split us,” Habeck said.

Hungary was the only country that opposed the deal, two EU officials said.

Russia’s Gazprom has blamed its latest reduction on needing to halt the operation of a turbine – a reason dismissed by EU energy chief Kadri Simson, who called the move “politically motivated”.