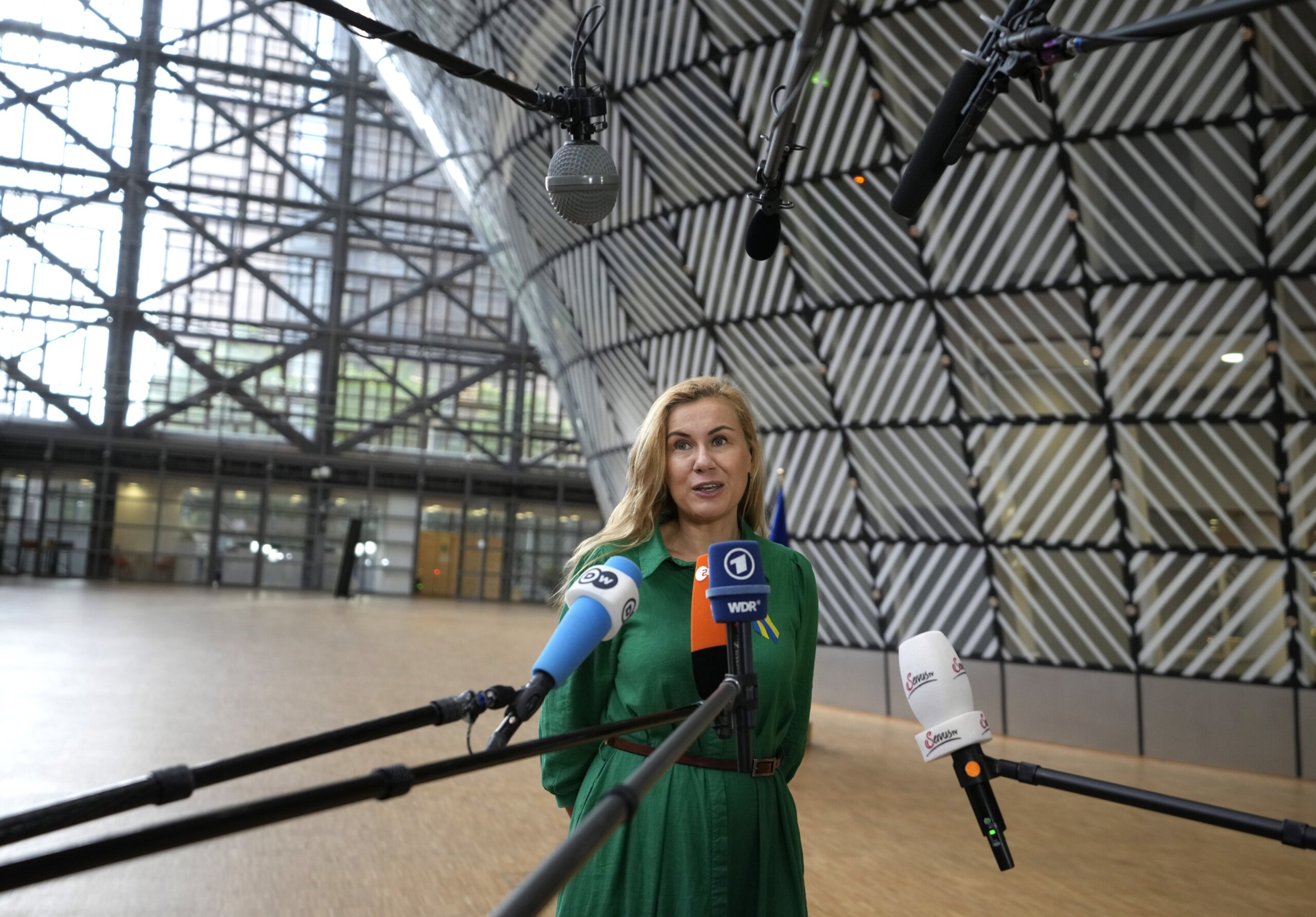 European Union governments agreed Tuesday to ration natural gas this winter to protect themselves against any further supply cuts by Russia as Moscow pursues its invasion of Ukraine.

BRUSSELS (AP) — European Union governments agreed Tuesday to ration natural gas this winter to protect themselves against any further supply cuts by Russia as Moscow pursues its invasion of Ukraine.

EU energy ministers approved a draft European law meant to lower demand for gas by 15% from August through March. The new legislation entails voluntary national steps to reduce gas consumption and, if they yield insufficient savings, a trigger for mandatory moves in the 27-member bloc.

European Commission President Ursula von der Leyen welcomed the move, saying in a statement that “the EU has taken a decisive step to face down the threat of a full gas disruption by (Russian President Vladimir) Putin.”

On Monday, Russian energy giant Gazprom said it would limit supplies to the EU through the Nord Stream 1 pipeline to 20% of capacity, heightening concerns that Putin will use gas trade to challenge the bloc’s opposition to the war in Ukraine.

“The winter is coming and we don’t know how cold it will be,” said Czech Industry Minister Jozef Sikela, whose policy portfolio includes energy. “But what we know for sure is that Putin will continue to play his dirty games in misusing and blackmailing by gas supplies.”

The ministerial agreement was sealed in less than a week. It’s based on a proposal last Wednesday from the European Commission, the EU’s executive arm. Keen to maintain a common EU front over a conflict that shows no sign of ending, the commission said coordinated rationing would enable the bloc as a whole to get through the winter should Russia stop all gas deliveries.

Since Russia invaded Ukraine in February and the West protested with economic sanctions, 12 EU countries have faced halts to, or reductions in, Russian gas deliveries.

Although it has agreed to embargo oil and coal from Russia starting later this year, the EU has refrained from sanctioning Russian natural gas because Germany, Italy and some other member states rely heavily on these imports.

“Germany made a strategic error in the past with its great dependency on Russian gas and faith that it would always flow constantly and cheaply,” said German Economy Minister Robert Habeck, who is also responsible for energy and serves as the country’s vice chancellor. “But it is not just a German problem.”

The disruptions in Russian energy trade with the EU are stoking inflation already at record levels in Europe and threatening to trigger a recession in the bloc just as it was recovering from a pandemic-induced slump.

In a sign of this, the energy ministers scrapped a provision in the draft gas-rationing law that would have given the European Commission the power to decide on any move from voluntary to mandatory actions. Instead, the ministers ensured any decision on mandatory steps will be in member-state hands.

They also diluted other elements of the original proposal, including with exemptions for island countries.

The accord comes just six days after the commission rushed out the draft law — a stark contrast to past EU legislative initiatives in the area of energy that often involved months or years of negotiations among national governments.

In that respect, the new gas-rationing plan resembles developments in EU health policy two years ago when, amid the COVID-19 pandemic, member states agreed to act in unison. This included letting the commission negotiate agreements with pharmaceutical companies on the supply of vaccines to all 27 countries.