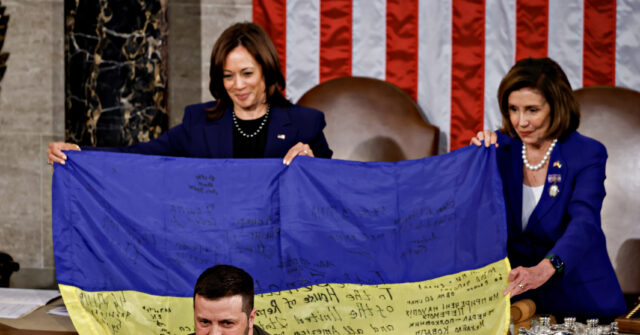 The European Federation of Journalists (EFJ), Europe’s largest journalist association, has expressed concern about a new Ukrainian law that could arbitrarily censor media in the country.

EFJ president Ricardo Gutiérrez voiced his concerns over the new legislation passed by the government of President Volodymyr Zelensky late last month, which will give the government enormous power over media operating in the country.

“As we see it, this law will allow arbitrary censorship on the part of the Ukrainian government,” Gutiérrez told broadcaster SVT this week.

The new law has been framed by the Zelensky government in terms of stopping the spread of Russian propaganda, and will give greater power to the National Television and Radio Council, which is appointed by the Ukrainian parliament. Some news sites which do not register with the council may be shut down as a result of the new law.

According to Gutiérrez, the council is completely controlled by President Zelensky.

“We are surprised by the lack of reaction from Western countries. We don’t understand why they don’t tell Zelensky that this law doesn’t live up to our standards. I would say that it will be impossible for Ukraine to join the European Union with a law like this,” he said.

Zelensky has used martial law to ban a number of Ukrainian opposition parties, including the largest party after his own. https://t.co/ZSJ82B6PfS

The EFJ has previously defended Danish journalist Matilde Kimer, who was excluded from reporting in Ukraine and had her press credentials revoked after being accused of being “pro-Russian” by the Zelensky government. The ban came just months after Kimer had also been banned from Russia.

The National Union of Journalists of Ukraine has also raised issues with the new media law, releasing a statement saying “[s]uch powers are clearly excessive,” and adding: “No one has yet managed to tame freedom of speech in Ukraine. It won’t work this time either.”

Combatting Russian influence and propaganda has been used as the reason for several moves by the Zelensky government that have been controversial, including the recent suppression of the Ukrainian Orthodox Church.

Raids on Orthodox churches by the Ukrainians prompted condemnation from Russia, with former Russian president Dmitry Medvedev stating that “[t]he current Ukrainian authorities have openly become enemies of Christ and the Orthodox faith.”

Coco Gauff breezes into final of ASB Classic at Auckland