Everything coming to Paramount Plus in October 2022: ‘Scream,’ ‘Monster High’, more 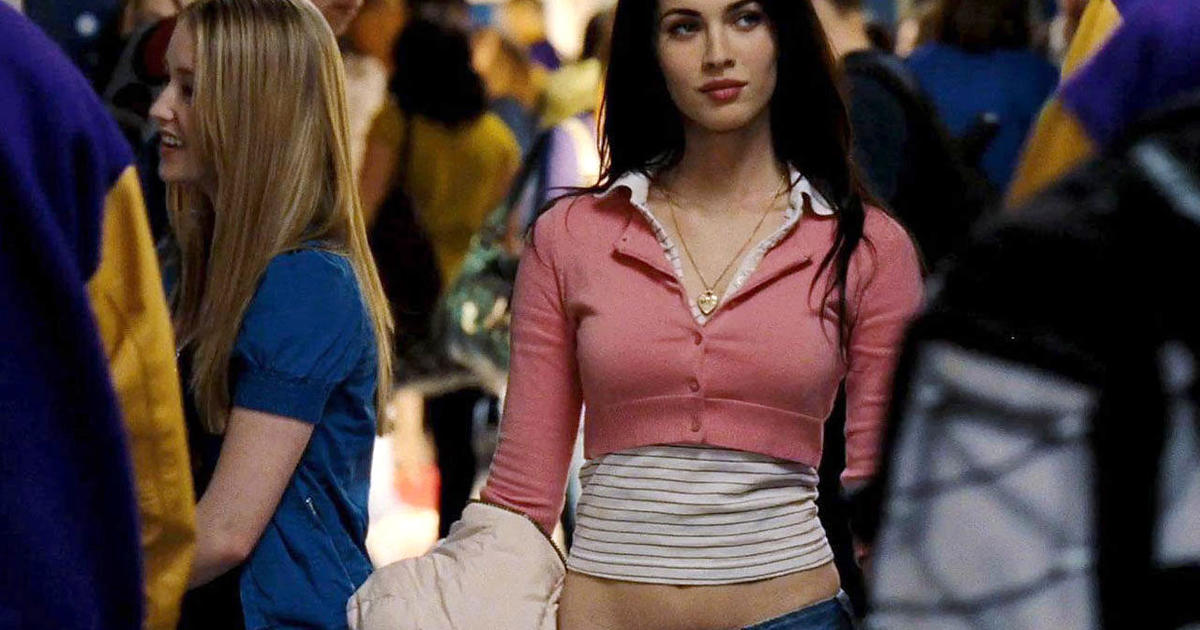 A mountain of worthwhile content is coming to Paramount+ this October, from Paramount+ original series to classic movies and TV shows including the first four “Scream” films and a brand new season of “Inside Amy Schumer.” Plus, there’s a new way to bundle and save on Paramount+, so if you haven’t subscribed yet, now is your chance to score a deal. Keep reading to check out everything landing on the streaming platform in October 2022.

CBS Essentials and Paramount+ are both subsidiaries of Paramount.

Top products in this article:

Paramount+ subscription: $5 and up per month

Paramount Plus and Walmart Plus bundle

Walmart+ is priced at $12.95 per month or $98 per year, and includes quick and free shipping with no minimum purchase, discounts on gas, access to exclusive sales and more. You can learn more about the Walmart+ and Paramount+ bundle by tapping the button below.

How much does Paramount Plus cost on its own?

Paramount+ has two subscriber tiers available — the $5 per month “Essential Plan,” a budget-minded tier with ads, and the $10 per month “Premium Plan,” which costs more but is ad-free.

Paramount+ also offers a one-week free-trial period, so if you were thinking of trying the platform, you can watch all these new September titles and more, risk-free.

Best Halloween movies on Paramount Plus

The first four “Scream” movies, a new live-action “Monster High” and more spooky stuff are all available to watch this season on Paramount+.

This beloved slasher series follows Sidney Prescott as she faces off, sequel after sequel, against the bloodthirsty maniac Ghostface. The frightening franchise stars Neve Campbell, Courteney Cox and David Arquette. The first four “Scream” films are now available to watch on Paramount+.

Despite their differences in popularity, Jennifer and Needy are best friends. That is, until Jennifer becomes possessed by an evil, murderous force. Now, Needy is the only thing standing between her bloodthirsty BFF and the entirety of their high school’s male population. Megan Fox and Amanda Seyfried star in this cult classic horror film, now available to stream on Paramount+.

New episodes of “Star Trek: Prodigy,” a new season of “Inside Amy Schumer” and more great shows and movies arriving this month.

After a six-year hiatus, Amy Schumer’s Emmy-winning series is back for a brand new season of sketch comedy. “Inside Amy Schumer” Season 5 will consist of just five episodes, two of which will premiere Oct. 20, exclusively on Paramount+.

“Star Trek: Prodigy” follows young aliens who, upon discovering an abandoned Starfleet vessel, head out to explore the universe and search for adventure. The U.S.S. Protostar’s alien crew returns for new episodes on Oct. 27, 2022.

Tattoo artists from across the country compete in technical and creative challenges for a $250,000 cash prize and an editorial feature in Inked Magazine. This season, competitors from years past return to the show to compete for the title of “Ink Master.”

This unique reality competition series is back with new episodes this fall, exclusively on Paramount+.

Here’s what else is coming to Paramount Plus this October:

More shows and movies to stream this week

Still searching for the right show or movie to stream this weekend? Be sure to check out our guides on everything new coming to Disney+, new shows on Apple TV+ and all the best movies to stream this week. Plus, we’ve got family-friendly TV show and movie suggestions, recommendations for the best Hulu originals and a round-up of the best TV shows coming back this fall.

What else is on Paramount Plus

Along with everything listed above, check out these binge-worthy titles on Paramount+.

The first scripted original series for CBS All Access — now known as Paramount+ — is coming to a close after six seasons. A spinoff and standalone sequel to “The Good Wife,” the dramedy follows a prominent lawyer (played by Christine Baranski) struggling to piece her career back together in the wake of a financial scam that ruined her family’s reputation.

“In this fairy tale, my father was once a king. Now I’m chasing his dream…”

Based on the best-selling YA novel by Angie Thomas — author of “The Hate U Give” — “On The Come Up” is a film about a gifted 16-year-old rapper attempting to honor her late father’s hip hop legacy while facing controversy and possible eviction. Newcomer Jamila C. Gray stars in this Paramount original movie.

“On the Come Up,” now streaming

More than 10 years since the twisted horror film “Orphan” made its chilling debut, Esther returns in a highly anticipated prequel. Rossif Sutherland and Julia Stiles star alongside Isabelle Fuhrman in “Orphan: First Kill.”

“Star Trek: Lower Decks” follows the support crew working on the USS Cerritos — one of Starfleet’s least important ships. An all new season of this beloved animated “Star Trek” spin-off series is now streaming on Paramount+.

Honor is in her senior year of high school and focused solely on getting into Harvard. When her guidance counselor suggests another student might be getting recommended for admission over her, Honor enacts a plan to sabotage her competition. Angourie Rice stars opposite “Stranger Things” actor Gaten Matarazzo in this new comedy series, streaming July 29.

Inspired by real events, “Jerry & Marge Go Large” tells the story of retired math whiz Jerry Selbee, who, with the help of his wife, uses a mathematical loophole in the lottery to win millions. Bryan Cranston, Annette Bening and Rainn Wilson star in this wacky new comedy, which premieres June 17.

Miles Teller stars alongside Juno Temple, Colin Hanks and more in this dramatic new miniseries. “The Offer” follows legendary Hollywood producer Albert S. Ruddy as he adapts author Mario Puzo’s novel, “The Godfather,” for the screen. As “The Offer” tells it, Ruddy assembles a dream team, including director Francis Ford Coppola (who co-wrote the script with Puzo) and Hollywood star Marlon Brando, only to see his production challenged by behind-the-scenes tensions — and a prominent mob boss.

“Star Trek: Strange New Worlds” finds actor Anson Mount reprising his “Discovery” role as Captain Pike. In the new series, Pike retreats to his ranch back on Earth after having caught a glimpse of the grim future that fans know awaits him in “The Original Series.” But when the Starfleet standout learns that one of his former crew members desperately needs him, Pike jumps back into the action.”Discovery” stars Rebecca Romijn and Ethan Peck return alongside Mount in this new “Star Trek” series.

Pablo Schreiber stars in this exciting new series based on the best-selling Xbox Game Studios first-person shooter game, “Halo.” The show, puts a new spin on the central storyline — about a massive war far in the future — while still bringing the original feel of the video game franchise to life. The action-packed series follows Master Chief, a super-soldier trained to battle an alien group known as the Covenant. But, when Master Chief has to confront his own humanity, everything changes.

More than 35 years since his character’s debut in “Star Trek: The Next Generation,” Sir Patrick Stewart returns as Jean-Luc Picard for season two of “Star Trek: Picard.” The first season takes place 20 years after the events of “Star Trek: Nemesis;” Picard is retired from Starfleet and grieving the loss of Data when he receives a visit from a new synthetic being that leads him into the next chapter of his life. The second season picks up a year after events of the first, and fans will be glad to know that the show has already been renewed for season three. Stewart stars alongside Alison Pill and Michelle Hurd in season two of “Star Trek: Picard,” now streaming.

If you prefer to forego the movie theater in favor of streaming the best new movies at home, it might be time to upgrade your home theater. Keep reading to check out the best deals on TVs, antennas, TV stands and more.

The latest edition of “The Frame” uses a matte, anti-reflection display. The one-inch-thick screen can stream all your favorite TV shows and movies in 4K resolution, and can seamlessly transition to Art Mode to display your favorite paintings and photographs.

A premium Samsung TV can cost a lot, especially when it’s something like Samsung QN900A Neo TV, which boasts 8K resolution, AI upscaling and a Quantum LED panel. Factor in a massive, 65-inch screen and you’re looking at a $5,000 TV. Luckily, Samsung has a great deal that knocks a hefty $2,000 off the price, bringing it down to $3,000.

With a hexa-core processor that delivers fast, fluid 4K streaming, the Fire TV Cube is the most powerful option when it comes to Amazon’s Fire TV streaming systems. Equipped with a control-compatible soundbar and A/V receivers, you can go entirely hands-free, and just ask Alexa when you want to change something on the TV.

Walmart Deals for Days toy sale: The Barbie Malibu House playset is $50 off for Cyber…