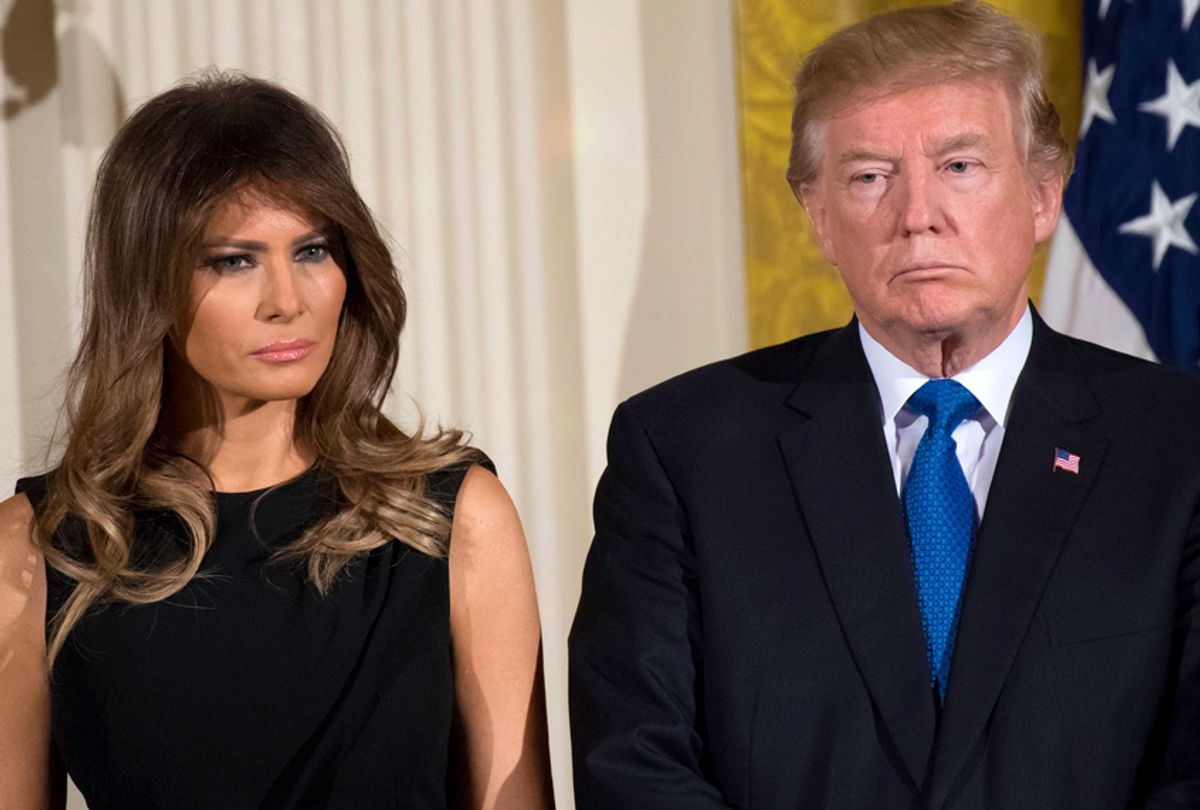 Former Justice Department prosecutor Andrew Weissmann, who worked on special counsel Robert Mueller’s team, explained on MSNBC that if he was advising a client facing what former President Donald Trump is, there would be a strong warning. But it was former acting Solicitor General Neal Katyal who took it a step further.

“If I were Donald Trump’s lawyer right now, thank God I’m not, I would be advising my client to be telling [their] family, ‘I am looking at jail time, and we should make plans accordingly,'” said Katyal.

“That is such a palpably false statement, the comment from Mr. McCarthy that he has seen enough,” said Weissmann. “One of the things that none of us has seen is the warrant, an application to the court. It’s very important to remember this was not a break-in, this was not a raid, this was not the attorney general of the United States deciding willy-nilly on his own that he was going to do the search. A court had to approve the search here based on, as you point out Lawrence, evidence. The evidence had to show that there was probable cause of a crime. That is the way our judicial system works, and that is what happened here.”

While McCarthy may want to hold a public hearing of Garland and demand documents, what the Republicans might ultimately end up doing is drawing additional attention to what Trump stole or attempted to destroy.

“I think the thing that I found the most remarkable and I think it’s really worth people really taking a step back, is this does mean the attorney general of the United States did not trust the former president to simply produce the documents voluntarily pursuant to a subpoena,” said Weissmann. “And it was necessary to go via search warrant. Normally, you think that if you order a subpoena to any reputable person they will produce documents. When you issue and obtain a search warrant, it is because you do not trust that the person will actually produce the documents. That means if they had to have evidence of that that led Merrick Garland to take this step. It was bold but certainly approved by the courts.”

Katyal went on to joke that the irony is that, all of a sudden, Kevin McCarthy cares about document preservation.

“The Trump administration pioneered all these different ways of doing it from flushing it down the toilet, to burning it in the White House fireplace,” recalled Katyal. “Points for creativity, but, all in all, I don’t think I expect a statement from the Justice Department about [McCarthy’s threats].”

See the comments below:

What Principles? LGBT-Germany Agrees to Buy Gas Off From…