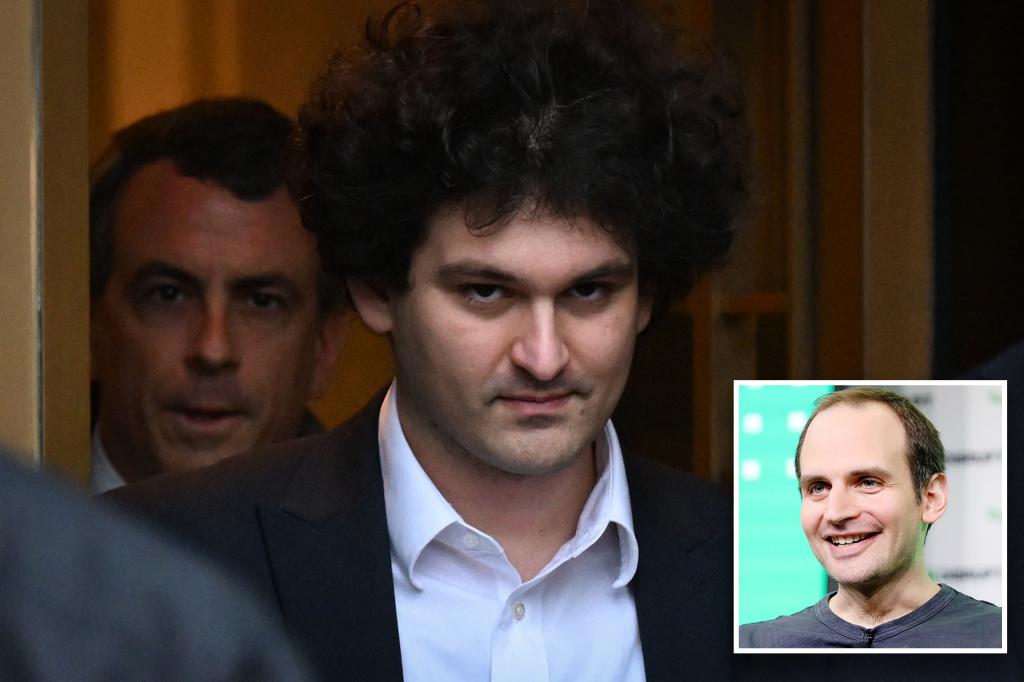 A top FTX executive who resigned from Sam Bankman-Fried’s doomed cryptocurrency exchange just weeks before it went belly up says the disgraced mogul was an “insecure” manager who brooked no dissent and threatened to destroy anyone who stood in his way.

Brett Harrison, who headed the US affiliate of the now-bankrupt Bahamas-based company, said that Bankman-Fried was consumed by “total insecurity and intransigence when his decisions were questioned” and that he displayed “spitefulness.”

“I realized he wasn’t who I remembered,” Harrison tweeted about Bankman-Fried, who remains under house arrest in Palo Alto, Calif., while awaiting trial on federal fraud and money laundering charges. Bankman-Fried, 30, has pleaded not guilty.

Harrison posted a lengthy tweet thread describing his final days at the firm, which went from being worth more than $26 billion at its heights to filing for bankruptcy protection this past November.

“My relationship with Sam Bankman-Fried and his deputies had reached a point of total deterioration, after months of disputes over management practices at FTX,” Harrison tweeted on Saturday.

FTX’s collapse was triggered by rival Binance’s decision to dump its holdings in FTT, the in-house digital token created by Bankman-Fried’s company. The head of Binance, Changpeng “CZ” Zhao, also ended discussions with FTX on a rescue acquisition.

It was later learned that FTX was using customer deposits to cover risky bets made by Bankman-Fried’s hedge fund, Alameda Research. After FTX declared bankruptcy, a CEO was installed to help investors and creditors claw back billions of dollars.

Harrison, who spent less than 18 months as president of FTX US, is not facing any criminal charges. He said he quickly noticed signs of trouble during his brief tenure.

“From the start, I noticed that while Sam was rarely engaged on the US business, decisions impacting the US would come, without warning, from the Bahamas,” Harrison tweeted.

Harrison said that it was in the first six months of his tenure that “pronounced cracks began to form in my own relationship with Sam.”

“Around then I began advocating strongly for establishing separation and independence for the executive, legal and developer teams of FTX US, and Sam disagreed,” Harrison tweeted.

Harrison claimed he stood up to Bankman-Fried, who surrounded himself with an inner circle that was afraid to question his decisions.

“There was tremendous pressure not to disagree with Sam, but I did so anyway,” according to Harrison.

Bankman-Fried loomed large over the company, which made it harder to challenge his decisions, Harrison tweeted.

“At that time, and for all of my time at FTX US, his influence over the media, FTX’s partners, the venture capital industry, and the traditional finance industry was pervasive and unyielding,” he said.

“Standing up to an insecure, prideful manager is hard under any circumstance,” Harrison continued.

“But it’s nearly impossible when every day, every major voice of culture and commerce deafens you with a narrative that implies if you disagree with your manager *you* clearly must be wrong.”

Harrison said that Bankman-Fried ignored “experienced professionals” who came to work at FTX from various law firms and financial entities.

“Our collective experience and professional acumen were frequently treated as though they were irrelevant and valueless,” according to Harrison.

“It was extremely frustrating for all of us.”

At the time of his abrupt departure in September, Bloomberg described Harrison’s resignation as a “surprise exit” that raised eyebrows within the cryptocurrency sector.

Prior to joining FTX, Harrison had stints at Citadel Securities and the quantitative trading firm Jane Street. Bankman-Fried and his ex-lover Caroline Ellison, the former CEO of the shuttered cryptocurrency hedge fund Alameda Research, are also Jane Street alums.

Ellison and FTX co-founder Gary Wang have both pleaded guilty as part of plea deals with the federal government. They are expected to testify against Bankman-Fried in exchange for lighter sentences.

Why Ukraine believes tanks can turn the tide of war – POLITICO