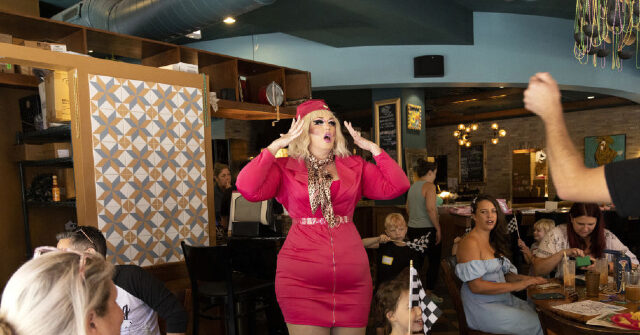 Florida’s Department of Business and Professional Regulation (DBPR) is investigating a sexually explicit drag show that took place in Fort Lauderdale on December 26 and welcomed children in the audience.

The drag show,  “A Drag Queen Christmas,” appears to be the same show attended by the Democrat mayor of Knoxville in her city, which featured simulated sex acts and exposed fake breasts, as well as other explicit material and scenarios:

Mayor of Knoxville, TN attended “Drag Queen Christmas” which was open for “all-ages.”

The show is by a group on tour throughout the US. Their shows feature exposed buttholes, simulated sex acts, & oversized fake exposed breasts.

Elected officials are promoting this. pic.twitter.com/60rLNhrVGL

In a message to media partners, Bryan Griffin, press secretary for Florida Gov. Ron DeSantis (R), said the office is currently working on behalf of DBPR and added that the department will field follow-up questions as details become available.

According to the statement, DBPR was made aware of “multiple complaints about a sexually explicit performance marketed to children held in Fort Lauderdale on December 26th” and is “actively investigating.” The investigation includes “video footage and photographs from the event.”

“DPBR will, like in other cases, take action,” the statement reads, making it clear that “exposing children to sexually explicit activity is a crime in Florida, and such action violates the Department’s licensing standards for operating a business and holding a liquor license.

“The Department will share any collected evidence with the Florida Department of Law Enforcement (FDLE) for potential criminal liability.”

The Department frequently conducts investigations into these matters upon tips provided by the public, and we thank the public for continuing to bring attention to these incidents. Investigations of such allegations will remain a priority for the Department and, indeed, are ongoing.

As Breitbart News reported on the show’s national tour:

The show, which went on a national tour, featured sexual gestures, independent reporter Tayler Hansen explained. Hansen, who attended and reported on the show in Austin, Texas, captured video of the event.

In Hansen’s video, a drag queen can be seen talking to a nine-year-old and praising a mom for bringing her child before saying, “Hello! Are you reaching for my titties? Are you hungry?” The drag performer was wearing an extremely inappropriate costume that revealed fake breasts.

In another clip, two men dressed in revealing reindeer costumes simulate sex with each other. Hansen estimated that roughly 20 children were present at the event.

After noticing MULTIPLE children in the audience at the explicit Drag Queen Christmas in Ft Lauderdale I called out performer Nina West for inviting and allowing children to come to her sexually explicit shows! pic.twitter.com/3XA4qqV0IR

Over the summer, the DBPR served a complaint on a Miami bar that offers drag shows to children.

This story is developing.