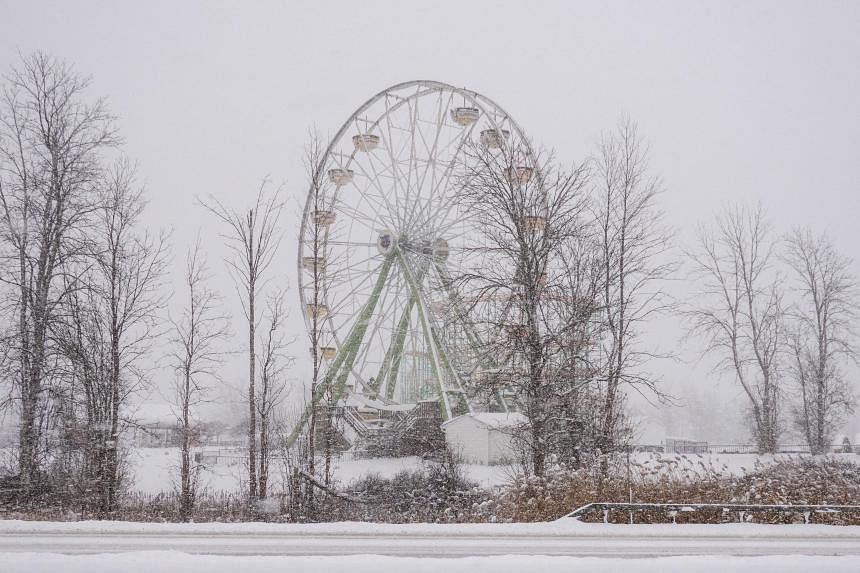 UNITED STATES – In a moment of madness, I decided to take the family on a coast-to-coast trip in the United States this December.

What was I thinking? It did not occur to me, when I made the bookings, that I was sentencing myself to 12 consecutive days of extreme family travel in nasty winter conditions.

The romantic in me thought that it would be great to show my younger son S, who is 17, the country where my wife and I went to graduate school. S had lived there as a young child for several years when we were working or studying there, and had not been back since. The trip was a chance to show him the country anew, now that he is older.

Some might say it is a great idea. Almost two weeks on the road together. Extraordinary experiences. Gorgeous sights and sounds. An exploration of the land of the free, with lots of quintessential American dining delights.

We would indulge in the romance of family travel. Spend time together. Laugh. Talk. Eat.

But it turned out to be too many hours huddled shoulder to shoulder in tiny airplane seats with our bags, computers and heavy winter jackets. Seated with babies screaming and chucking Cheerios at my feet, alongside sniffling unmasked passengers, made me wish on numerous occasions that I had booked a beach holiday nearer home.

Where were the leisurely drives where we would bask in golden wintry sunlight? What about those moments when my wife’s eyes would sparkle as I sped along American freeways to our next family adventure?

In reality, there is something about winter that sucks energy from humans. Even loving family members transmogrify into petty, snarling ogres in the cold.

Driving in pitch darkness except for the car’s headlights and arriving late in a city turned me into just such an ogre, of the Uber-driver-from-hell variety.

Once, in the middle of the trip, we were stressed, hungry and tired when we were bundled into our rental car. As I drove, someone would navigate using my phone’s GPS. When we missed an important exit at a busy intersection, I lost my temper and grabbed my phone back.

Suddenly, the mood in an already cold car plummeted to Arctic levels. While I apologised for my behaviour after the incident, I had drawn first blood and no one’s eyes were sparkling that night.

It did not help that I decided to book us into hotel rooms with two queen beds instead of reserving two rooms. But I had figured that with our older son, R, serving his national service, it might make sense to save a few dollars by sharing rooms throughout the trip.

Of course, I did not think about how individuals would cope with jet lag differently. With different members of the family up at all hours of the night, tapping furiously at the computer or on the phone, how could anyone get a restful night’s sleep?

Maybe I thought that after 23 years of marriage, it was time to give the marriage a real test. Living out of a suitcase for two weeks. Wake-up alarms at 4am to catch early flights, followed by long difficult drives. What an appropriate test.

Like a game of marital Jenga, I seemed intent to see how much I could load into the trip before it came crashing down.

Flying 10,000km on domestic flights and driving 1,500km on the road trip showed just how much the family indulged my madness.