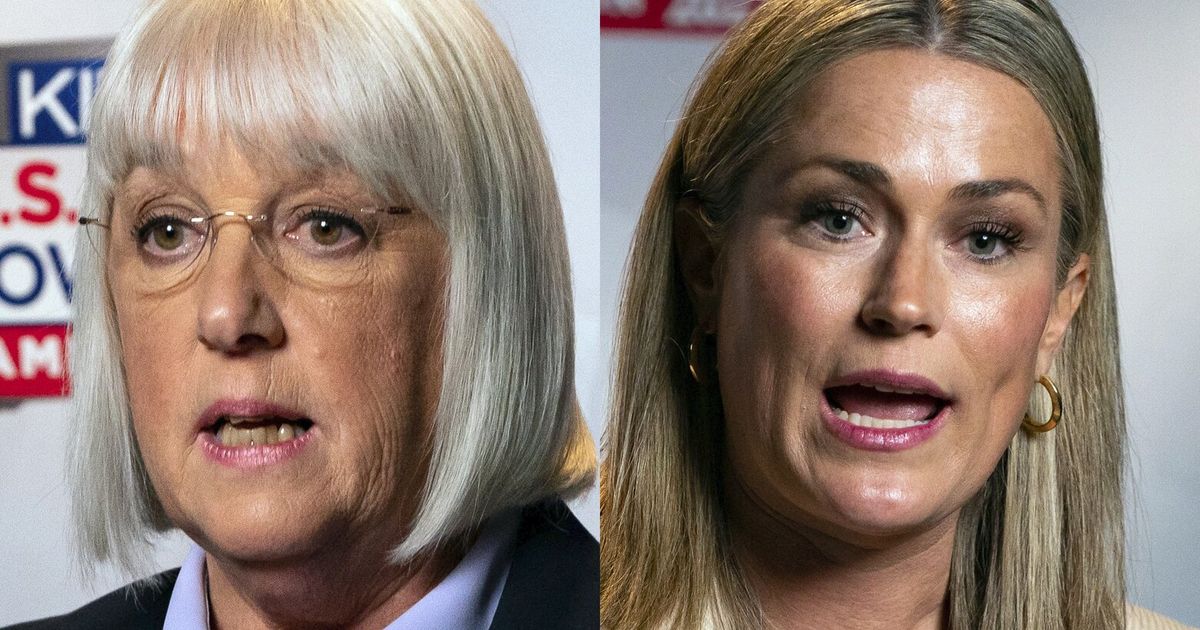 Below, we’ve provided more context and explanation for several of the more contentious statements from the debate.

The two candidates were asked how they’d protect Medicare. Murray promised to always work to secure the program. She touted new changes passed by Democrats this year, such as allowing Medicare to negotiate prescription drug prices, capping the price of insulin at $35 a month and capping out-of-pocket prescription drug prices at $2,000 a year.

Smiley promised not to alter Medicare for people “who are receiving or about to receive benefits” but did not rule out future changes or benefit cuts.

Smiley said, “Murray is a proponent of ‘Medicare for All,’ which we know would be Medicare for none.”

Asked for evidence that Murray supports Medicare for All, Smiley’s campaign, curiously, pointed to an article headlined: “Murray, Cantwell Aren’t Backing Medicare for All Bill.”

The article, from 2017, says Murray is considering Medicare for All legislation, alongside other health care proposals.

“I am focused right now on fighting back against Trumpcare and getting Republicans to join us on legislation to stabilize health care markets and prevent premium increases,” Murray said in 2017.

In response to a question on gun control, Smiley used an attack that has featured prominently in Republican campaigns across the country: accusing her Democratic opponent of wanting to defund the police.

“Sen. Murray went on the Senate floor, June of 2020, and called for funds to be diverted from our police force,” Smiley said.

During the campaign, Murray has consistently touted the billions in police funding provided by the Democrats’ 2021 COVID-19 recovery legislation.

On her website, Smiley points to a June 11, 2020, speech from Murray, about two weeks after the killing of George Floyd.

Murray was speaking in support of the Justice in Policing Act, a Democratic bill that aimed to improve police training, require states to report data on police use of force and reform police qualified immunity.

She made no broad calls to divert funds from police, but listed a few specific circumstances in which police could lose resources or equipment.

Murray, in her speech, said federal dollars should only go to police departments that committed to banning police chokeholds. (Washington banned police chokeholds in 2021.) She also called for limiting “the transfer of military-grade equipment to state and local law enforcement.”

And she called for “reinvesting and supporting our communities, rather than allowing law enforcement to be an unaccountable militarized non-answer” to calls for health care, schools and safety.

The candidates were asked what, if any, limits they support on abortion, “including late-term abortions.”

Abortion has been a dominant campaign issue since the Supreme Court overturned Roe v. Wade, with Murray promising to codify Roe’s protections and Smiley saying she is “pro-life” but also saying she would also oppose a federal abortion ban.

“Late-term abortion is a canard,” Murray said. “Women don’t make a decision at the end of their pregnancy, they do have a right to be able to make that decision according to their own needs.”

Late-term abortions, generally defined as those taking place after 21 weeks of pregnancy, are a tiny minority of abortions. More than 92% of all abortions take place before the 13th week of pregnancy, according to data from the Centers for Disease Control and Prevention. The same CDC data found less than 1% of abortions happen after the 21st week.

Pressed on what limits she would place on abortion, Murray didn’t directly answer, but said the legislation she wants to pass would codify Roe, which protected abortion prior to fetal viability.

Asked about climate change and Washington’s recurring forest fires, Murray pointed, in part, to the recently passed Inflation Reduction Act. Passed by Democrats only, it is the largest-ever investment in slowing climate change, with billions of dollars in tax credits for clean energy, electric vehicles and biofuels.

To pay for the investments, it lets Medicare save money by negotiating prescription drug prices, increases corporate taxes and improves tax collection by boosting IRS funding.

Smiley has assailed the Inflation Reduction Act and said climate change should be addressed locally.

“Last time I checked, 87,000 IRS agents do not change the weather,” she said. “So we need to work locally with our people here in Washington state to manage our forests.”

The claim that the Inflation Reduction Act would result in 87,000 new IRS agents has been featured by Smiley and other Republicans in ads.

The 87,000 number comes from a Treasury Department report on how it might use the new funding over the next 10 years. Not all 87,000 hires would be agents, many would work in IT or customer service. And the same report notes the IRS is expecting 50,000 employees to retire in the next five years, so most of the new hires would be replacing for attrition.

For more information about voting, ballot drop boxes, accessible voting and online ballots, contact your county elections office. Ballots must be postmarked by Election Day, Nov. 8, or put in a drop box or returned in person to your county elections department by 8 p.m. that day. Be sure to sign the ballot envelope.

For more information on your ballot, in any county, go to: myvote.wa.gov

The world hopes Lula will save the Amazon. After Bolsonaro, it won’t be easy