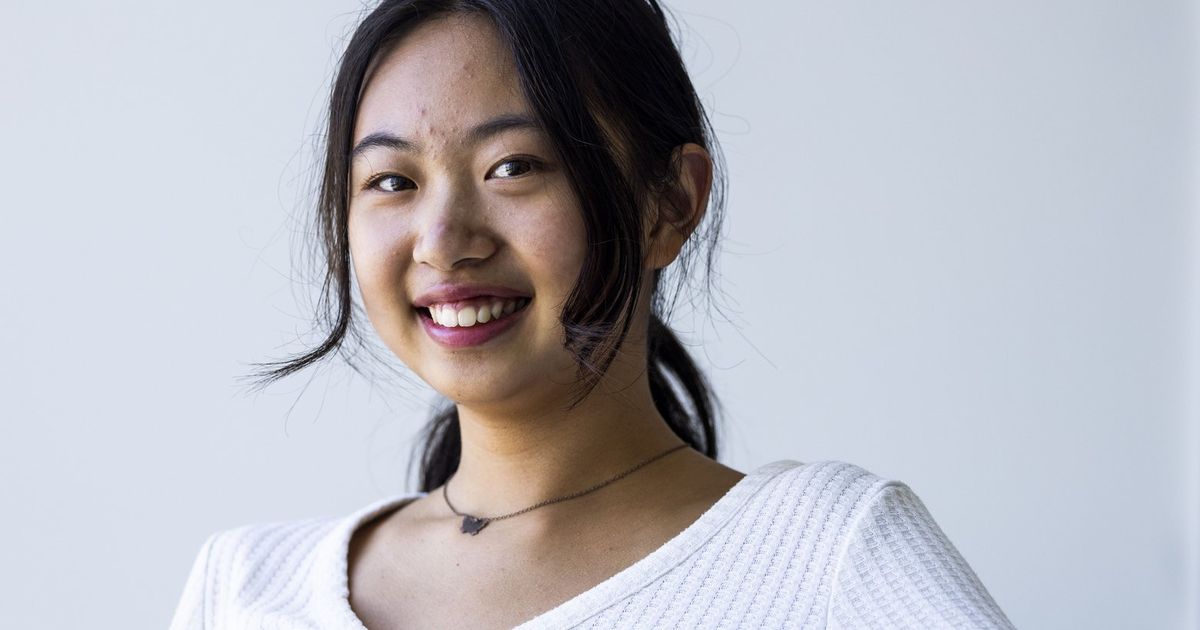 Among more than 1,000 submissions, Pinyu Liao’s work stood out.

She’s a rising senior at Inglemoor High School in Kenmore, and this summer she became one of two teens across the globe selected to showcase her video project at the World Health Organization’s annual film festival.

In an eight-minute documentary, the 16-year-old tells the story of antibiotic resistance — or what happens when bacteria evolves to a point where it’s no longer treatable by antibiotic drugs. In short, she says, even seemingly minor infections could start to kill more and more people in coming years if new drugs aren’t developed.

“A lot of people think antibiotic resistance is an issue just for doctors and scientists to figure out and when you run out of the antibiotics, we’ll develop more,” Liao said. “But that’s not what’s happening.”

Her interest in antibiotic resistance piqued in 2019, after her healthy grandmother, 80-year-old Cheng Ju-Shun, suddenly died from a bacterial infection in her leg.

“We don’t know where it came from,” Liao said. “It appeared out of nowhere. And doctors couldn’t find any antibiotics to save her.”

Within two weeks of diagnosis, her grandmother was dead.

Her family’s shock and confusion pushed Liao to learn more about how her grandma had gotten so sick and why available antibiotics hadn’t helped.

After spending months poring over news clips and research papers from the past century, she started to uncover answers, mostly centered on how little antibiotic development is in the works anymore.

Between the 1940s and 1960s, during a period researchers call the “golden age of antibiotics,” scientists discovered the majority of antibiotics still in clinical use today. But because, in theory, antibiotics are developed in order to be saved for future emergencies, rather than for immediate use, the work lacks strong financial incentives for large pharmaceutical companies, Liao said.

So, years ago, drug companies pivoted their focus to more profitable treatments for long-term illnesses, like cancer or heart disease. As a result, the nation’s supply of antibiotics has slowly dwindled and drug companies haven’t had much incentive to boost production or develop new, more advanced antibiotics, said Dr. Paul Pottinger, an infectious diseases professor at UW Medicine whom Liao interviewed for her documentary.

Pottinger helps run the Tele-Antimicrobial Stewardship Program at the University of Washington, which educates physicians, pharmacists and nurses on responsible use of antibiotics, particularly in smaller, rural hospitals that often don’t have the time or resources to develop similar programs.

“People probably have a sense about this already,” said Pottinger, who’s been sounding the alarm on the issue for years. “If they are worried about durability to antibiotic effectiveness, they’re right.”

According to a recent global study involving UW-housed Institute for Health Metrics and Evaluation, nearly 5 million people died in 2019 from illnesses in which bacterial antimicrobial resistance played a part. Of those, about 1.3 million deaths were the direct result of antibiotic resistance.

The problem has “emerged as one of the leading public health threats of the 21st century” and is “a leading cause of death around the world,” the January study reported.

“Antibiotics are like other precious resources,” Pottinger said. “The more we use, the sooner we lose. It’s like natural resources of water or oil.”

The problem, he said, is that bacteria either evolve to become resistant to antibiotics or they die. And the proportion of bacteria that’s evolving has been increasing for years.

In 2020, Liao decided to take some action in the fight against antibiotic resistance — though her resources were limited.

But with some funding and mentorship from foundry10, a Seattle-based education organization that supports student projects, she began piecing together ideas for a documentary about steps the public can take to fight antibiotic resistance.

“Normally, when you’re just presented with stats and facts, it sometimes doesn’t sink in,” she said. “So I wanted to show this as an entire story, why it’s important and what people can do.”

By the following summer, Liao had dug up some archival news footage, finished her storyboard and was lining up interviews, including with Nicholas Strand, whose wife Brianna, a Poulsbo native, died in 2017 from bacterial lung infections.

In the video, Strand and doctors make a plea for people to only use antibiotics when prescribed by a doctor; always take their full prescriptions; never use leftover antibiotics; never share them; and prevent infections by washing hands and getting vaccinated.

The documentary was finished by late 2021 — and Liao decided on a whim to submit it to the WHO’s annual film festival. She was shocked when she heard the results.

“I didn’t realize I’d be able to do something like that,” she said. “And I realized I could use impacts I’ve had on my life and make a difference and do something that might help others.”

Liao is about to start working on college applications as she enters her senior year, but hopes to revisit documentary making and bettering scientific communication with the public in the future.

“I’m so grateful [Liao] put the doc together. … It was not that long ago we would have a young, healthy person die of an infection on a regular basis,” said Pottinger, citing the sepsis death of former President Calvin Coolidge’s 16-year-old son in 1924.

“History is full of these tragedies,” he said. “I don’t want to go back to that.”

Can plants think? The burgeoning field of plant neurobiology has a lot to say on the…

Why was Alec Baldwin named as a ‘possible defendant’ in Rust…

Erling Haaland knows his Manchester derby history… but will…